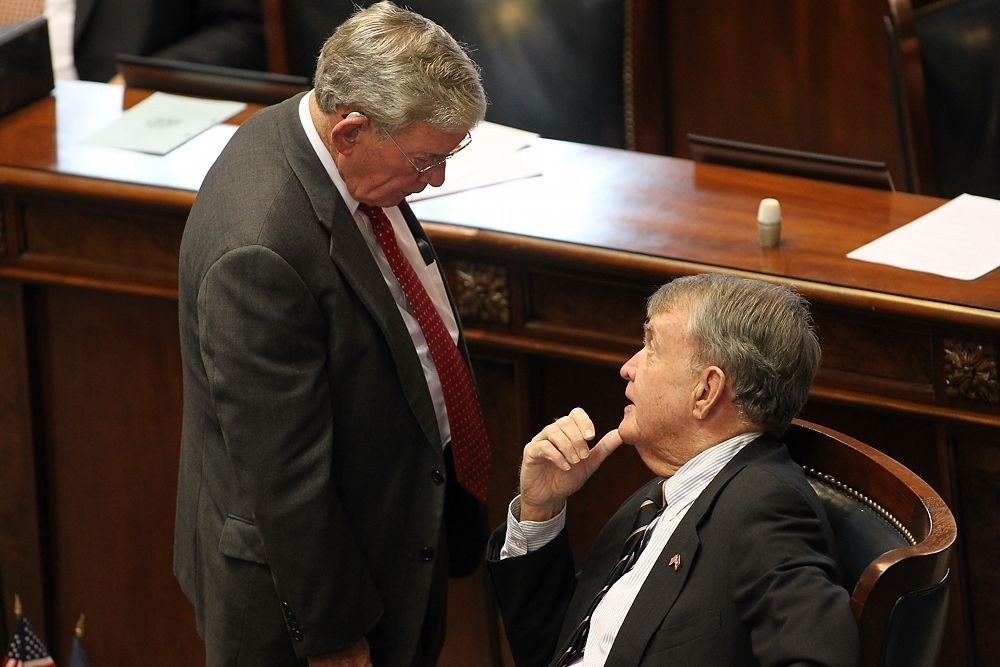 || By FITSNEWS || South Carolina lawmakers are patting themselves on the back for pushing various “ethics reform” proposals this year.  Unfortunately – as was the case with last year’s “reform in name only” bill – this year’s legislation is more bark than bite.

In fact it’s shaping up to have zero bite … although we’re sure S.C. governor Nikki Haley (who has zero room to talk on this issue) will be clamoring for its passage regardless.

Because remember … it’s not about actually accomplishing anything, it’s about giving the appearance of accomplishing something (while the thievery goes on unmolested).

Anyway, lawmakers would retain vast “self-policing” powers under the various ethics proposals being floated – which is totally unacceptable (and totally inconsistent with the goal of creating true “independent” oversight).  According to an analysis prepared by the S.C. Policy Council – a libertarian-leaning think tank – the current legislative proposals “don’t even achieve independent investigation – let alone independent punishment.”

In other words, corrupt state lawmakers would continue to wield disproportionate influence whenever citizen complaints are filed against sitting or former lawmakers – a process that has proven adept at whitewashing and burying scandals.

But not so adept at that whole “accountability” thing …

The legislative self-policing process has also opened up those filing the complaints to legal repercussions.

“The reason lawmakers are being forced to deal with the question of self-policing at all … is that state lawmakers, unlike any other elected officials in South Carolina, are governed by their own set of laws – a set of laws they and they alone enforce and adjudicate,” the analysis continued. “That’s a large part of what allows them to control the other two branches of government, ignore the concerns of citizens, and profit from state government.”

Indeed … so how do we fix it?  (Well, aside from removing legislative control over other branches of government).

“The only way to end legislative self-policing is by putting lawmakers under the same laws that govern everybody else,” the Policy Council report continued.  “After all, every other person in South Carolina is independently policed: why should state lawmakers be any different?”

Strip away the “self-policing” and state lawmakers would be bound by the same consequences as the rest of us … which is what real “accountability” is all about.  In fact we would argue that “leaders” – to the extent anyone at the S.C. State House deserves to be labeled as such – ought to hold themselves to a higher standard than the rest of us.