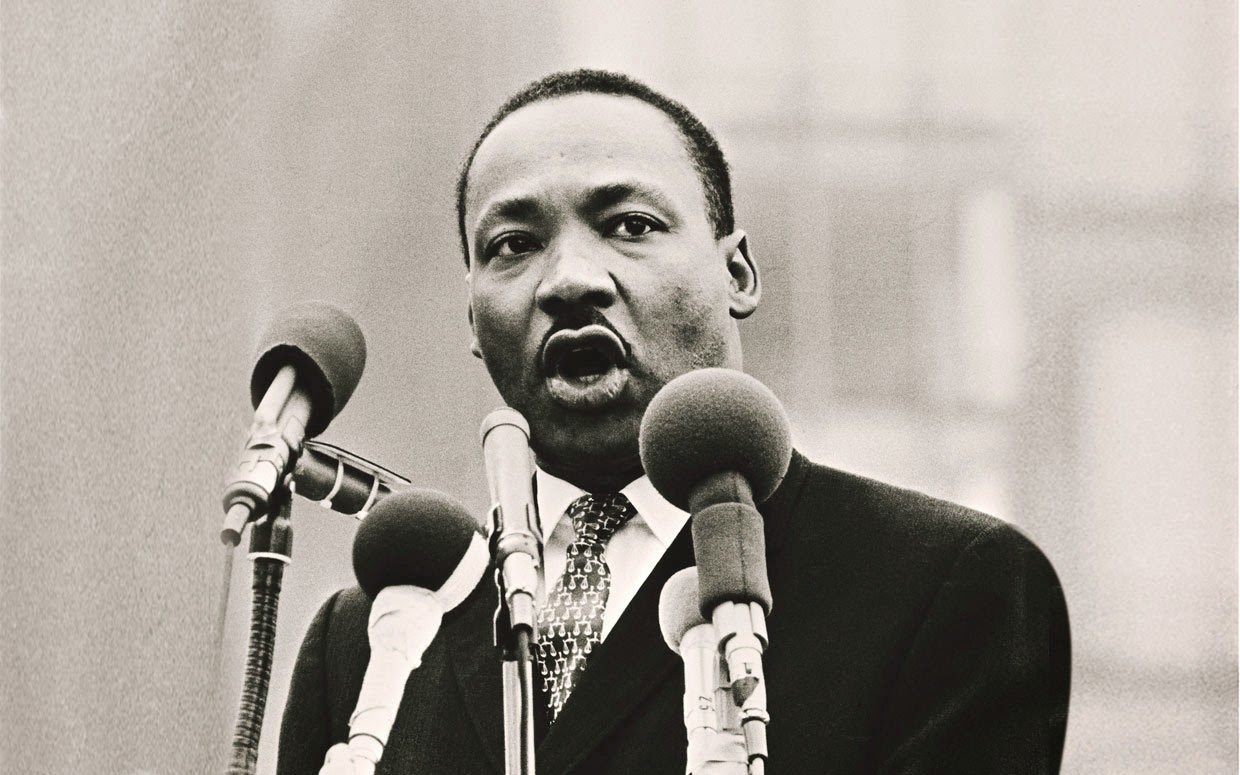 This news site has always championed the legacy of Martin Luther King, Jr.  For all of his flaws, the late preacher and civil rights leader advanced an essential and necessary expansion of liberty as well as a long-overdue affirmation of equality.

Both of these ideals are indispensable to the American experience …

“We can argue all day about King’s personal ethics and politics, but the fact remains he fought for individual freedom – and we can’t hate on anybody who does that,” we wrote back in 2009.

“We can’t think of anyone better than King at articulating the fundamental essence and importance of liberty,” we added the following year.

Of course King’s legacy – breathlessly extolled by political leaders of all races and ideologies – has seen significant erosion in recent years.  Two years ago, this news site assessed the status of King’s dream from a purely economic standpoint – remarking on how blacks saw significant reverses in their fortunes under the administration of former U.S. president Barack Obama.

Last year in a lengthy column we noted how rising racial tensions were moving King’s dream backward even further.  We initially picked up on this theme back in 2015 – in our first MLK Day post following the 2014 Ferguson riots.

In that column, we referred to the #BlackLivesMatter movement as “a massive diversion … a calculated effort to keep black anger alive, albeit hopelessly misguided.”

In response to that violence, we pointed out that “what we are bearing witness to is not white versus black – nor is it right versus left – it is serf versus serf.”

“Who to blame is irrelevant,” we added.  “It is the concocted, increasingly convoluted search for blame that is ruining us.”

Which brings us to the dirty little secret in American politics today: For all their talk of unity, our nation’s political leaders are doing everything in their power to keep us separated.

They don’t want us united, they want us divided.  Because if we’re blaming each other, we’re not blaming them.

It’s working, too.  And not just on the basis of race, either …

Don’t get us wrong: You have the right to be racist.  In fact, you have a right to dislike anyone for any reason you choose.  But this liberty ceases to exist at the moment it starts to infringe upon the liberty of another (ahem, Dylann Roof).  And in the final analysis, we will all be judged by the same moral code – which holds that racism is an inherent evil irrespective of its directional orientation.

Is this honestly so difficult to comprehend?

Our hope is that next year we will be able to write that America has stopped the racial backsliding – that King’s dream is something we are once more striving to obtain, not permitting to be undermined.

Got something you’d like to say in response to one of our stories? Please feel free to submit your own guest column or letter to the editor via-email HERE. Got a tip for us? CLICK HERE. Got a technical question or a glitch to report? CLICK HERE. Want to support what we’re doing? SUBSCRIBE HERE.
Banner: The King Center