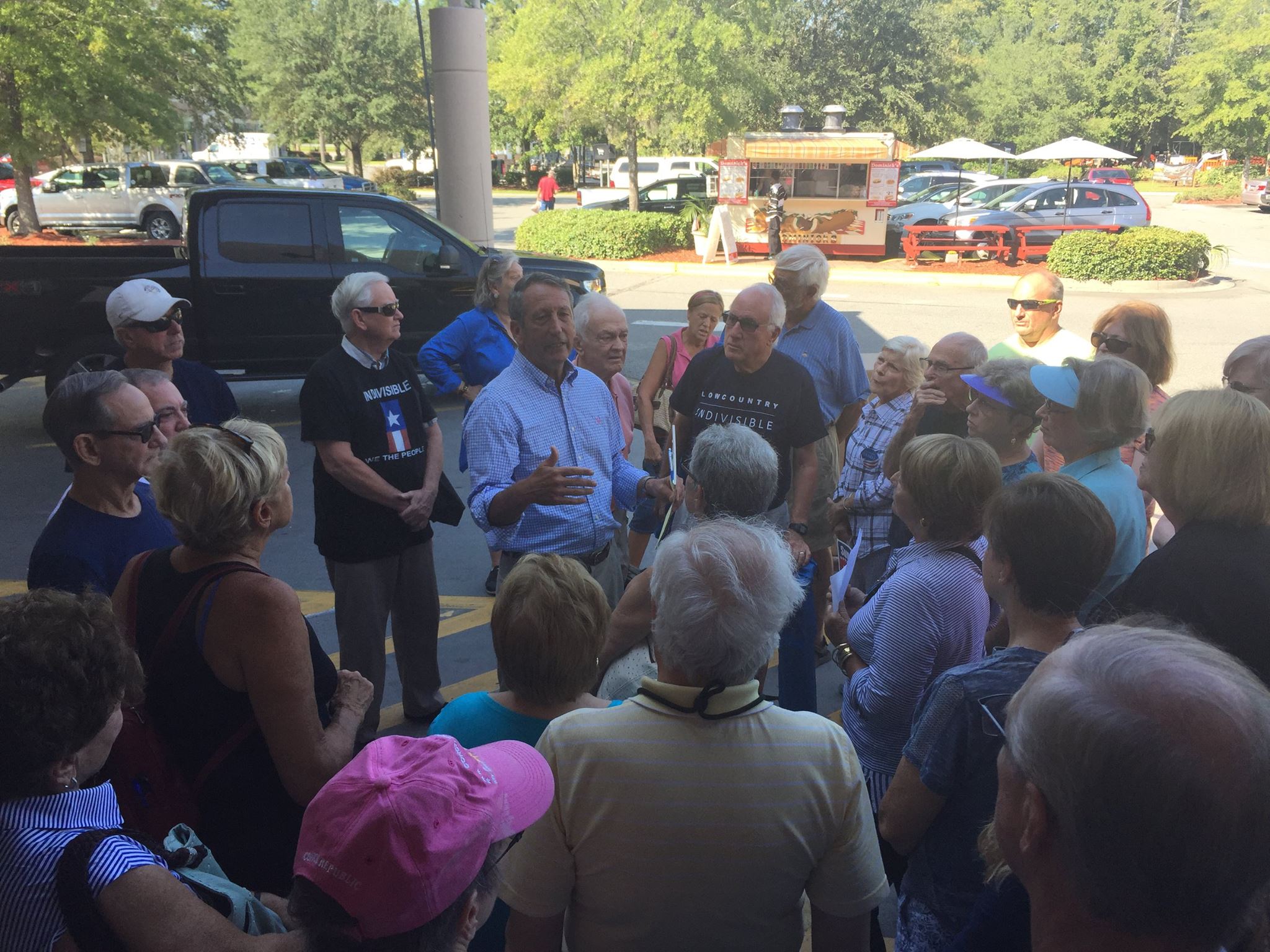 U.S. congressman Mark Sanford continues to entertain the notion of running for reelection as governor of the Palmetto State … the office he held from 2003-2011 (barely).

Unfortunately, the numbers don’t seem to support his aspirations.

Sanford, 57, has been polling his statewide prospects ever since he was reelected to the U.S. House of Representatives in a special election back in 2013, multiple sources familiar with his political operation tell us.

“He’s polled it more than once, for several years in fact,” one source close to the congressman’s office told us.

What are the results?

Fearing that they might be identified, our sources declined to provide specific data – but they did tell us Sanford’s enduring lack of support in the Midlands and Upstate regions of the Palmetto State continues to be his undoing.

“He keeps hoping it will change, but it doesn’t,” one source told us, “He loses in the Upstate and Midlands, (and the) Lowcountry alone can’t carry him back to the governor’s mansion.”

What is Sanford’s obsession with reclaiming his old job?  You know, aside from reviving the fantasy of using it as a springboard to the presidency (something he was actually poised to do before his epic 2009 implosion).

That’s the amount of money Sanford has sitting in his 2006 reelection account: $1,087,121.88, to be precise.  In fact, that’s how much money has been sitting in Sanford’s account for nearly a decade, gnawing at the scandal-scarred politician.

“Not enough to start a foundation that can hire him as executive director, too much to just give away,” one Washington, D.C. observer told us.

It is enough, however, to kickstart a statewide campaign … assuming Sanford were a viable candidate for governor or U.S. Senator.

According to his own numbers, though, he isn’t … even with a million dollars to launch his bid.

Sanford also has more than a million dollars in his congressional account, but he is struggling to raise money for his reelection against first-term state representative Katie Arrington.

What gives?  After a tremendously unimpressive performance in last year’s GOP primary against underfunded opponent Jenny Horne, Sanford has been besieged on a multitude of fronts.  He has been dogged by reports of a lingering campaign finance scandal (rumored to involve ongoing illegal activity) as well as unresolved allegations of child abuse involving his young niece.  As of this writing, a S.C. State Law Enforcement Division (SLED) investigation into the mysterious June 2016 incident involving Sanford and his grammar school-aged niece remains open.  Meanwhile, sources close to a family court case involving the girls’ parents tell us a Lowcountry judge has barred the former governor from having any contact with her.

All of those stories broke exclusively on this news site, by the way …

In addition to these problems, Sanford has chosen to alienate broad swaths of the GOP primary electorate by becoming a card-carrying member of the #NeverTrump establishment in Washington, D.C.  Not only could that cause serious problems for him with his district’s  “Republican” base, it could prompt U.S. president Donald Trump to get involved in his primary election on Arrington’s behalf.