According to television station WIS TV 10 (NBC – Columbia, S.C.), inmates were on the roof of the facility attempting to escape while a fire raged inside the prison.  That information was provided by the McCormick County sheriff’s office, which has been responding to the incident along with SCDC officers.

Apparently, it wasn’t quite accurate …

A statement from the state prison system downplayed the severity of the situation.

“We are actively responding to an isolated incident in one housing unit at McCormick,” SCDC’s official twitter account noted.  “All staff are safe and accounted for.”

A follow-up tweet reiterated that “this incident is isolated to one housing unit and has never effected the entire prison.”

Still, we’re told a special riot unit was being dispatched from Columbia, S.C. to help deal with the situation at McCormick.  Our sources described the unit as a “quick reaction force” comprised of heavily armed, heavily armored officers.

Violence at McCormick has been getting worse in recent weeks.  Just last week an inmate-on-inmate incident at McCormick led to a brawl resulting in “numerous injuries.”  News of that brawl was first reported by this news site.

According to one source familiar with the prison, last week’s violence was worse than what transpired on Wednesday.

“All that happened (today) was inmates chasing officers with knives, which (is) pretty standard for (McCormick),” our source said.  “Last week was way worse.  Members of the Bloods took over the yard and stabbed four inmates and chased off all the officers from the yard.”

As a follow-up to our article last week, we received reports from the mother of an inmate at McCormick who told us the prison’s water system had been “completely shut off” in the aftermath of the initial brawl.

“Toilets can’t be flushed and the inmates are not being given drinking water at all!” our source said.  “Actions by those in authority are causing unrest and reactions.  Maybe this is the cause of problems that no one is addressing.  It is inhumane to lock men up and not give them drinking water or flushing toilets!”

“This was rebellion not riot,” a Twitter group that bills itself as advancing prisoners’ human rights noted. “Due to no water being given to drink.”

Sources also told us last week that a veteran guard at the facility was arrested attempting to bring drugs into the prison. 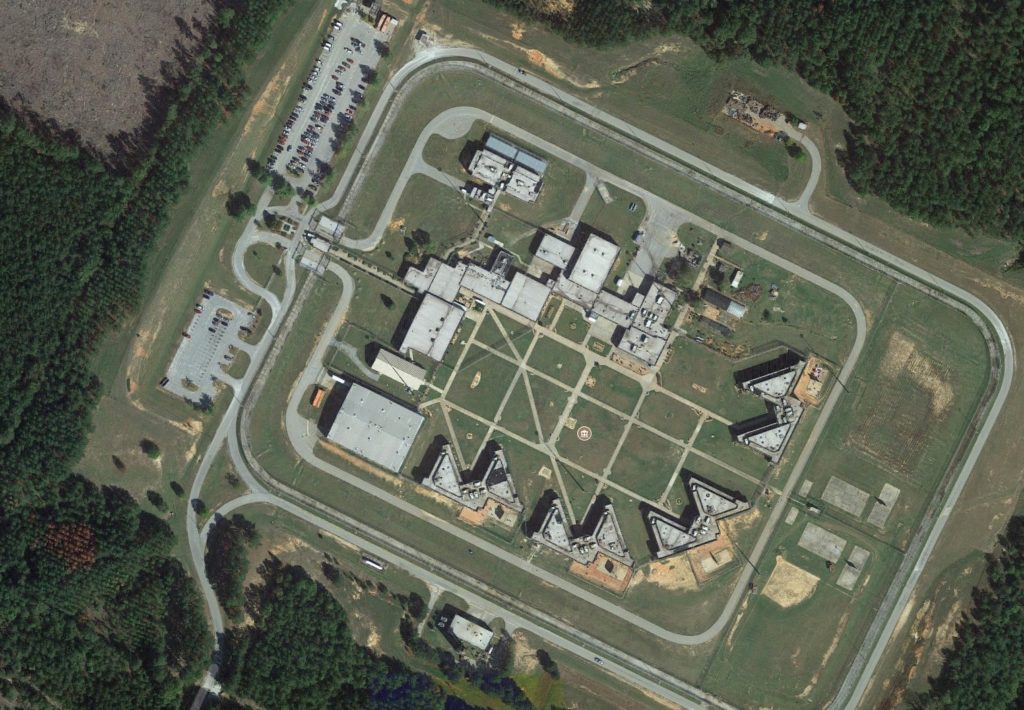 SCDC is one of the cabinet agencies of governor Henry McMaster that has consistently refused to respond to media inquiries from this news site.  That often makes it difficult to confirm these reports.

McCormick is one of six “high-security institutions designed primarily to house violent offenders with longer sentences, and inmates who exhibit behavioral problems,” according to the SCDC website.

The violence is the latest bad news for a prison system that has been rocked by multiple scandals this year – most notably a high-profile escape that led to exposure of glaring breakdowns in security at Lieber Correctional Institution, a level three prison located in Ridgeville, S.C.

As noted in our prior coverage, this news site has covered numerous SCDC scandals over the years – including efforts by former governor Nikki Haley’s administration to cover up prison riots similar to the one that took place on Wednesday.  Palmetto State correctional facilities have also served as a backdrop for sex scandals and murders.  And serious sentencing errors.

SCDC received $482.3 million in the current state budget (which began on July 1).  That’s an increase of 7.1 percent over a two-year span.

Is it making the best use of that money?  It certainly doesn’t seem so … especially considering the state’s inmate population has been reduced by roughly thirty percent over the past decade.

Given the rash of scandals, this website has called on McMaster to fire SCDC’s current director, Bryan Stirling.  Of course we’ve also heard from Stirling supporters who say our criticism is off-base.

Stay tuned … we look forward to hearing from all perspectives in the aftermath of this latest incident.