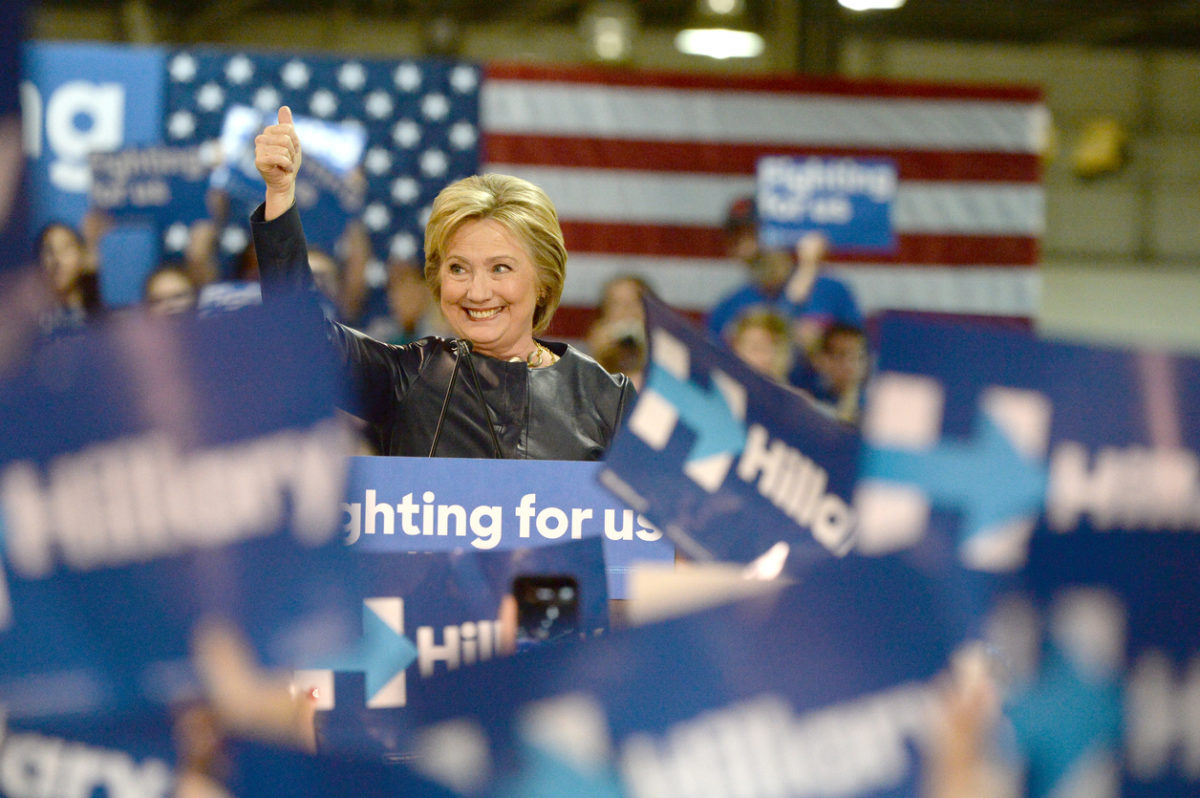 Former Democratic presidential nominee Hillary Clinton is blaming her 2016 primary opponent Bernie Sanders – and specifically his alleged manipulation of a scene from the movie There’s Something About Mary – for her defeat in last year’s presidential campaign.

In her new book entitled What Happened, Clinton claims that Sanders employed a strategy from the movie to undercut her during the 2016 Democratic primary (which she won – but only after it was rigged by the Democratic National Committee and a bunch of super donor superdelegates).

According to Clinton, her top policy aide – Jake Sullivan – told her Sanders’ campaign strategy reminded him of a scene from the 1998 Farrelly Brothers movie There’s Something About Mary, in which a murderous hitchhiker played by comedian Harland Williams reveals his master plan for fortune and fame is to launch a workout video franchise entitled “seven-minute abs” to top the famous “eight-minute abs” franchise.

“We guarantee just as good a workout as the eight-minute folk,” the hitchhiker tells the movie’s protagonist, portrayed by actor Ben Stiller.

Playing devil’s advocate Stiller’s character responds that the hitchhiker’s idea will only work until “someone comes out with six-minute abs.”

“That’s what it was like in policy debates with Bernie,” Clinton wrote. “We would promise a bold infrastructure investment plan or an ambitious new apprenticeship program for young people, and then Bernie would announce basically the same thing, but bigger.  On issue after issue, it was like he kept promising four-minute abs, or even no-minutes abs. Magic abs!”

Throughout the primaries, every time I wanted to hit back against Bernie’s attacks, I was told to restrain myself. Noting that his plans didn’t add up, that they would inevitably mean raising taxes on middle-class families, or that they were little more than a pipe dream – all of this could be used to reinforce his argument that I wasn’t a true progressive. My team kept reminding me that we didn’t want to alienate Bernie’s supporters. President Obama urged me to grit my teeth and lay off Bernie as much as I could. I felt like I was in a straightjacket.

We’re going to go out on a limb and suggest that Sanders’ use of a “no-minute abs” rope-a-dope against Clinton was not the reason she lost.

Her being a criminal, on the other hand …

Seriously, the Clinton family is the closest thing to a warmongering global crime syndicate we’ve ever seen in politics – and while we’re learning not to indulge schadenfreude, we’re not going to lie and say we didn’t derive some measure of pleasure watching her lose.

Although given how the “Republican” Congress is refusing to govern, it seems the outcome of the election was (or up to this point has been) irrelevant.