Last year, #NeverTrump congressman Mark Sanford of South Carolina faced a low-budget opponent from the far left wing of the “Republican” spectrum … and still only managed to win reelection by ten percentage points.

Talk about a terrible showing …

Since then, Sanford has been dogged by reports of a lingering campaign finance scandal as well as unresolved allegations of child abuse involving his young niece.

In fact as of this writing, the S.C. State Law Enforcement Division (SLED) investigation into the mysterious June 2016 incident involving Sanford and his grammar school-aged niece remains open.

Any of these three scandals could prove fatal for Sanford … but our concern continues to be the litany of disappointing votes he has cast since returning to Washington, D.C. in May of 2013.

Against this backdrop, a freshman state representative from Summerville, S.C. named Katie Arrington is preparing to announce her candidacy for the Palmetto State’s first congressional district (map).

Arrington pulled off a major upset last spring when she defeated former governor Nikki Haley’s preferred candidate, Carroll Duncan, in a Republican primary election for S.C. House District 94 (map).  Since then she has continued to impress us – most recently by rolling out a substantive reform bill calling for term limits on committee chairmen in the S.C. General Assembly. 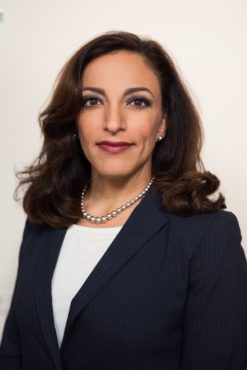 We wonder … will Arrington focus on term limits when she officially kicks off her campaign tomorrow?

Sanford is currently seeking his third full term in Washington, D.C. after winning a 2013 special election.  During his last go-round in the U.S. Congress from 1994-2001, he limited himself to just three terms in office – and made considerable political hay for honoring this pledge while running for governor in 2002.

In his 2000 book A Trust Committed To Me – the pages of which he may as well have shredded upon returning to Congress over a decade later – Sanford said he “strongly supported a three-term limit” for members of the U.S. House.

Does he still feel that way?  We’ll find out over the coming weeks and months …

In addition to all the issues we referenced at the outset of this piece, Arrington could also choose to pop Sanford over his Guantanamo Bay problem – which this website explored in detail yesterday.   Or his 2014 Lending Tree scandal.  Or the infamous taxpayer-funded portion of his “hike along the Appalachian Trail.”

Arrington is expected to run a well-funded, high-energy candidacy against Sanford – one that could conceivably draw financial support from GOP donors loyal to U.S. president Donald Trump.

Bottom line?  For the first time in a long time, Sanford has a real fight on his hands … not to mention any number of looming land mines he’s created for himself that could derail his reelection bid.

Banner via Sam Holland for S.C. House of Representatives