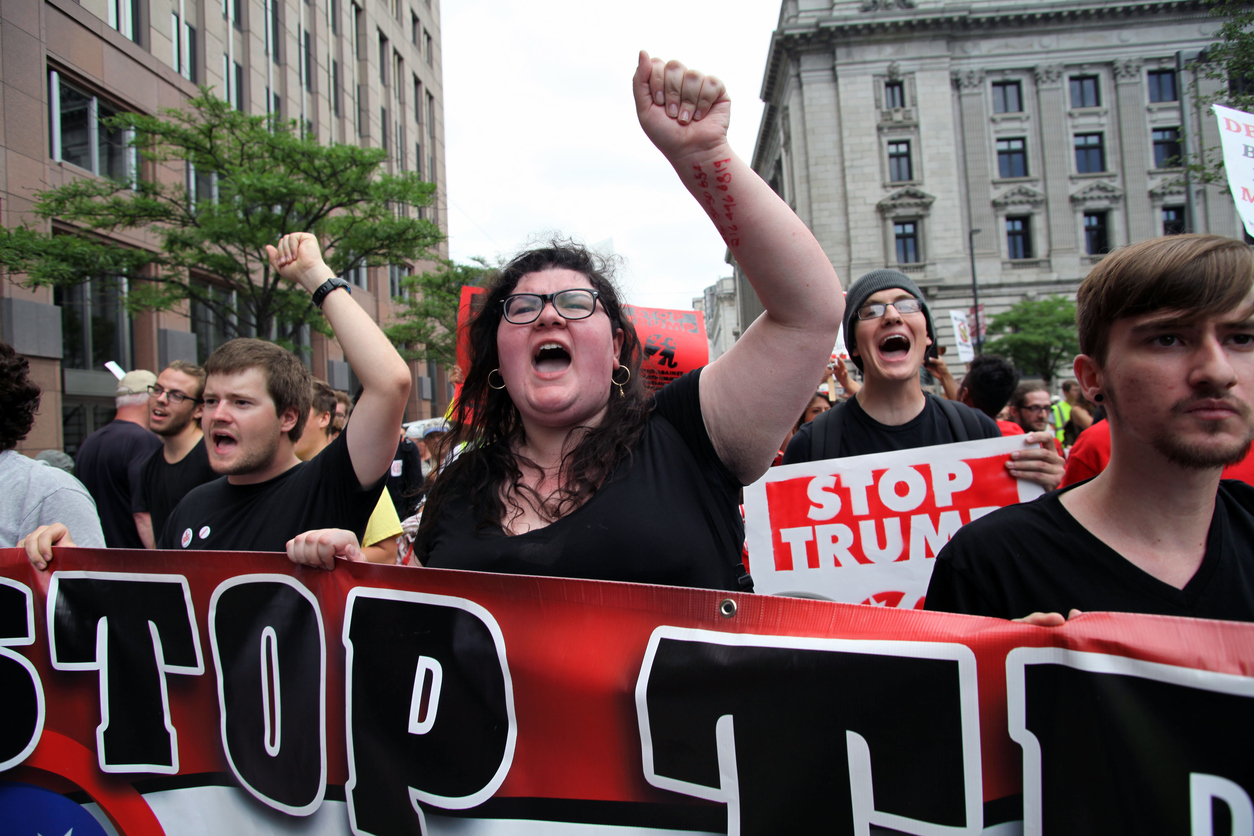 Consider U.S. president Donald Trump – who expressly (and exclusively) condemned white purveyors of racially motivated violence two days after an outbreak of such violence at a so-called “alt-right” rally in Charlottesville, Virginia.

Specifically, Trump singled out the Ku Klux Klan, neo-Nazis and other “white supremacists” who perpetrate deadly violence on the basis of skin color.

Should he have done that?  Yes, absolutely.

Should he have also called out black nationalists who perpetrate deadly violence on the basis of skin color?

Naturally America’s radical leftists – a.k.a. those with the monopoly on “tolerance” – were overjoyed by Trump’s omission, right?

The President’s statement is two days late and a dollar short.  It should not take two days and a national tragedy for the president to take action and disavow white supremacists.  When it comes to the safety and the security of our communities, too many of which now feel targeted by hate-fueled protestors, two days is too late.

Despite his statement today, President Trump has pursued the advancement of policies that promote the marginalization of minority communities which emboldens the very white nationalists who descended on Charlottesville this weekend.  And he continues to seek the counsel of Steve Bannon, who once bragged that the Trump administration is ‘the platform for the alt-right.’  It is no wonder that former Ku Klux Klan president David Duke said this weekend’s rally was to ‘fulfill the promises of Donald Trump.’

That’s a statement from Kristen Clarke, president and executive director of the uber-liberal Lawyers Committee – a group which claims it wants to “erase our very recent, collective past.”

Like so many reflexive reactions from the hard left, Clarke’s comments conclusively prove the abject futility of attempting to engage in a rational discussion with those who have gone “all in” on one side (or the other) of our nation’s increasingly polarized political discussion.

Seriously … there is just no point in talking to some of these people.

Agree or disagree with Trump (and frankly, we didn’t like the one-sided nature of his comments), it’s important not to slap people’s hands when they reach out.

Which is exactly what Clarke did …

Furthermore, we hate to break it to her but when it comes to “policies that promote the marginalization of minority communities,” we would encourage her to check out the record of America’s first black president.

As we noted in our take on the Charlottesville tragedy, there are no “innocents” in this ongoing drama – only people of all races, religions and ideologies being held back by the same overbearing institutions.

Because we’re all to blame to some extent …

In this case, though, Clarke should be ashamed of herself for demonstrating precisely the sort of narrow-mindedness she would seek to ascribe to Trump and his followers.

The NFL Still Doesn’t Get It