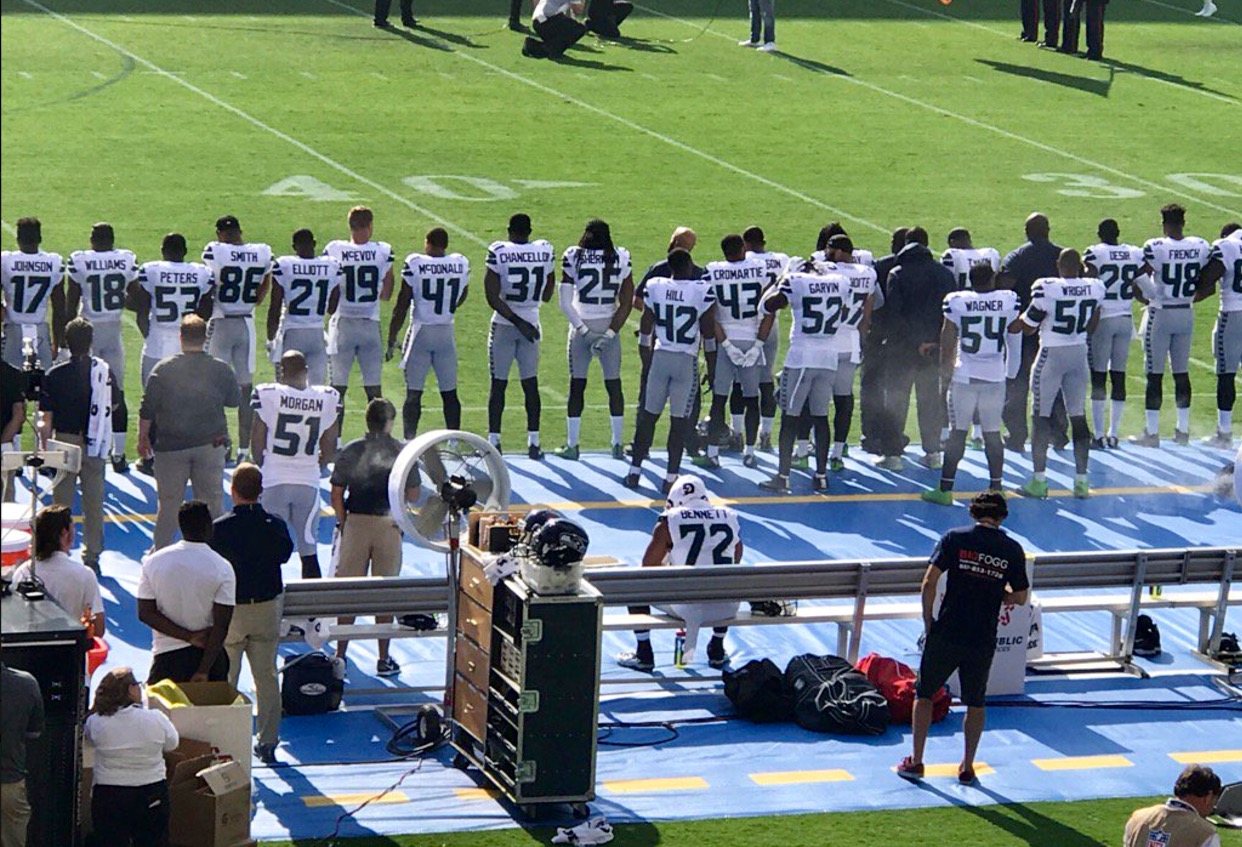 The National Football League (NFL) should have entered the 2017 season on a high note.  Super Bowl LI was one of the greatest games ever played – enough to make loyal fans forget all about last year’s #BlackLivesMatter protests initiated by former San Francisco 49ers quarterback Colin Kaepernick.

In case you missed it, those protests precipitated a major decline in NFL viewership in 2016.  How major?  According to NFL data obtained by ESPN, the average league telecast saw an 8 percent year-over-year decline – although the drop-off did level out as the season progressed.

The NFL refused to blame the protests for its falling ratings, but according to a Seton Hall poll released last October “the leading factor … was players not standing for the national anthem.”

Has the league learned its lesson?  No …

This week, Seattle Seahawks defensive end Michael Bennett refused to join his teammates in standing for the national anthem during a preseason game against the Los Angeles Chargers.

“I want to be able to use this platform to continuously push the message … of how unselfish you can be as a society,” Bennett said after the game.

An eighth-year player out of Texas A&M, Bennett signed a three-year, $30 million contract prior to the beginning of last season.

Meanwhile Oakland Raiders running back Marshawn Lynch – a former Seahawk – refused to stand for the national anthem prior to a preseason game against the Arizona Cardinals (choosing to eat a banana instead).  Also, Philadelphia Eagles safety Malcolm Jenkins has stated he while he will stand for the anthem – he plans to raise his fist as it is sung as a sign of solidarity with “people of color.”

Do we support the rights of Bennett, Lynch and Jenkins to protest the playing of the national anthem?  Of course.  We’re libertarians, people.

But our guess is NFL players who rely on the league’s television deals, ticket sales and merchandizing revenue to subsidize their #BallerStatus lifestyles are ultimately not going to be poorly served by these displays.

Which brings us to the beauty of the free market system … every day, each of us gets to vote with our wallets.

You Can’t Negotiate With “Tolerance”

Wisconsin Does Not Fear The Clowney