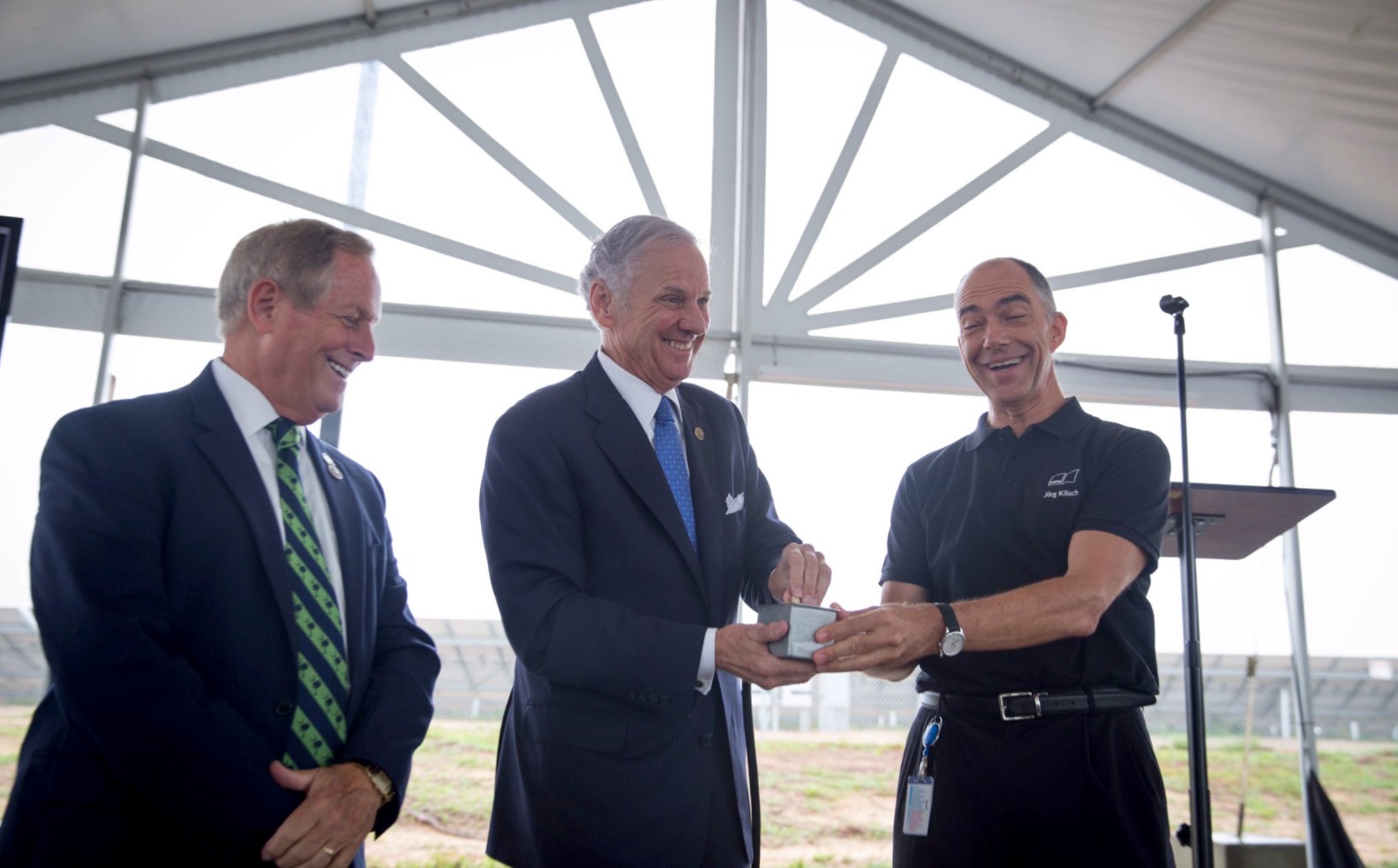 There was a lengthy and quite convoluted post by columnist Cindi Ross Scoppe of The (Columbia, S.C.) State newspaper last week detailing the up-in-the-air status of South Carolina highway commissioner John Hardee.

For those of you unfamiliar with the name, Hardee is the son-in-law of liberal “Republican” State Senate president Hugh Leatherman – one of the chief architects (and plunderers) of the Palmetto State’s bloated bureaucratic state.

Both are card-carrying members of the Palmetto State’s failed status quo, in other words.

Anyway, Scoppe’s column detailed the many twists and turns associated with Hardee’s tenure on the S.C. Department of Transportation (SCDOT) commission – which despite receiving billions of dollars in new money over the years has abjectly failed to prioritize spending based on need.

(Those problems are about to get a lot worse, by the way).

The bottom line?  Hardee has been on this commission for way too long … and the power to finally remove him lies in the hands of S.C. governor Henry McMaster.

Will McMaster pull the trigger?  Will he take Hardee off of the SCDOT commission?  More importantly, will he replace him with someone who can be trusted to watch out for the best interests of this state’s citizens and taxpayers?

If McMaster meant what he said during the debate over the Palmetto State’s recently increased gas tax, then the answer to this question is a no-brainer: YES, he should absolutely boot Hardee from the SCDOT commission and replace him with a taxpayer advocate.

Of course as we observed during the gas tax debate, McMaster’s opposition to this new levy wasn’t quite what he represented it to be.

So will he pull the trigger on Hardee?  We wouldn’t bet on it …

Why not?  Because as we write this column, Hardee is hard at work soliciting multiple $3,500 campaign contributions on behalf of McMaster’s embattled 2018 reelection campaign.

According to text messages obtained by this website, Hardee is soliciting “personal and corporate contributions” for a Lowcountry shrimp boil “for Governor McMaster” tentatively scheduled for 5:00 – 7:00 p.m. EDT on Thursday, August 31. 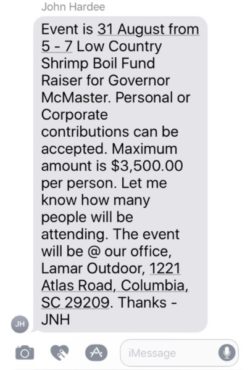 As noted in the message, the event was originally supposed to be held at the Columbia offices of Lamar Outdoor Advertising – Hardee’s employer – but a follow-up text message from Hardee notified recipients that the event would instead be held at the King’s Grant Club House within the gated community he calls home. 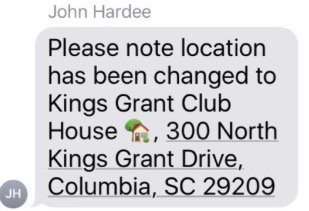 Yeah … anyone care to wager whether McMaster keeps Hardee around after the latter delivers tens of thousands of dollars into his campaign account?

According to our sources, this is just one of many “pay-to-play” perception problems McMaster’s campaign is dealing with when it comes to the Palmetto State’s notoriously unreformed, unaccountable and ineffective infrastructure bureaucracy.

“Look at the SIB,” one of our sources said, referring to S.C. State Infrastructure Bank (SIB) – a glorified infrastructure slush fund whose chairman McMaster recently replaced.

Is there some alleged pay-to-play action going on there, too?

You Can’t Negotiate With “Tolerance”