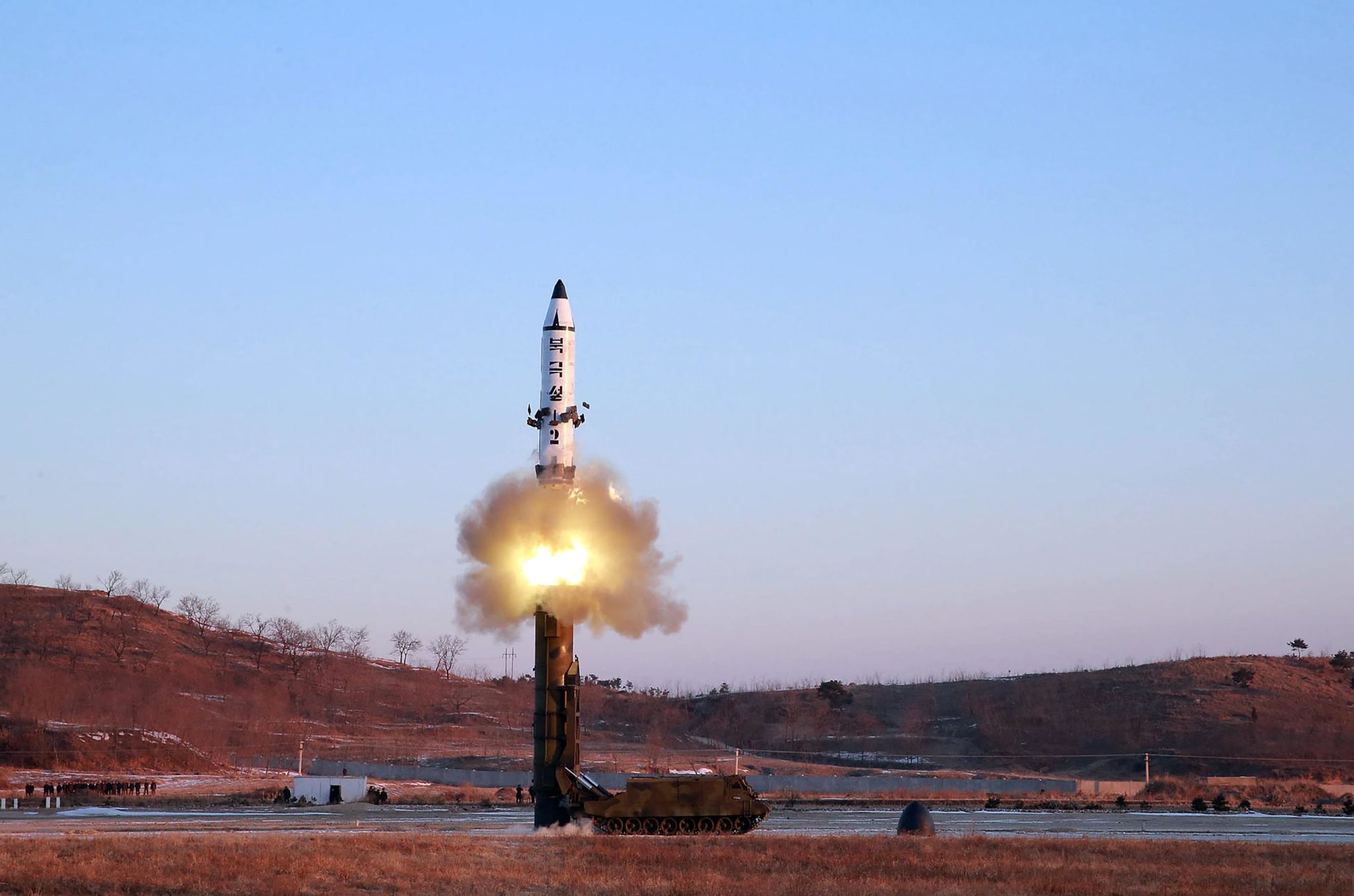 The latest DPRK missile was launched early Sunday morning from a test site in Kusong – near the North Korean border with China.  It landed in the sea near Vladivostok, Russia.  The missile soared to an estimated 1,245 miles in the air and traveled 435 miles from its launch site – higher and farther than any previous North Korean projectile.

Had the missile been launched from a standard trajectory, it could have flown as far as 3,700 miles.  That’s still not quite far enough to reach the Hawaiian Islands (which are 4,600 miles away from North Korea), but the extended range demonstrated by this latest test is evidence of DPRK socialist monarch Kim Jong-Un’s steadily advancing ballistic missile capabilities.

The rest of the world has looked with contempt on North Korea’s nuclear ambitions – which are viewed as a threat to the stability of eastern Asia – and potentially the entire world.

Last month, China sent more than 150,000 troops to the North Korean border – a move widely seen as having been undertaken in coordination with the administration of U.S. president Donald Trump, who is moving multiple aircraft carriers into the area.  In addition to these military maneuvers, China is stepping up its efforts to squeeze North Korea economically.

As stated repeatedly in the past, we’ve never had a problem with North Korea’s nuclear program – so long as it wasn’t a threat to the American homeland or to vital national interests abroad.

“Assuming there is credible evidence of an impending strike against America, then the United States’ military should preemptively strike with overpowering force,” we noted at the time.

The Republic of Korea (a.k.a. South Korea) recently elected a new leader, Moon Jae-In, who has championed a more open approach with North Korea – including a possible meeting with Kim.  It’s unclear whether his overtures will be reciprocated, however.