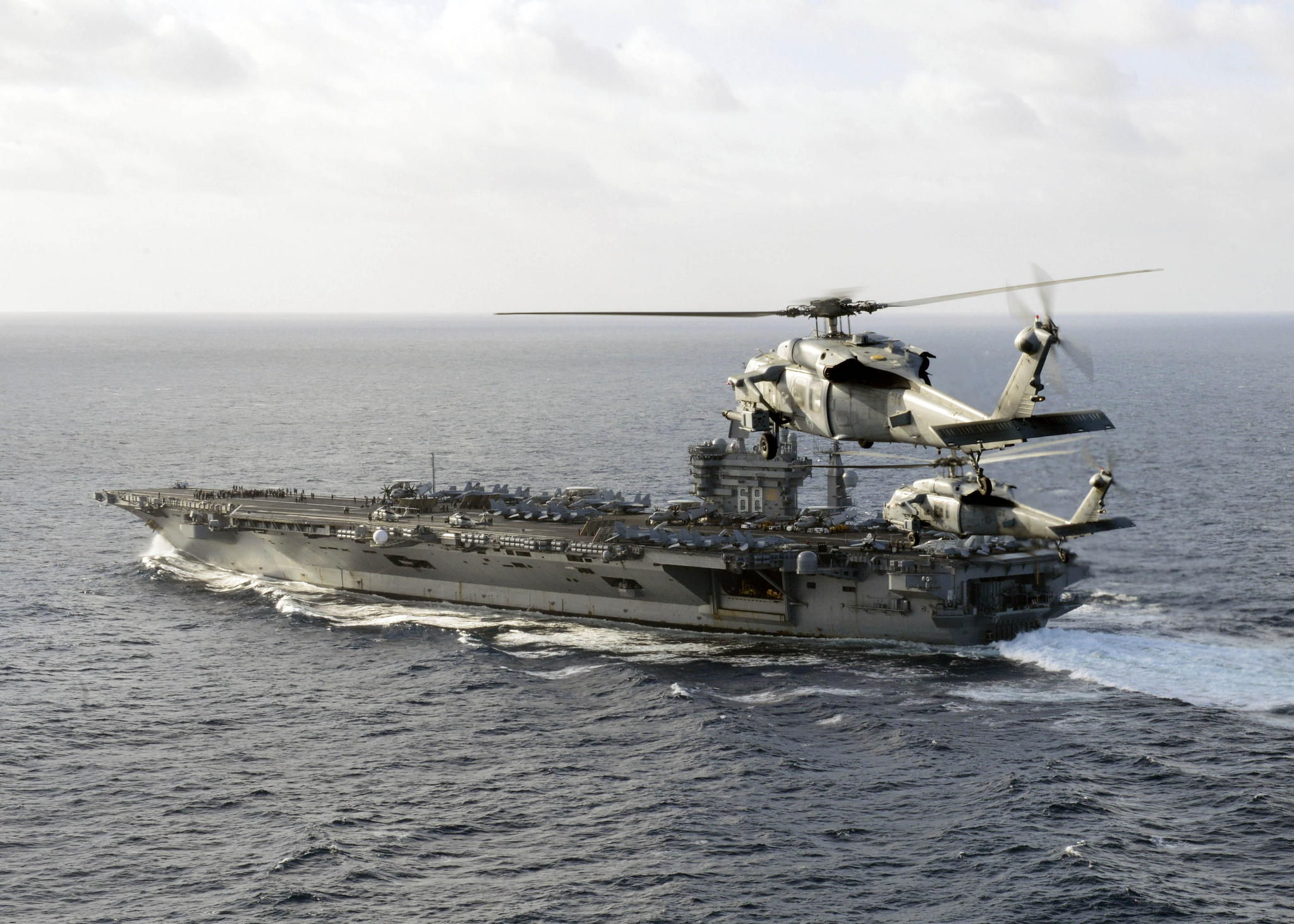 NIMITZ, REAGAN ON THE MOVE …

Two more American aircraft carriers – the U.S.S. Ronald Reagan (CVN-76) and the U.S.S. Nimitz (CVN-68) – are headed toward the Korean Sea and a possible a showdown with the Democratic People’s Republic of Korea (DPRK).

The show of force is the latest saber-rattling on the part of U.S. president Donald Trump, a former non-interventionist who has seen a bump in the polls after his recent conversion (well, partial conversion) to warmongering.

Trump appears to be working in concert with China to check the nuclear program of North Korean socialist monarch Kim Jong-Un, who is obviously none too pleased about the situation.

One American carrier – the U.S.S. Carl Vinson (CVN-70) – was diverted from Australia and is currently en route to the area.  It is scheduled to arrive sometime next week.  Meanwhile the Reagan is currently stationed in Yokosuka, Japan, while the Nimitz is at sea off the coast of Oregon after undergoing renovations at the Puget Sound Naval Shipyard.

According to the website Nimitz News, the latter carrier is currently completing coordinated strike drills in anticipation of being deployed.

These drills – collectively referred to as a Composite Training Unit Exercise (COMPTUEX) – are conducted to ensure that a carrier group is not only operating as a unit but also working in conjunction with other American military assets as well as coalition partners.

“COMPTUEX is the final building block the Navy uses for training to put the strike group through an integrated joint exercise before going on deployment,” rear admiral Ross A. Myers told the outlet. “This is where the strike group really comes together as a fighting force.”

Launched in 1972 as the lead vessel in its class, the Nimitz is the oldest U.S. aircraft carrier in active service.  The Vinson, launched in 1980, is a Nimitz-class vessel – as is the Reagan, which was launched in 2001.

Banner via US Navy