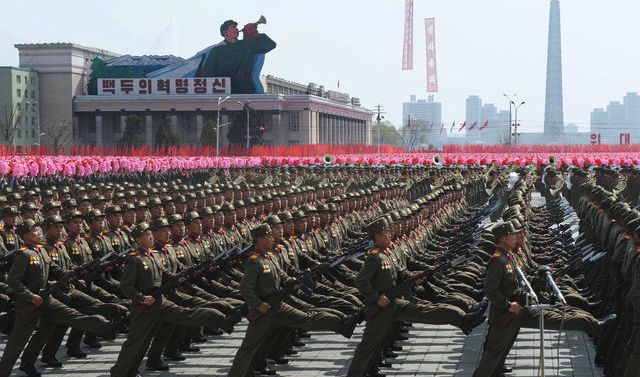 As promised, the Democratic People’s Republic of Korea – a.k.a. North Korea – detonated a nuclear device this week as a “first response” to alleged American hostility, and promised “second and third measures of greater intensity” if the United States did not soften its stance toward the communist dictatorship.

Anybody else a little worried about where this is heading?

North Korea’s detonation of a “miniaturized” device – coming on the heels of successful atomic tests in 2006 and 2009 – is likely to be accompanied by additional flexing of its nuclear muscle. In fact it is widely believe new missile tests are imminent, and observers of North Korea’s nuclear program believe the belligerent Asian nation is closing in on production of a weapon it could launch on the United States.

Why is that a scary scenario? Because the country’s leaders – led by 29-year-old hothead dictator Kim Jong-un – are clearly fantasizing about precisely such a strike.

And frankly, why should they?

North Korea has every right to pursue its nuclear destiny and leverage that power toward whatever end it seeks – whether it be intimidating a dying superpower (a.k.a. “us”) or forcibly reuniting with South Korea. Assuming there is credible evidence of an impending strike against America, then the United States’ military should preemptively strike with overpowering force.

Assuming South Korea is their objective, then with all due respect that’s South Korea’s problem …