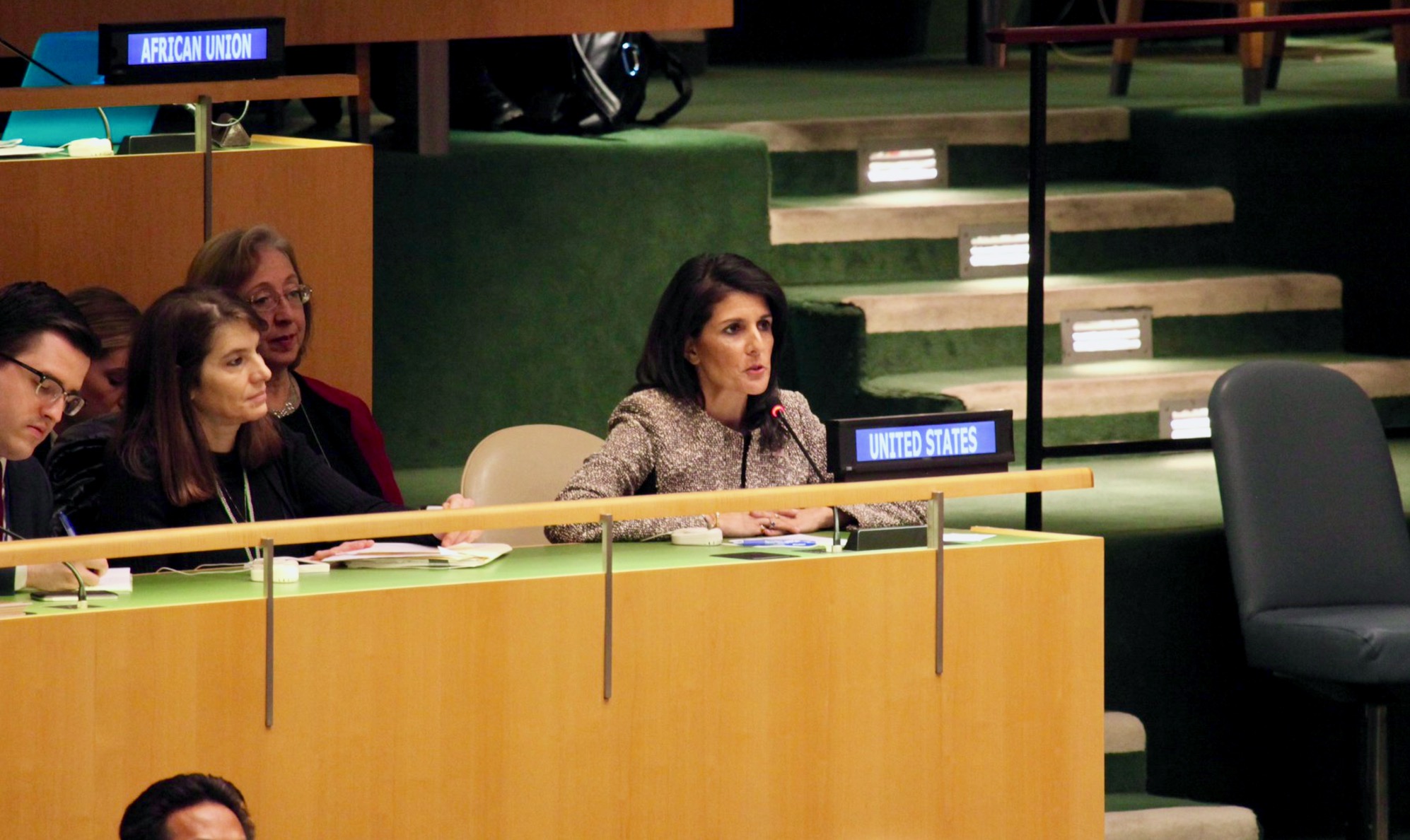 Nikki Haley has been having all sorts of fun as America’s new ambassador to the United Nations.  Taking snow days off from work, catching up on The Americans, bringing her girlfriends up for nights on the town in New York City …

Meanwhile, back in South Carolina – the state she governed for the past six years – things aren’t quite as fun.

Anyway … is Haley doing her job at the UN?

Eh … that’s a matter of perspective.

Last month we blistered Haley for making demonstrably ignorant and inaccurate comments regarding Russia (criticism which was later picked up in even harsher terms by Ron Paul‘s institute).

Bottom line?  Haley is spinning the same tired old interventionist rhetoric advanced by the administration of former president Barack Obama – rhetoric we were led to believe was not shared by the man who appointed her to this position, president Donald Trump (and rhetoric which was made Ukraine a damn disaster zone).

Nonetheless, Haley doubled down on her anti-Russian rhetoric this week in an interview with NBC’s Matt Lauer.

Yet we should trust her?

Clearly Haley missed last week’s shocking revelations about the Central Intelligence Agency (CIA)’s latest “false flag” capabilities – which make it pretty damn clear who we shouldn’t trust (that would be our own government).

Yet while Haley’s ill-considered remarks against Russia were making headlines, the real story from her interview with Lauer seems (to us anyway) to be something else.  Something potentially bigger.  From our perspective the real news is the extent to which Haley is free-wheeling in her role at the UN – acting without knowledge as to whether her fluff and bluster is in accordance with the wishes of her boss, the president.

Asked by Lauer whether she and Trump were on “the same page” regarding Russia, Haley had this to say …

I would not say that. I’m not going to talk about where the president is, because I don’t know. I have always made it very clear, from my confirmation and in the words that I’ve said from the U.N., that I don’t trust Russia.

Did we hear that right?

Did America’s ambassador to the UN seriously just say she doesn’t know what her country’s leader thinks about the single biggest issue on the international stage right now?  The issue that liberal financiers and neoconservative warmongers are desperately trying to spin into World War III?

The good news?  Trump’s proposed budget – which dramatically slashed funding for the UN – seems to make his position on Haley’s ravings pretty clear.

Still, Haley’s ignorance (assuming that’s what it is) is inexcusable.  Trump didn’t appoint her to this position to advance her views on Russia – or any other nation, for that matter.  Nor did he appoint her to speculate as to his views.

Haley was appointed to advance Trump’s views – whether she likes them or not.

Either way, “not knowing” is totally unacceptable …