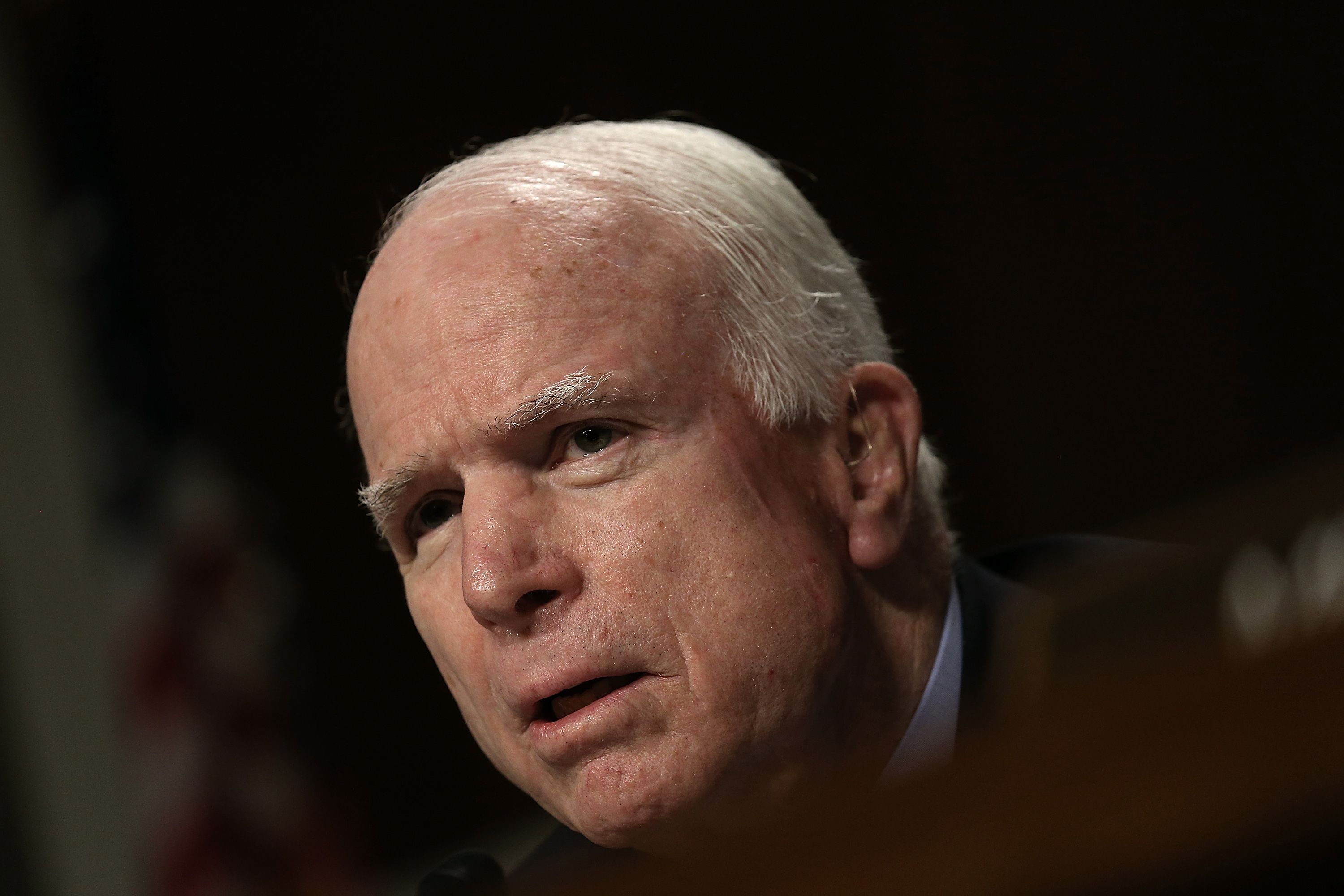 We have to hand it to U.S. Senator John McCain … he knows how to pick a fight.

The warmongering fiscal liberal has accused the Russian government of committing an “act of war” by allegedly hacking into the accounts of leading liberal organizations and individuals during the 2016 presidential election.

Wait … are we still on this?

Yes.  We are still on this.

“When you attack a country, it’s an act of war,” McCain said on Ukrainian television. “And so we have to make sure that there is a price to pay so that we can perhaps persuade Russians to stop this kind of attacks on our very fundamentals of democracy.”

Hold up … is McCain seriously lecturing us about “the fundamentals of democracy” on Ukrainian television?

What about democracy in Ukraine?

Last time we checked, that country elected a pro-Russian government only to see it toppled by our Central Intelligence Agency (CIA) in an extralegal coup d’état.  Yet now the top GOP warmonger in Washington feels the need to lecture the Russians about their alleged interference?

Enough of the neo-McCarthyism.  America does not need – nor can it afford – another Cold War. Also the last time we checked, let’s not forget the real story of the hacks: Liberal corruption.

Should The Supreme Court Filibuster Be Eliminated?