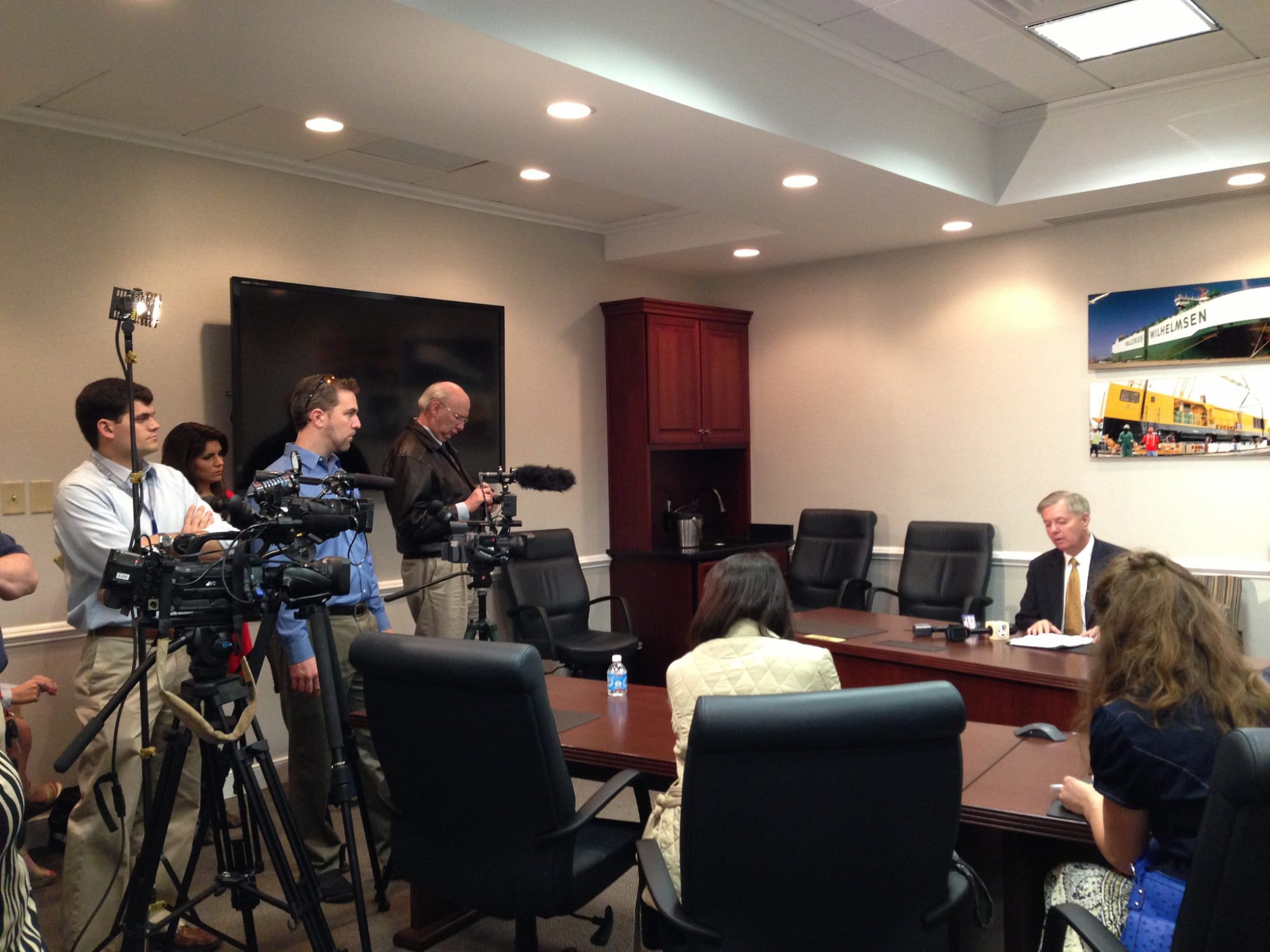 U.S. Senator Lindsey Graham has been punked by a pair of Russian hackers – who tricked him into revealing his plans to undermine president Donald Trump when it comes to the issue of Russian sanctions.

Wait … isn’t this the issue that just cost Trump’s national security advisor his job?  Yes, it is.  But Graham will no doubt avoid any consequences for his actions because he’s on the side of the warmongers who want to start World War III.

According to a video clip posted to YouTube this week, Graham was fooled into thinking he was speaking to Andriy Parubiy, the chairman of Ukraine’s unicameral parliament the Verkhovna Rada (or “Rada” for those of you hip to the Kiev slang), and Volodymyr Groysman, the prime minister of Ukraine.

Both Parubiy and Groysman were integral components of the 2014 American-led coup that ousted Ukraine’s democratically-elected leader and replaced him with a U.S. puppet.

Why did we do that?  Because liberal financier George Soros is calling the shots over there (and has America’s new ambassador to the United Nations, Nikki Haley, regurgitating his spin).  They want Ukraine to join the embattled European Union and serve as a Cold War-style buffer against the neighboring Russian Federation.

Anyway, Graham adopts a hard line against Russia on the call – vowing to push for new sanctions against its government.

“Let me tell you what I think the Congress will do this year,” Graham stated in the recording.  “I am working with Senator (John) McCain, and we are going to talk to the Senate majority leader, Senator (Mitch) McConnell, and we’re going to push for a vote on new sanctions against Russia – new congressional sanctions that go beyond what we have in place today.”

Graham is referring, of course, to former president Barack Obama’s parting shot against the administration of Vladimir Putin – which the Russian leader declined to reciprocate.

Not only that, Graham goes one step further – saying he believes there are enough votes in the U.S. Senate to override a possible veto of these new sanctions by president Donald Trump.

“I hope we have enough votes to make it clear to President Trump, uh, that we can override his veto,” Graham adds. “We would need 67 votes in the Senate for Russian sanctions to override his veto.  I believe we have 67 votes.”

Graham wasn’t talking to Ukraine’s leaders, though, he was talking to Vladimir Kuznetsov and Alexei Stolyarov – a.k.a. “Vovan and Lexus” – a pair of famous Russian phone pranksters who have previously fooled John McCain, Mitch McConnell and Maxine Waters.

Graham and his fellow warmongers are playing a dangerous game.  As much as America projects itself to be the “indispensable nation,” we have no business meddling in the affairs of Ukraine.  In fact, the violence currently taking place in that nation is a direct result of our nation’s ill-conceived and costly intervention.

“No one seems to ask why we are involved in Ukraine at all,” former U.S. Rep. Ron Paul wrote recently.  ” Is it really any of our business if the east wants to break away from the west?  Is it a vital US interest which flag the people wish to hang in Donetsk?”