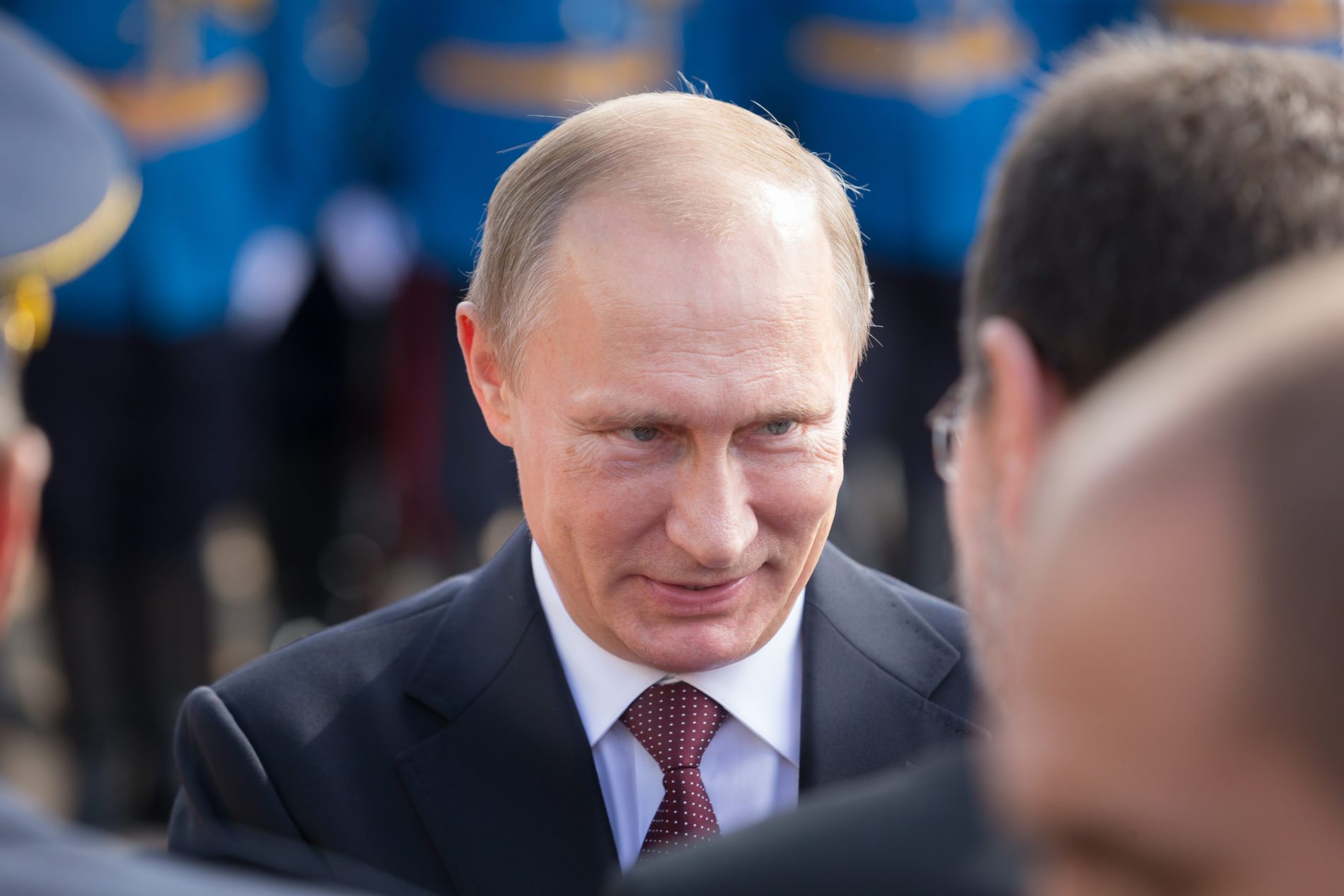 Like most Americans, this website didn’t fall for the far left’s “Russia hacked the election” narrative.  Nor are we falling for the liberal/ neoconservative exhumation of Joseph McCarthy-style scare tactics in an effort to provoke a new nuclear conflict with Russia.

Don’t get us wrong, we’re not Russophiles … we just think America has no business picking a fight in Eastern Europe right now.  Especially one that doesn’t serve our core national interests.  At a time when we can’t even secure our own borders.  And when our government is $20 trillion in debt.

Outgoing U.S. president Barack Obama feels differently, though – and is doing everything within his power to escalate tensions with Russia.  Despite offering no proof of Russian interference in the election (in contrast with ample proof of Democratic idiocy, corruption and hypocrisy), Obama announced this week that he was expelling dozens of Russian diplomats, shuttering their facilities and imposing economic sanctions.

Putin was expected to respond in kind to this fit of pique … but he didn’t.

We regard the recent unfriendly steps taken by the outgoing US administration as provocative and aimed at further weakening the Russia-US relationship. This runs contrary to the fundamental interests of both the Russian and American people. Considering the global security responsibilities of Russia and the United States, this is also damaging to international relations as a whole.

As it proceeds from international practice, Russia has reasons to respond in kind. Although we have the right to retaliate, we will not resort to irresponsible ‘kitchen’ diplomacy but will plan our further steps to restore Russian-US relations based on the policies of the Trump Administration.

It is regrettable that the Obama Administration is ending its term in this manner. Nevertheless, I offer my New Year greetings to President Obama and his family.

My season’s greetings also to President-elect Donald Trump and the American people.

I wish all of you happiness and prosperity.

Putin’s reasoned response to Obama’s reckless provocation does three critical things.  First, it makes him look magnanimous – appearing as the calm, sober statesman on the global stage.  Second, it makes Obama look petty and petulant – like all the other snowflakes who refuse to accept the outcome of the November election.  Third, and perhaps most importantly, it empowers the incoming administration of U.S. president-elect Donald Trump.

Look, we are under no illusions regarding Putin.  We don’t think he’s a good guy, nor do we necessarily trust him (although we’d take his word over Obama’s any day of the week).

This isn’t about Putin, though … it’s about a Washington, D.C. establishment desperate to sow fear and conflict by any means necessary because such organizing governmental principles are all they know.

“The organizing principle of any society is for war,” the mysterious Mr. X said in the 1991 Oliver Stone conspiracy classic JFK. “The authority of the state over it’s people resides in it’s war powers.”

Stone was right then … and now.