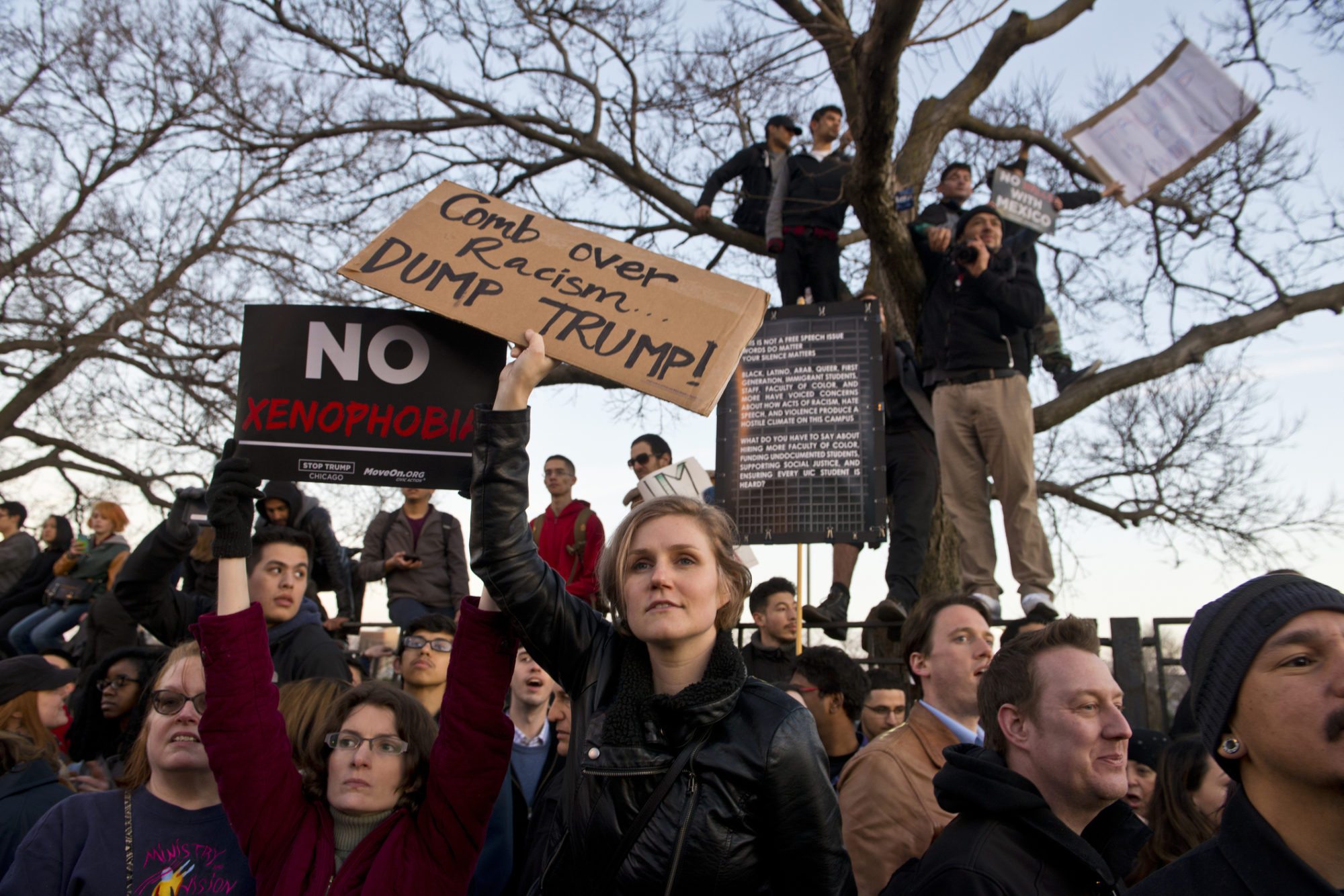 INSIDE THE FAR LEFT’S SELF-DESTRUCTIVE PURGE …

This website just wrapped a piece on the current status of the Democratic Party in South Carolina, our home state.

Its verdict?  Democrats are miles away from ever reclaiming their majority party status in this so-called GOP stronghold, but given the increasingly leftward bent of South Carolina Republicans – in both Columbia, S.C. and Washington, D.C. – they don’t really need to be “in power.”

Seriously … with Republican elected officials like this (and this), what’s the point of Democrats?

At the national level, Kimberley Strassel of The Wall Street Journal penned a piece earlier this month providing some nifty political context for the far left’s ongoing (and increasingly violent) hissy fit against the new administration in Washington.

Strassel’s basic point?  That the emerging grassroots-driven effort to hold Democratic elected officials accountable to their party’s liberal base is unlikely to encounter success similar to that of the 2009 Tea Party and its efforts to remake the Republican brand.

Ironically, the uber-liberal activists referenced in Strassel’s piece probably have more in common with the so-called “alt-right” than they might suspect.

They’ve just been programmed to focus on other things.

As for Strassel’s contention that the Tea Party movement was somehow successful in #MRRA (“Making Republicans ‘Republican’ Again), that’s clearly wishful thinking.  The so-called “center-right” in America was – and is – every bit as complicit in the bankrupting of this nation as the outgoing administration of Barack Obama.

How do we know this is true?  Because new president Donald Trump had to fight tooth and nail against this “center-right” establishment throughout his primary and general election campaigns last year – and apparently is going to have to continue fighting them now that he’s in the White House.

Go figure … the party of “limited government” battling against its own president’s efforts to, well, limit government.

Aside from this glaring error, Strassel’s piece is dead-on when it assesses the political inefficacy of the prevailing liberal rage.

“The Democrats’ problem is that all their reliably liberal states and districts are already occupied with good liberals, who take orders,” she wrote. “Those members will joyfully boycott and filibuster and protest and obstruct. There will be no need for primaries.”

So which Democrats would feel this particular “Bern?”

“Those in the firing line are instead the Mike Castles of the Democratic Party,” she wrote. “Joe Manchin. Heidi Heitkamp. Claire McCaskill. Jon Tester.  These are Democrats in red states (Trump) won, up for re-election next year.  They are the only reason Democrats remain within reach of Senate power.  They will be tempted, for the sake of re-election, or their own convictions, to work with Republicans on nominations, health care, tax reform.  The left’s tea party is threatening to make them pay for it by fielding ultra-left-wing primary candidates.”

Nice … America should be so lucky.

This website has been less-than-complimentary of the far left’s obstructionism in the aftermath of Trump’s upset victory last November, but if the end result of all the weeping and gnashing of teeth is failure in Washington and failure at the ballot box then by all means …