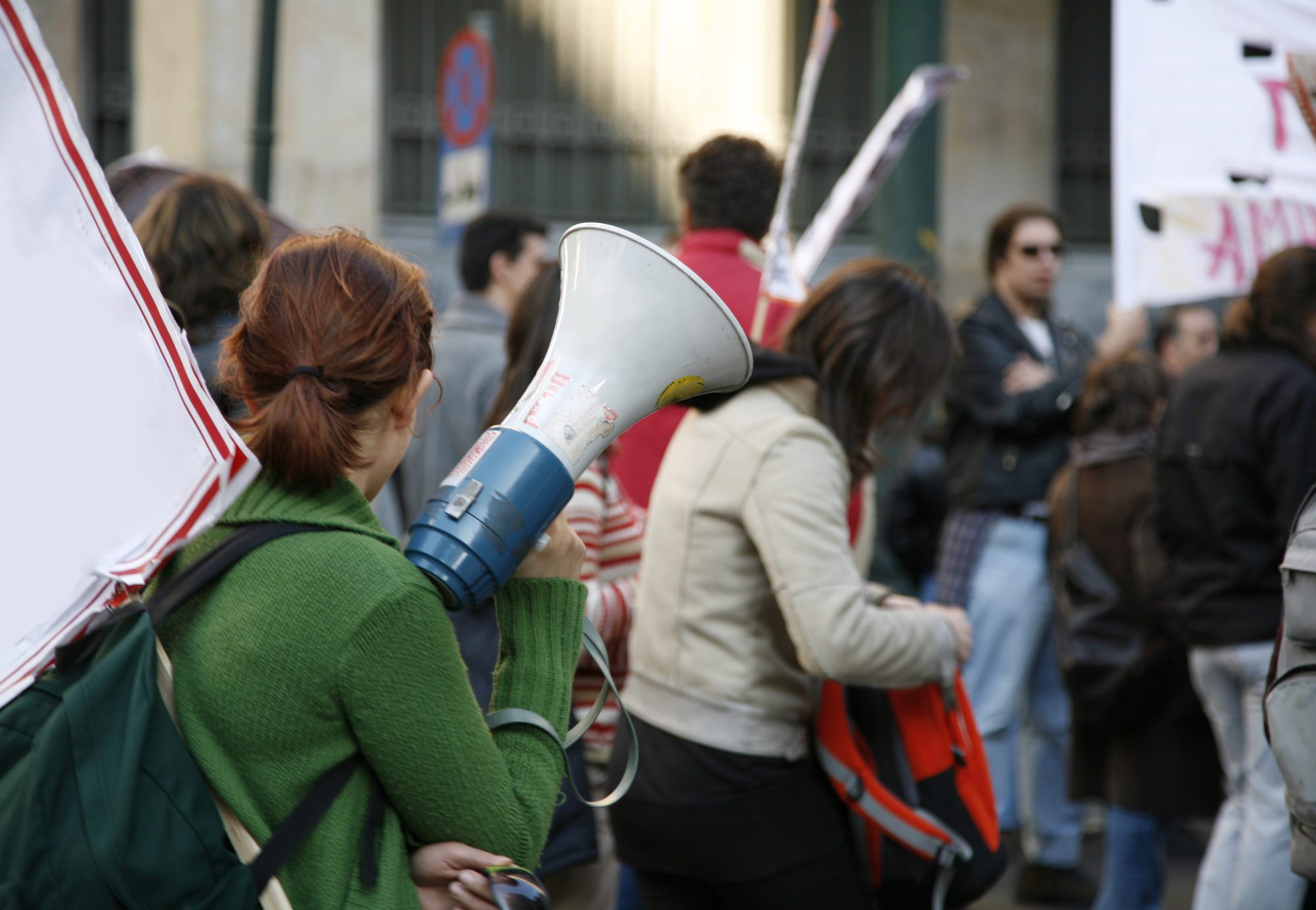 Unlike a lot of so-called “conservatives,” we don’t reflexively support whatever comes out of the Heritage Foundation and its media mouthpiece, The Daily Signal.

In the past, for example, this group has been far too willing to embrace failed interventionist foreign policies.  These failed policies have not only contributed to the bankruptcy of this nation – they have also created the current refugee drama our country is dealing with.

Having said that, we’re giving a partial “thumbs up” today to Mary Clare Reim – one of Heritage’s education policy analysts – for her response to the increasingly violent bent of

“No city and no university campus should turn a blind eye to the rule of law in order to promote their political agendas,” Reim wrote.  “Indeed, the acceptance of federal funds should require an adherence to the basic rights guaranteed Americans in the Constitution—and that includes the First Amendment.”

Actually we’d go – and have gone – a step further.

As we’ve stated repeatedly, we don’t support government subsidization of higher education in any form – at any level.  Whether direct taxpayer appropriations or taxpayer-guaranteed student loans (ahem), government has no business subsidizing what is clearly not a core function of government.

Especially given the “instruction” (a.k.a. indoctrination) taking place at these so-called “safe spaces.”

But Reim is correct when she states “the threats to freedom of speech on college campuses are disturbing and warrant a response.”

In addition to blocking funding at the federal level – as president Donald Trump has already suggested – Reim reports that the Heritage Foundation is joining with other groups to present “model state legislation … to combat censorship and restriction of free speech on college campuses, which is intended to silence any dissenting views on political and social issues.”

We suspect this model legislation will be extremely popular in our home state of South Carolina – especially given the mindless growth and increasingly leftward bent of our state’s government-subsidized institutions of higher learning.  But once again we would submit that the real problem is the fact taxpayers are subsidizing higher ed in the first place.

We’ve written previously on the politically correct insanity running amok on college campuses across America – arguing it makes another compelling case for privatization.

“We don’t care what courses colleges offer students, how much they charge for them or what sort of loan terms are extended to those dumb enough to enroll,” we wrote back in December.  “Just keep taxpayers off the hook for it.  Any of it.  All of it.”

Indeed.  If a bunch of uber-liberal, work-averse, Starbucks-sipping, gender-neutral bathroom-using cotton candy asses want to float through life from one safe space to the next – doing nothing but bitching and moaning at every step of the way – that’s their business.

They can live with the consequences … in their parents’ basements, most likely.

But we shouldn’t have to pay for that.  Any of it.  In fact these schools should start paying their fair share of taxes – not depriving taxpayers of scarce revenue via budget appropriations and bonded indebtedness.

Flip the script on these bastions of liberalism – and see how long they survive in a real marketplace.  Our guess is for many of them it won’t be long.

One final point?  While these increasingly rabid snowflakes foam at the mouth demanding “social justice,” we’d like to point out that our website’s first major piece in favor of privatizing higher education centered around the shameless exploitation of black athletes.

Bottom line?  We support efforts by Reim and others to hold institutions of higher ed accountable … but (as with K-12 education), the real accountability is and always will be the power of the marketplace.

Setting all government-subsidized colleges and universities free to pursue their destinies in the private sector is a far better response to the current state of affairs than selectively blocking funding based on the ideological bent of a particular campus.