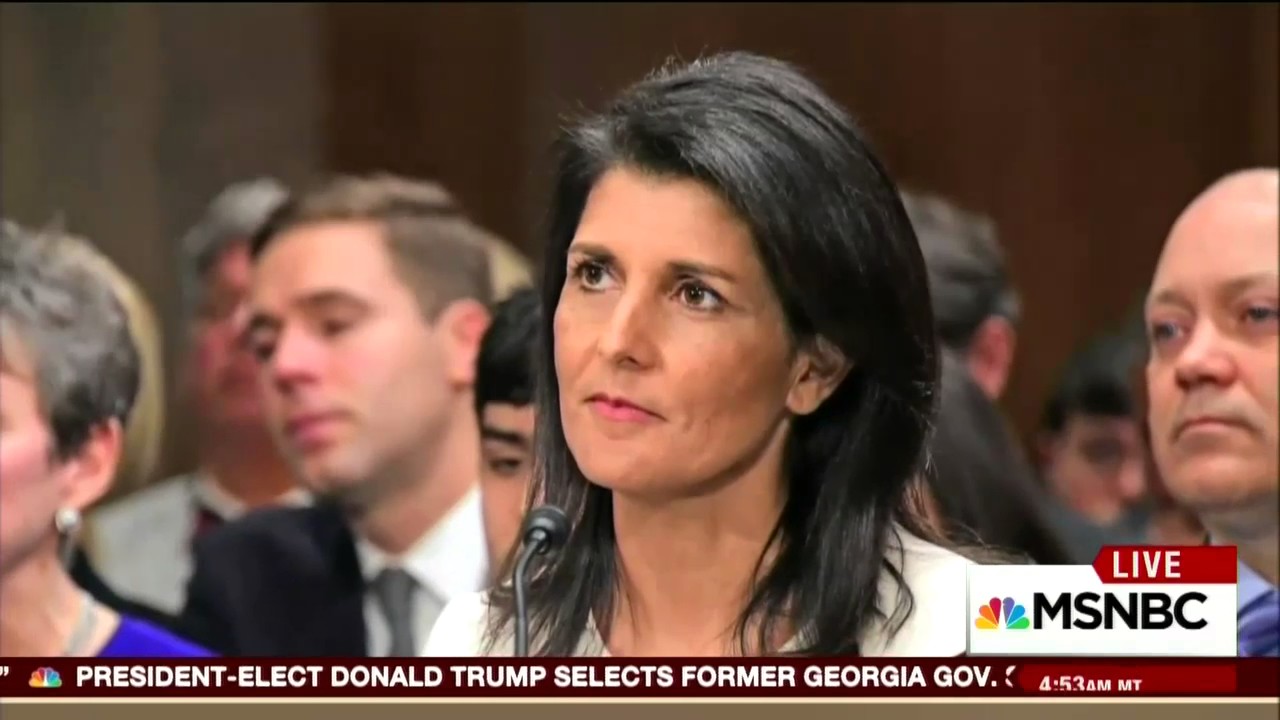 We don’t put much stock in Washington, D.C. gossip, but this morning on MSNBC’s “Morning Joe” (above) reporter Mike Barnicle passed along a doozy of a blind quote as to the qualifications (or lack thereof) of S.C. governor Nikki Haley to serve as the next U.S. ambassador to the United Nations.

Asked by the show’s host Joe Scarborough to relate what he was hearing about Haley in the nation’s capital, Barnicle responded thusly …

Well, in perhaps the world’s snarkiest town, Washington, DC, I was told yesterday by someone who is within the world of diplomacy and international relations that Nikki Haley makes Sarah Palin sound like Henry Kissinger.

Scarborough wasn’t surprised, apparently, telling Barnicle “we started hearing several weeks back real concerns with the people that were prepping her over her complete ignorance of foreign policy.”

Scarborough added that Haley “certainly seemed to go through the hearing very well,” but that “foreign policy experts that were working with the Trump team to prepare her were shocked by her lack of knowledge of matters dealing with foreign policy.”