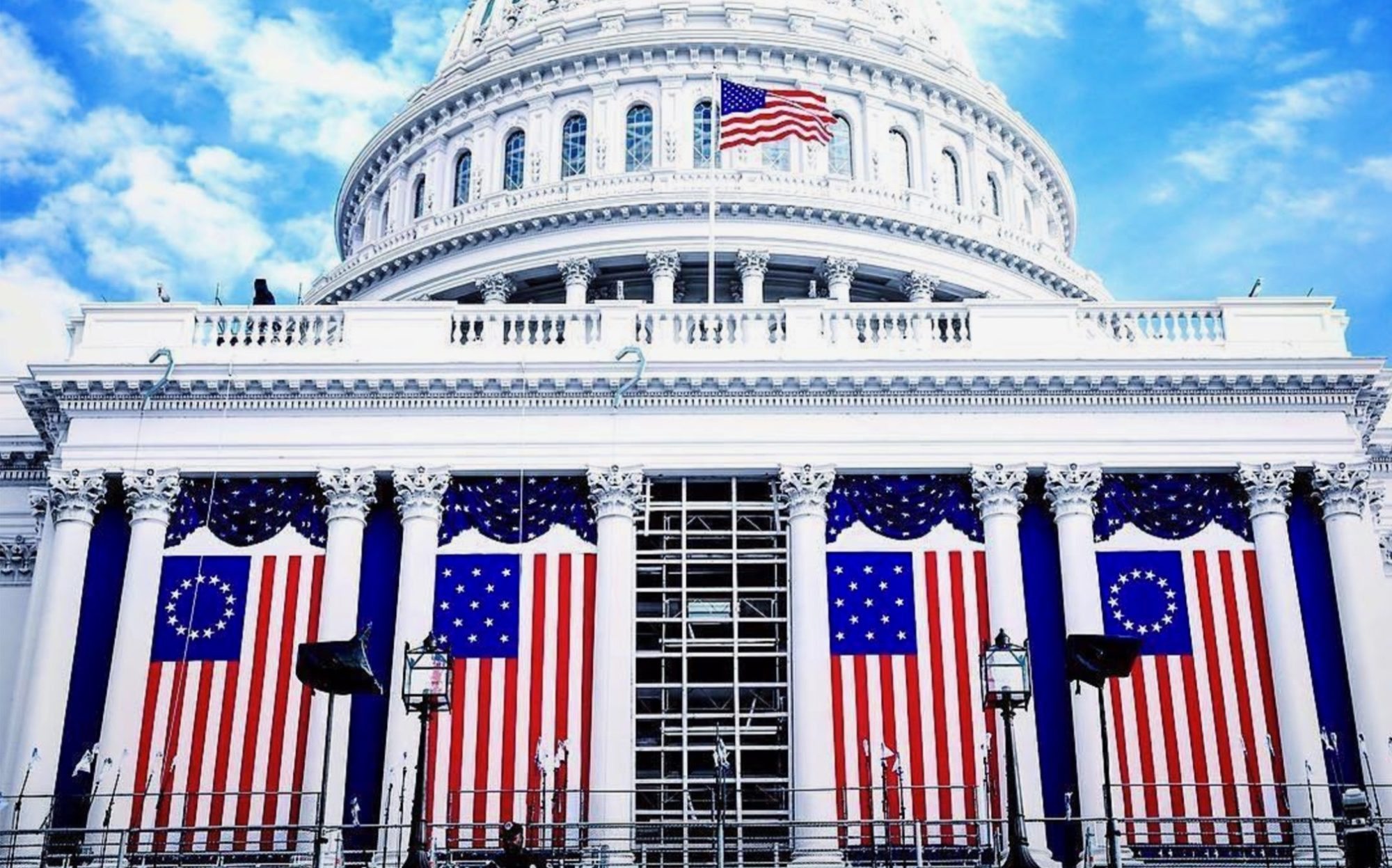 America won’t be “coming together” this Inauguration Day.   When he takes the oath of office shortly after noon EST, president Donald Trump will not be afforded anything resembling the same goodwill or respect that was showered upon his predecessor.

Instead, he will take office having been subjected to a virtually non-stop campaign of delegitimization (and demonization) by the nation’s political, media and Hollywood elites.

The relentlessly-stoked hatred of Trump is so intense that some (us included) wonder whether he will actually make it through the day without someone taking a shot at him.

Whatever you think of Trump or his policies (this website endorsed him twice, by the way), there’s no call for the sort of hatred we’re seeing.  Certainly not today, anyway.  In fact we would encourage those spewing their vitriol at Trump to take a page from our book eight years ago – when we penned this column on the inauguration of Barack Obama.

This is a distinctly American moment – one that (until recently anyway) has marked the peaceful passage of power in greatest nation the world has ever known.  In fact that nation has duly elected Trump its new leader for the specific purpose of “making (it) great again.”

To that end, Trump will be sworn in using two Bibles.  The first one belongs to him – a gift from his mother back in 1955 when he finished Sunday Church Primary School at the First Presbyterian Church in Queens.

The second Bible is the Lincoln Bible – which belongs to the Library of Congress after it was donated by the family of the 16th president.  That Bible has been used at three inaugurations, Lincoln’s first swearing-in back in 1861 and Obama’s first and second in 2009 and 2013.

Placing his hand on these books, Trump will repeat the oath of office as mandated by Article II, Section 1 of the U.S. Constitution …

Of interest, the last line in this oath – “So help me God” – was added by the first man who ever took it, George Washington.  Our first president also started the tradition of being sworn in using a Bible, even though the use of a sacred text in connection with the presidential oath or affirmation is not mentioned in the Constitution.

After Trump takes the oath, the United States Marine Band will perform four ruffles and flourishes, followed by the familiar “Hail to the Chief.” As this transpires, the “Old Guard” – a.k.a. the Third United States Infantry Regiment – will fire a 21-gun salute using artillery from its Presidential Guns Salute Battery.

At this point Trump will deliver his inaugural address, a document he penned himself according to his staffers.

Trump’s address will be “a very personal and sincere statement about his vision for the country,” according to incoming White House press secretary Sean Spicer.

“He’ll discuss what it means to be an American, the challenges we face, the challenges the middle class face,” Spicer told reporters this week.  “It’s going to be less of an agenda and more of a philosophical document, a vision of where he sees the country. The proper role of government. The role of citizens.”

Presidents once gave their inaugural addresses before they took the oath of office, but in 1897 William McKinley – the 25th president – asked to have this process reversed so that he could incorporate it into his remarks to the nation.

It’s been that way ever since.

Throughout the course of the American Republic there have been a total of fifty-four inaugural addresses (delivered by thirty-seven different presidents).  The longest was a nearly two-hour oration delivered in freezing conditions back in 1841 by America’s ninth president, William Henry Harrison – who died after only 32 days in office.

The shortest?  Washington’s second inaugural address, which clocked in at a scant 135 words …

Fellow citizens: I am again called upon by the voice of my country to execute the functions of its Chief Magistrate. When the occasion proper for it shall arrive, I shall endeavor to express the high sense I entertain of this distinguished honor, and of the confidence which has been reposed in me by the people of united America.

Previous to the execution of any official act of the President the Constitution requires an oath of office. This oath I am now about to take, and in your presence: That if it shall be found during my administration of the Government I have in any instance violated willingly or knowingly the injunctions thereof, I may (besides incurring constitutional punishment) be subject to the upbraidings of all who are now witnesses of the present solemn ceremony.

Here’s hoping that spirit of accountability is infused in Trump – as we hope it would be infused in all elected officials at any level of government who take a sacred oath.

Because they do have a sacred obligation.

Perhaps the most well-known inaugural address of the modern era?  John F. Kennedy’s 1961 address, in which he famously implored Americans to “ask not what your country can do for you – ask what you can do for your country.”

(To view previous presidential inaugural addresses for yourself, click here).

This website has been profoundly critical of the last two presidential administrations.  We believe they have charted disastrous courses for our country, fundamentally weakening it at home and abroad.

Can Trump turn things around?