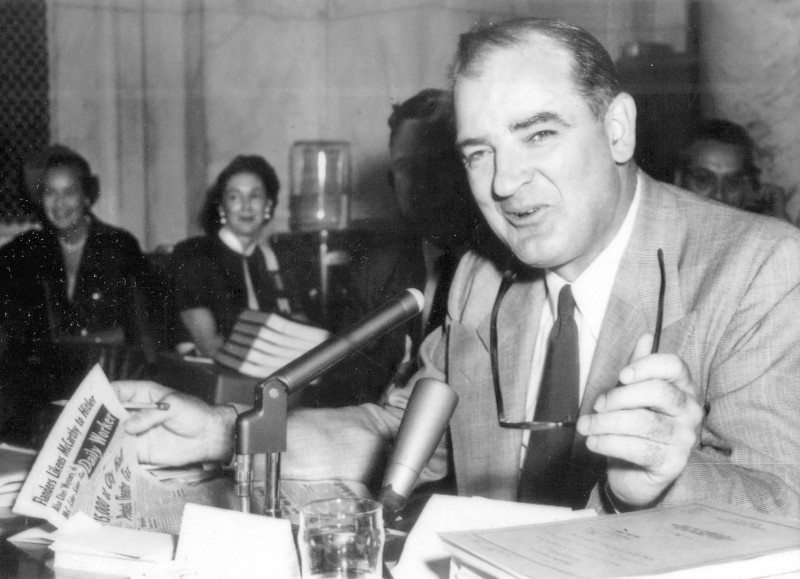 In 2016, the American political spectrum bent around backward on itself.  In good ways and not-so-good ways.

But the unexpected concaving of the nation’s political spectrum also created some dangerous new ideological alliances – particularly as it relates to American foreign policy.

And while these alliances lack the populist support of Trump (or former Democratic presidential candidate Bernie Sanders) they are flexing some serious muscle at the moment – especially in the bought-and-paid-for corporate media.

We’re referring specifically to efforts by liberal financier George Soros to provoke a war with Russia – efforts which of course have been embraced enthusiastically by GOP warmongers.

The latest manifestation of this campaign?  The “Russian Hackers” narrative – which basically holds that Trump conspired with Russian president Vladimir Putin to steal the 2016 election from Democrat Hillary Clinton.

Is that true?  We addressed the Russian hacking narrative in this post, concluding there is nothing at this point to suggest it is true (let alone that Trump or his campaign had any connection to it) … and that even if Russians did hack gullible Democrats, the Democratic corruption ultimately exposed by this breach is far worse.

Furthermore, the last time we checked the far left had absolutely no room to talk when it comes to pernicious foreign influence being exerted on American politicians.

More importantly, whoever hacked whichever email accounts – and whatever interests were exposed promoting various international conflicts – the fact remains the United States has no business meddling in Russia’s sphere of influence.  Nor should we be meddling anywhere in the world where core U.S. interests are not directly at stake.

Ron Paul is right – Americans want a new foreign policy.  And Trump has articulated precisely such a policy.

“What if Trump’s intentions really were to simply avoid a catastrophic war with Russia over Syria or Ukraine, as he stated on the campaign trail?” Robert Romano of Americans for Limited Government wrote this week. “In that political context, then, that is exactly what the American people just voted to do – avoid war – by electing Trump, taking into account the reckless Obama administration and Clinton policies in Syria and Ukraine, taking into consideration the emails and finally considering the accusation that Trump and Russia were somehow involved with the email disclosures.”

None of these powers-that-be want Trump … and by all appearances they are engaging in a soft coup at this very moment in an attempt to keep him from becoming president.

Good question.  Although let’s all take a moment to ponder what happened the last time a U.S. president had the temerity to oppose the reckless global interventionism of our nation’s warmongering elite.

What we are witnessing at this moment in America is fear-mongering of the very worst sort – with the goal of overturning the results of a valid, democratic election and plunging America headlong into a senseless conflict.

Whatever you think of Trump, this exhumation of Joseph McCarthy-style “red scare” tactics is despicable.  And dangerous.

Unless of course you believe needlessly provoking the nation that whipped Napoleon and the Nazis is a good idea – especially at a point in history when our nation is weaker than ever.