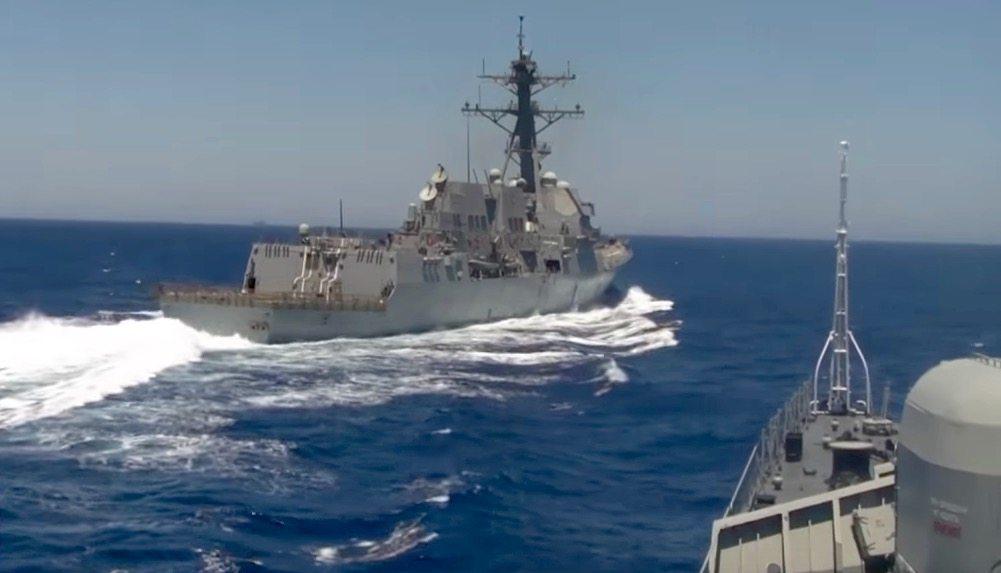 We’ve written previously on Russian aggression in the presence of American military assets … now it appears as though the United States is returning the favor.

How close?  One hundred and eighty feet, according to the Russians.

Here’s a video of the incident via RT …

According to the Russians, the incident took place on June 17 in the eastern Mediterranean Sea.

“US sailors allow themselves to neglect key foundations of navigation safety without thinking of the consequences that dangerous maneuvering in a heavily trafficked maritime area might involve,” a statement from Russia’s defense ministry noted.

This website has repeatedly opposed American interventionism in this part of the world (including our pointless Russo-antagonizing engagement in Ukraine).

Hell, we ought to be patting the Russians on the back for the work they’ve done against the Islamic State in Iraq and Syria (ISIS).

Bottom line?  There is no good excuse for provocations of this sort from either side …