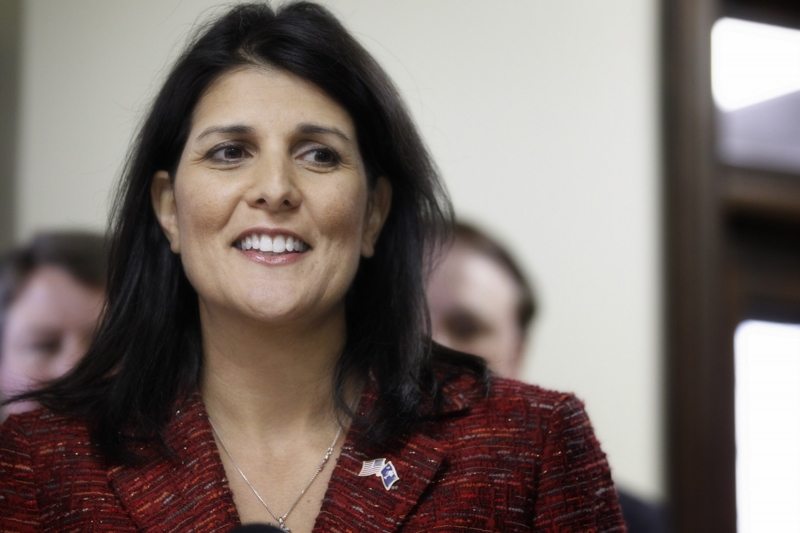 Back during the “Republican” national convention, we ran a post about S.C. governor Nikki Haley and her desperate need to be relevant.

Relevance has been hard for Haley to come by lately, though.

During the 2016 presidential campaign, the one-time “rising national star” wagered all her chips on the “Republican” establishment … and lost.  Big time.

Then she doubled-down … and lost again.

Turning her attention back to her home state of South Carolina, Haley jumped into a host of state legislative elections – and once again got her ass handed to her.

So … what’s a girl with an itching case of “Look-At-Me” syndrome (who will sell anybody and anything down the river for a spot in the limelight) supposed to do for attention now?

Aside from selling out while she still can?

Haley’s decision to feature the theme song of Democratic presidential nominee Hillary Clinton on her Facebook and Twitter pages earlier this week caused quite an uproar … which was apparently the whole point.

Dutifully, mainstream media outlets at the state and national level asked Haley whether she was still supporting GOP presidential nominee Donald Trump – whose candidacy she repeatedly tried to gut during the primary.  And Haley, like clockwork, seized upon the opportunity to answer the question she created.

Not only that, she chided reporters in the process – telling them there was “more news out there than what I’m listening to in the morning.”

There’s a problem-solving principle called Occam’s Razor which holds that “among competing hypotheses, the one with the fewest assumptions should be selected.”

The hypothesis with the fewest assumptions in this case seems pretty simple: Nikki Haley wanted attention.