S.C. governor Nikki Haley‘s decision to go “full-establishment” in her response to U.S. president Barack Obama‘s final State of the Union speech this week has generated a flood of reaction up and down the political spectrum.

Establishment “Republican” figures (and some liberal Democrats) have raved over the inclusiveness of her remarks … while more conservative GOP figures bristled at its tone of appeasement.

Non-political people?  They were just mystified by Haley’s teeth …

Our view?  Haley’s address – well-written and reasonably well-delivered – said nothing of any real substance.  It basically told critics of Washington, D.C.’s bipartisan mess to sit down and shut up – lest she compare them to murdering white supremacists.

Basically, Haley chose to back the big government wing of the GOP lock, stock and barrel – a choice we believe puts her at odds with the ideological shift in her own party (to say nothing of disaffected fiscally conservative, socially liberal voters who never identified with the GOP in the first place).

How is Haley’s speech playing with other observers?

“While Haley’s performance Tuesday night may have indeed solidified her A-list status in the Republican establishment, the primetime moment was actually the culmination of years of careful – and often quiet – backstage maneuvering by the governor’s team as they worked to position her as a top-tier contender for the vice-presidential nomination,” BuzzFeed’s McKay Coppins wrote, adding that Haley “seems destined to become both a prominent fixture of this year’s ‘veepstakes’ conversation – and a target of hard-right populists.”

One of those populists – radio host Rush Limbaugh – devoted most of his show Wednesday to Haley’s speech. 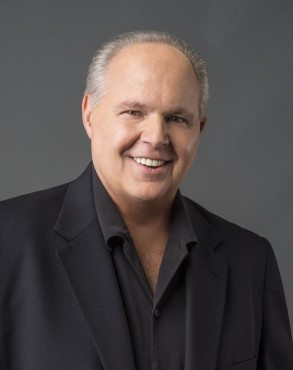 According to Limbaugh, Haley’s speech was further evidence that the GOP remains bent on rejecting its own base.

“(Haley) goes after the loud voices, the angry voices and that could be anybody,” he said.  “And she admits today that she was talking about Trump, to a lesser extent (Ted) Cruz.  She also means talk radio, she also means the conservative base and don’t believe anything other than that.”

“But here’s the thing folks,” Limbaugh continued, “this is to me one of the greatest bits of evidence that the Republican party is not just anti-conservative but it is very much pro-elite.  It is a club that they don’t want a whole lot of people joining.”

Specifically, they don’t want Trump joining the club – even though, according to Limbaugh, he has “put together a coalition of supporters that on paper is exactly what the Republican Party claims it wants.”

This website has never been a fan of Limbaugh’s – but it’s hard to argue that point.

It’s also hard to argue polling data which shows a big chunk of Democrats – and huge swaths of independents – who are rallying to “The Donald’s” banner.  Independent voters and crossover Democrats are what the GOP claims it needs to win national elections – yet the party establishment is increasingly hostile to anyone who builds such coalitions.

Sound familiar?  This is exactly what happened in 2012 with the Ron Paul movement … whose members were told in no uncertain terms that they were unwelcome in the GOP’s “diverse” tent.

Over on Breitbart News – another site which speaks to the burgeoning conservative contingent of anti-establishment voters – Haley’s speech was also viewed as a failure.  Well, five failures.

“Haley offered no actual response to what President Obama had said in his State of the Union address, and few direct criticisms of his policies,” Breitbart’s Joel B. Pollack wrote.

“Both President Barack Obama and Republican South Carolina Gov. Nikki Haley – who delivered the GOP rebuttal to the State of the Union –seemed to speak directly to Donald Trump at times on Tuesday night,” CNN’s Rebekah Metzler wrote.  “In fact, they had strikingly similar messages of tolerance and bipartisanship.”

In fact Metzler’s piece played a game of “Who Said It?” – interspersing Haley and Obama’s eerily similar rhetoric.

Bottom line?  Haley capably advanced the GOP’s failed approach of sounding conservative without meaning it – while demonizing those who actually do mean it.  And who are succeeding in advancing their ideas.

Sound like a winning strategy?  Let’s ask the guy she endorsed for president in 2012 about that, shall we?

Jeb Bush: Donald Trump Is A “Jerk” Who Hates People With Disabilities