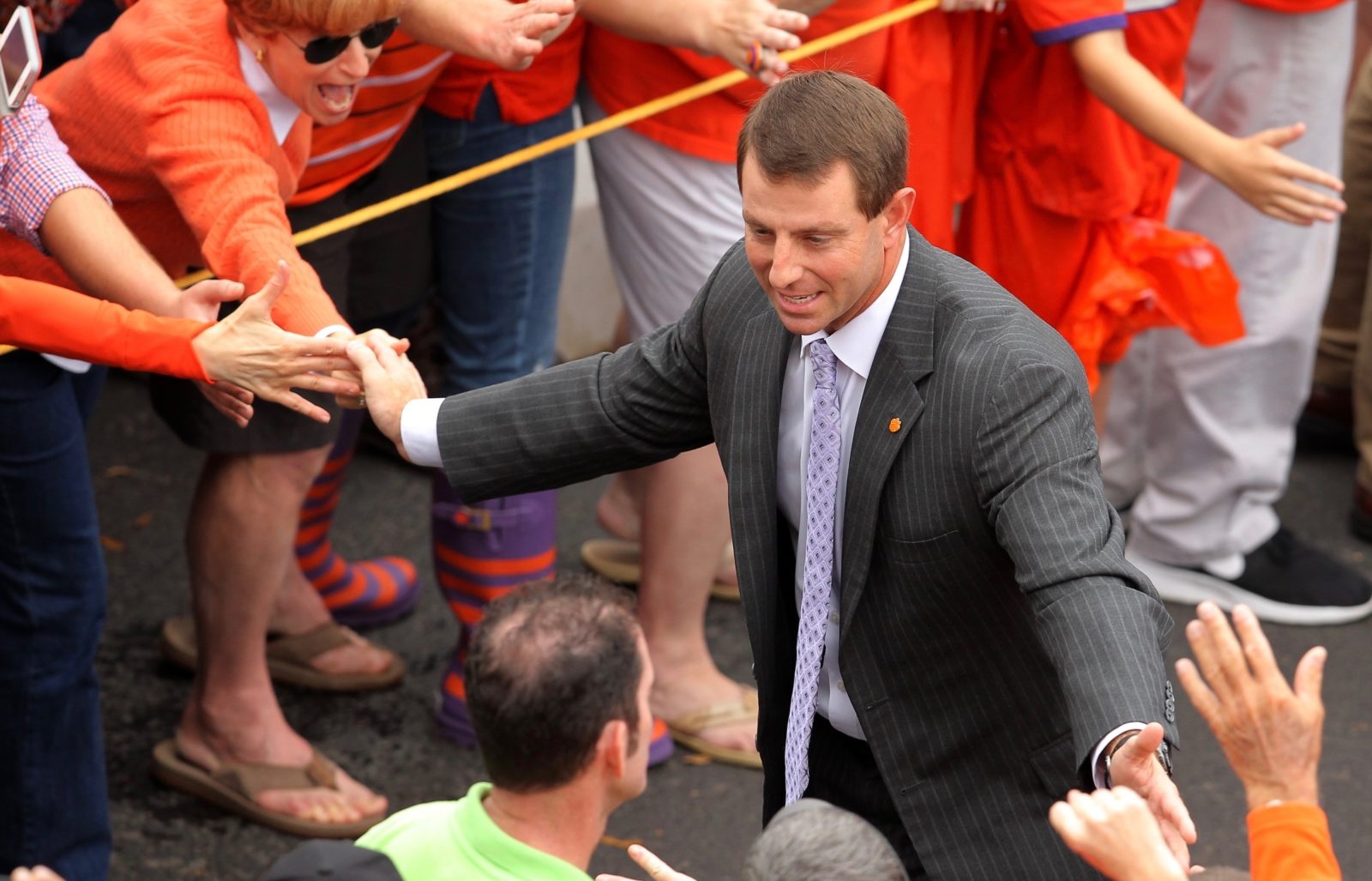 WHO REALLY TURNED CLEMSON FOOTBALL INTO A CHAMPIONSHIP CONTENDER?

It was third down and eleven. The ball was on the Alabama forty-four yard line. There were eleven minutes and thirty-two seconds left in the fourth quarter … of the national championship game.

The game – and the glory – was Clemson’s for the taking.

On this pivotal play, Coker – facing a blitz up the middle of the field – heaved a prayer down the right sideline.  It was answered thirty-eight yards later in the arms of a twisting, turning ArDarius Stewart.

Alabama had to settle for a game-tying field goal, but placekicker Adam Griffith executed a perfect onside “pooch” kick on the ensuing play – leading to a go-ahead Alabama touchdown.

It was the first time all season Clemson had trailed in the fourth quarter.

Clemson responded – several times, actually – but the Tigers never recovered.  They could never regain the offensive against the Tide, and Saban went on to win his fourth national championship in seven seasons.

“I almost had that son of a bitch,” Swinney reportedly mused months later to his soon-to-be in-state rival, new University of South Carolina head coach Will Muschamp.

Will Swinney get another chance at Saban?

Clemson enters the 2016 season as a legitimate national title contender.  Its quarterback, DeShaun Watson, is a Heisman Trophy frontrunner – and is playing behind what should be an improved offensive line.  More importantly the Tigers’ dominating defense is restocked – and ready to wreak havoc on opposing offenses.

Speaking of, Clemson’s Atlantic Coast Conference schedule is favorable – and its non-conference arch-rival (a.k.a. Muschamp’s team) is going through a rebuilding period.

Furthermore the Tigers are rolling on the recruiting trail … and the program recently broke ground on a new state-of-the-art $55 million football facility.

The future is wide open for those who wear orange and white. 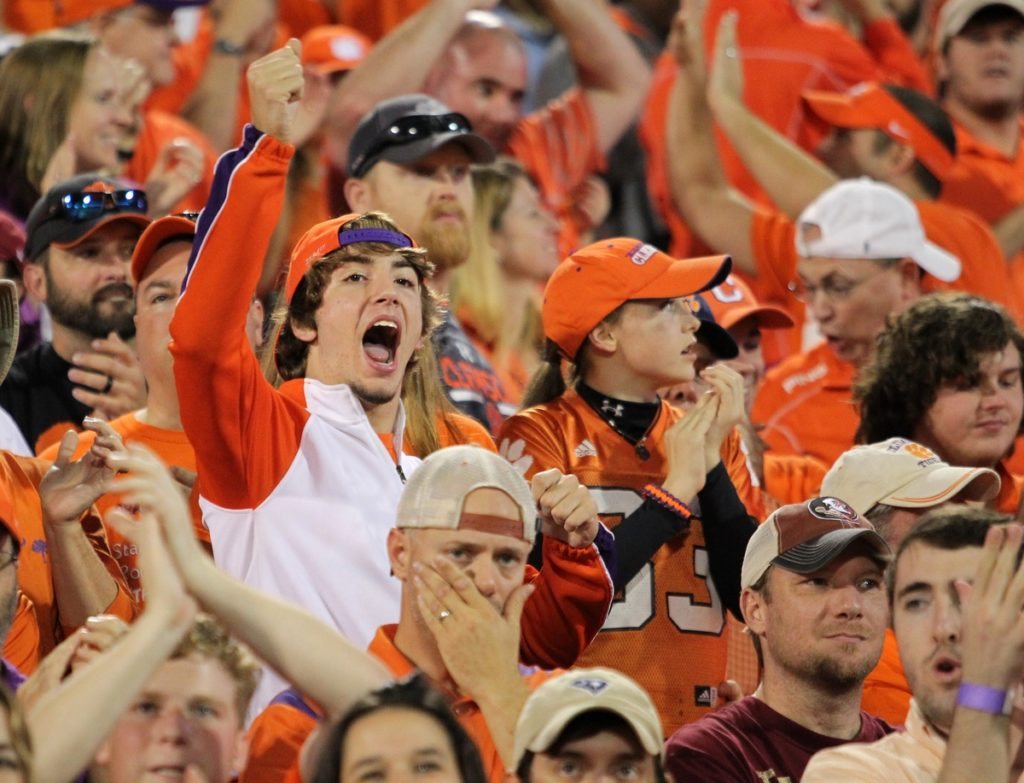 Does Swinney deserve the credit for all of this?  “Yes,” according to Tiger fans.

“The Tigers are now one of the nation’s premiere football teams,” the website Rubbing The Rock noted.  “The recruiting continues to get better, the facilities are top-rate, and the philosophy is ‘All In.'”

“All of this can be traced back to one man: Coach Dabo Swinney,” the article suggested.  “Swinney has built this program back to its former glory and has the Tigers in a place where (they have) not been in over 30 years.”

Swinney’s adeptness on the recruiting trail is plain to see.  Hell, he and his staff have landed Top Ten national recruiting classes almost every year on the job.  This year Clemson scored the No. 5 class in the nation – trailing only Alabama, Florida State, Ohio State and Michigan.

Oh … and that was after they lost the No. 1 recruit in the nation.

In coaching circles, most of the credit for Clemson’s stellar 2016 class went to defensive coordinator Brent Venables, who was named national recruiter of the year by Rivals.

In fact many believe Venables – who was hired in the aftermath of Clemson’s 2012 Orange Bowl fiasco – has been the key cog in the program’s broader resurgence.  Not Swinney.

Prior to Venables arrival in Tigertown, Swinney had posted a 29-19 record (including a 1-3 mark in bowl games).  After Venables, Clemson has gone 46-8 – including a 4-1 postseason mark.

“Dabo is the cheerleader, Venables is the coach,” one Clemson booster told us. “And who cares as long as we win?”

And we expect Clemson to keep winning … so long as Venables is bringing in (and coaching up) top defensive talent.