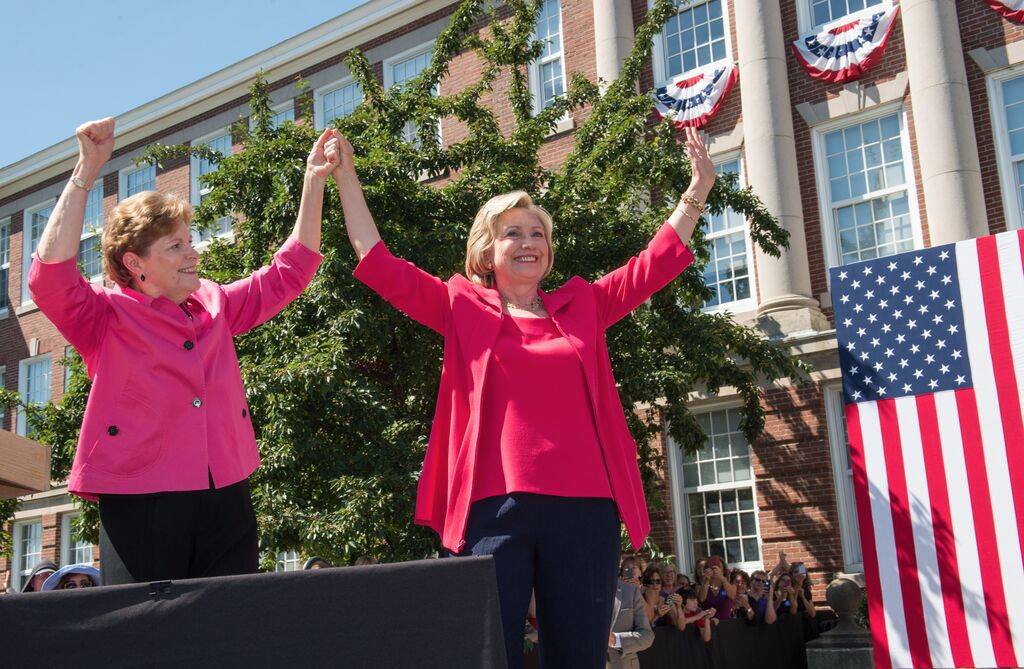 FBI: “NO CHARGES ARE APPROPRIATE”

Just in time for the quadrennial presidential conventions this summer, presumed Democratic presidential nominee Hillary Clinton has been cleared of wrongdoing by the Federal Bureau of Investigation (FBI) in its probe of her private email server.

“In our system the prosecutors make the decision,” Comey stated.  “Our judgment is that no reasonable prosecutor would bring such a case.”

For months the FBI has been probing Clinton’s alleged mishandling of classified information on her private email server – a system which appears to have been established for the expressed purpose of evading federal disclosure requirements during her tenure as U.S. Secretary of State from 2009-13.

Clinton was required by law to keep a record of the business she conducted.  She didn’t.  Instead, she maintained an “off the books” email server – the contents of which she later deleted.

The existence of Clinton’s private server was uncovered during a U.S. House of Representatives’ investigation into the September 11, 2012 terrorist attack on a U.S. diplomatic outpost in Benghazi, Libya.  The final report on that Clinton scandal was released last week, incidentally.

Even though Comey argued against the filing of criminal charges against Clinton, his announcement included several damaging revelations that could create serious problems for her presidential bid.

First, he acknowledged that “110 emails in 52 email chains have been determined to contain classified information.”

“Eight of those chains contained information that was ‘Top Secret,'” he added.

This revelation explicitly refutes previous claims made by Clinton.

“There was never any material marked classified that was sent or received by me,” Clinton told CBS’s Face The Nation back in May.  “It’s another effort by people looking for something to throw against the wall … to see what sticks.”

“There’s no ‘there’ there,” Clinton added.

Second, Comey stated that Clinton and her attorneys failed to turn over “thousands of emails” to the FBI as it began its investigation.  Additionally, many of Clinton’s emails were lost forever as her attorneys determined what information they would – and wouldn’t – turn over to investigators.

Still, he said his agents found “no intentional misconduct in connection with that sorting effort.”

Perhaps the most damaging revelation Comey made in “clearing” Clinton involved the distinct possibility that the contents of her private email server wound up in the hands of America’s enemies.

“None of these emails should have been on any unclassified system,” Comey added.

Lynch oversees the FBI – and her meeting with Bill Clinton prompted her to announce that she would simply accept the FBI’s findings and prosecutorial recommendation rather than weigh in on the matter herself.