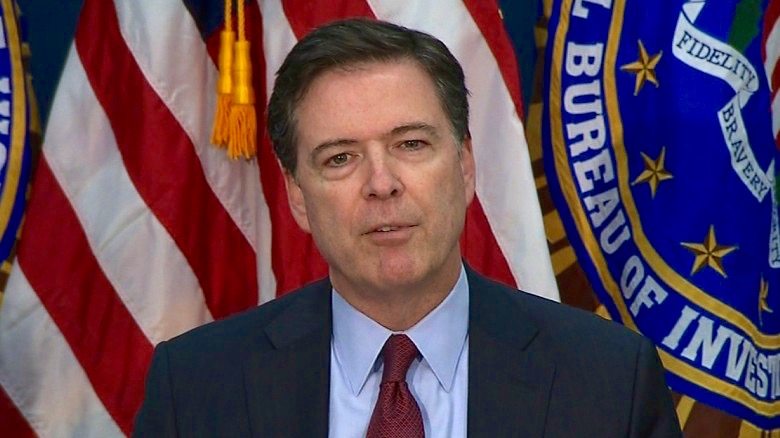 NO “MALICIOUS INTENT” SAVED CLINTON … NOT OTHERS

There’s a great post from our friends at Zero Hedge exposing the utter hypocrisy of the Federal Bureau of Investigation (FBI) in the aftermath of its charade-probe of Hillary Clinton.

In case you missed it, FBI director James Comey announced this week that his agency would not recommend indicting Clinton – the presumed Democratic presidential nominee – in connection with her email scandal.

How come?  Because she’s too big to prosecute, apparently …

The FBI was investigating Clinton’s alleged mishandling of classified information on her private email server – a system which appears to have been established for the expressed purpose of evading federal disclosure requirements during her tenure as U.S. Secretary of State from 2009-13.

According to Comey, Clinton isn’t being indicted because the FBI found no evidence of “clearly intentional and willful mishandling” of classified information on her part.

Zero Hedge uncovered the story of Bryan H. Nishimura of Folsom, California – a former Naval reservist deployed in Afghanistan in 2007 and 2008.

Last July, Nishimura was sentenced to two years of probation and forced to pay a $7,500 fine after pleading guilty to the “unauthorized removal and retention of classified materials.”

“The investigation did not reveal evidence that Nishimura intended to distribute classified information to unauthorized personnel,” the FBI news release announcing his guilty plea stated.

In other words like Clinton, the FBI could not prove there was malicious intent on Nishimura’s part.  Nonetheless, he was indicted and prosecuted for his crimes.

Our guess is there are dozens of cases like Nishimura’s out there involving individuals indicted and prosecuted by the FBI for offenses that were far less egregious than those at the heart of Clinton’s scandal.

Unlike you, they are above the law …