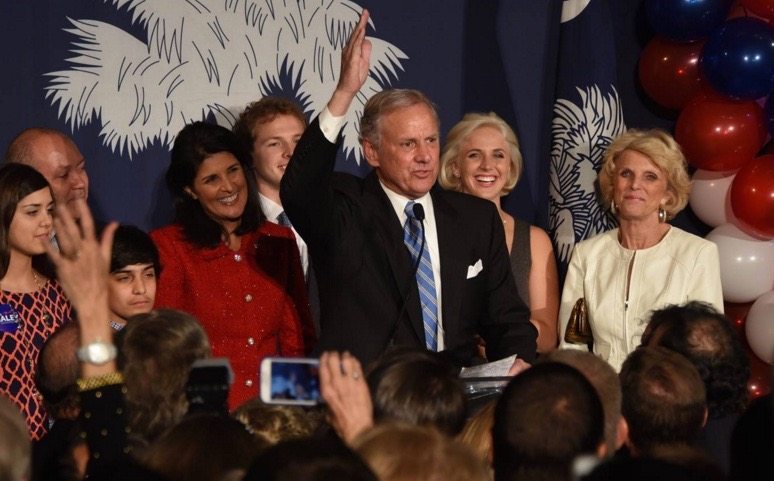 Last week this website did a story on the 2018 gubernatorial aspirations of S.C. lieutenant governor Henry McMaster.

This week, the Associated Press is weighing in on McMaster’s prospects as a candidate for the state’s top executive post.

According to reporter Meg Kinnard, the thick-drawled, 69-year-old guffawer is “hoping” to be a candidate in the upcoming election.

“I’d love to do it,” McMaster said during a social media chat this week. “It’s too early to announce anything.  But I hope I’m going to be able to do it.  I’m hoping to be in that race.”

If Trump is victorious in November, then McMaster – who lent him a key “First in the South” presidential endorsement – might be in line for a sweet gig in Washington, D.C.

A week ago, sources close to the veteran politician tell us his plans were “unsettled” – but that he was leaning against a gubernatorial bid at this point.  Well, assuming term-limited S.C. governor Nikki Haley – who has seen her power at the state level evaporate – didn’t step down and gift-wrap the benefit of incumbency.

“If Haley were to leave office early he would absolutely campaign as an incumbent,” one McMaster confidant told us.  “But I don’t see him engaging an open primary in 2018.”

Still other sources insist McMaster is a lock to run – no matter who announces (or eventually files) as a “Republican” candidate.

As we reported earlier this week, the 2018 race is already gearing up … meaning McMaster will have to commit one way or the other, sooner rather than later.