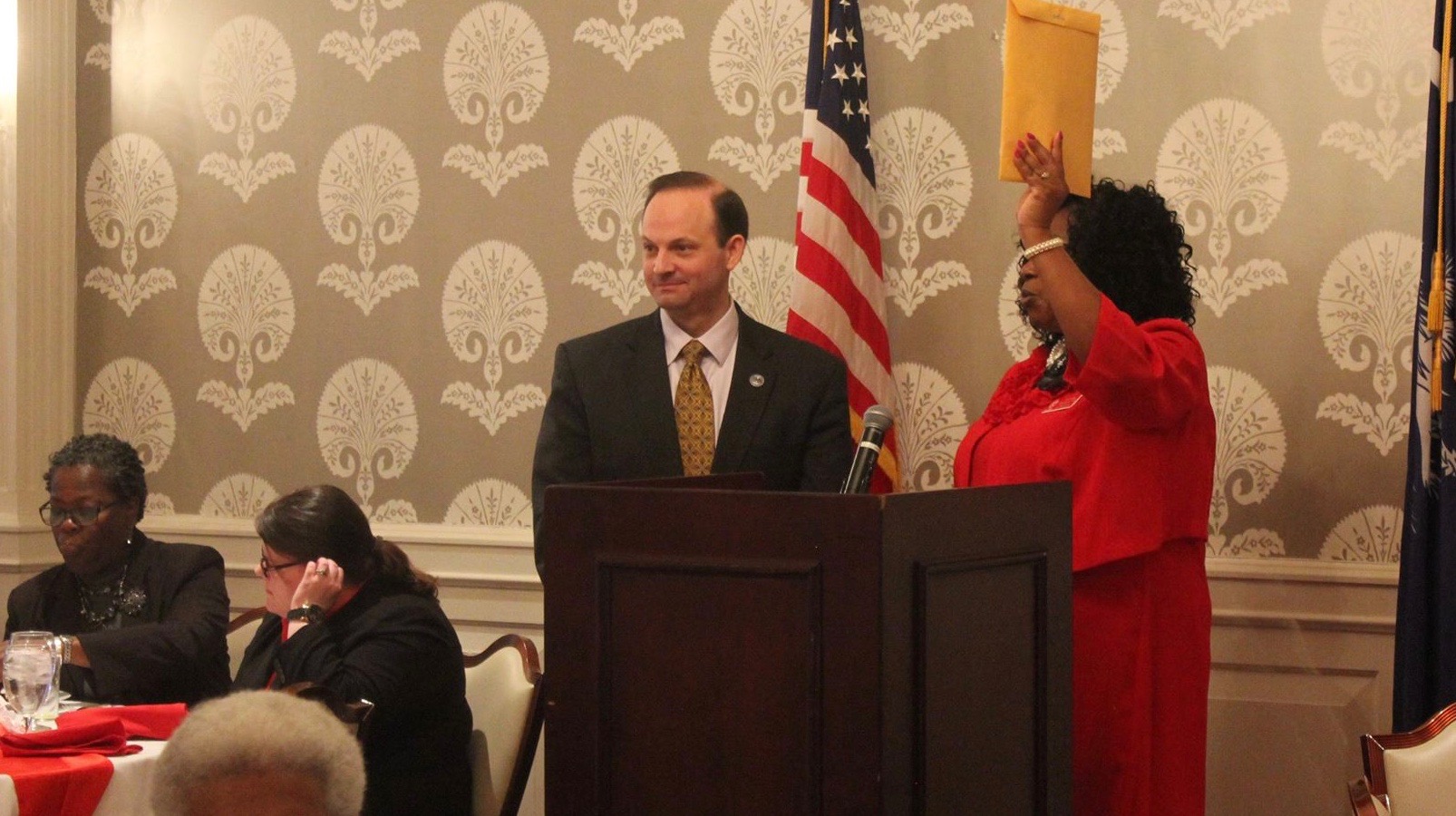 Given that he totally imploded on the statewide stage earlier this year, it’s not surprising that S.C. attorney general Alan Wilson is finding the sledding tough in his bid for higher office.

Wilson’s obstruction of an ongoing investigation into political corruption at the S.C. State House has taken him from 2018 gubernatorial frontrunner to second-tier candidate.

And when we say second-tier, we’re being generous …

Anyway, Wilson is running for governor … not because he still has a chance at winning, but because he has no other option.

And everybody knows it …

Earlier this month, Wilson and his top political aide Adam Piper (who recently received a fat raise for all of his, um, “work” on behalf of taxpayers) took time away from their busy schedules to do some political campaigning in the Upstate.

In fact, we’re told at least one of the two government employees took taxpayer-subsidized vacation time to engage in political activity.

Specifically, Wilson and Piper were looking to raise money for his upcoming gubernatorial bid – which at this point is shaping up to be a spontaneous combustion the likes of which America hasn’t seen since Spinal Tap.

Anyway, Wilson has told prospective donors that he hopes to raise a million dollars for his campaign by the end of the year.

A big part of this “hoped-for” haul?  Roughly $660,000 that Wilson currently has on hand in his statewide account for attorney general (well … as of last month’s filings with the S.C. State Ethics Commission).

Wilson is hoping to transfer campaign contributions from his prior attorney general’s race over to his upcoming gubernatorial campaign – and has already begun the process of obtaining permission from his former donors to do just that.

Is this legal?  Yes.

State law provides that such transfers are permissible so long as “the person originally making the contribution gives written authorization for its use to further the candidacy of the individual for a specific office which is not the office for which the contribution was originally intended.”

Of course given Wilson’s history, let’s hope state ethics watchdogs are going behind him and checking his math.

Beyond that, there is a concern that Wilson’s former donors will feel pressured to lend their assent to these transfers.

“People are concerned that he will send out the letter that allows him to shift the money over to a governor’s race and they will feel pressured not to object because he is the sitting attorney general,” a source familiar with the situation tells us.

“(Wilson) is calling people and telling them he has a personal favor that is not political,” the source added.

So … how do we see all this playing out?

Our guess is Wilson will be reasonably successful in getting his former donors to authorize these transfers.  After all, he is the top prosecutor in the state for the next two years – and a lot of the people who donated to him are attorneys.

They won’t be looking for a reason to needlessly piss Wilson off … especially in light of his recent irrational outbursts.

Having said that, we’re told Wilson is encountering little in the way of success when it comes to raising funds outside of this existing base of donations.

Which is not at all surprising …

“He’s being politely told ‘no,'” one source told us “Over and over again.”

Obviously we’ll keep our ears to the ground as Wilson and other aspiring 2018 hopefuls begin the process of reaching out to donors over the next few months.

With several candidates eyeing January campaign kickoff announcements, the money race for the governor’s mansion is very much underway.