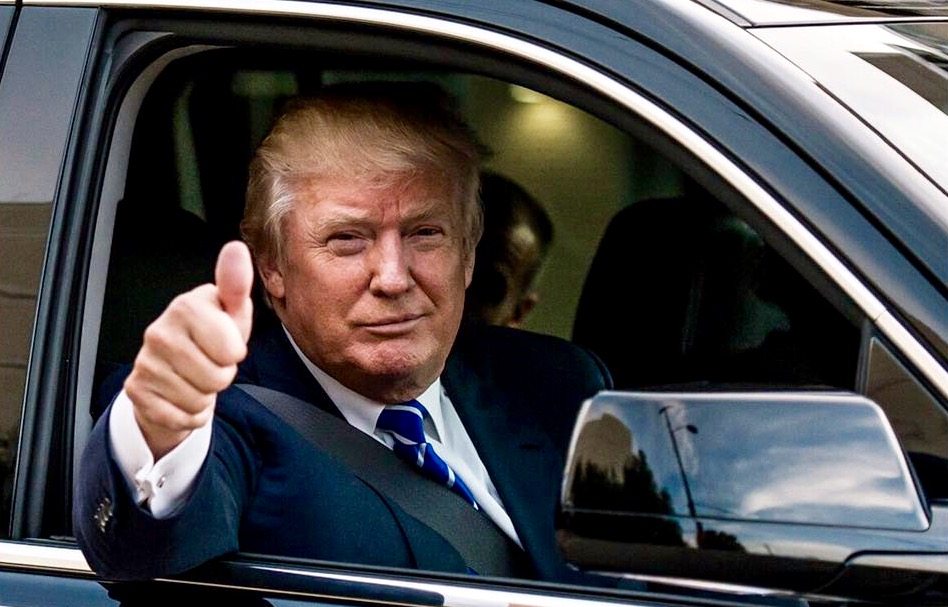 GOP presidential nominee Donald Trump‘s bluntness and disdain for political correctness is one of the reasons he is where he is right now … but will it also be his undoing?

Two weeks ago Trump was riding high … taking the fight to Democratic nominee Hillary Clinton in the critical swing states of Florida, Ohio and Pennsylvania.

This week?  Trump has seen his poll position erode thanks to a series of unforced errors … verbal gaffes that have drawn attention away from Clinton’s myriad scandals (to say nothing of the ongoing economic malaise that should be punching his ticket to 1600 Pennsylvania Avenue).

Don’t get us wrong, Trump is operating at a disadvantage.  It’s difficult if not impossible to compete in the marketplace of ideas when the gatekeepers (i.e. the mainstream Fourth Estate) are totally in the tank for your opponent … but let’s be honest, Trump has done himself no favors.

How bad have things gotten?  Earlier this week, we started drafting an article in which we opined that Trump’s best bet for winning the White House was to pull a Howard Hughes … a.k.a. locking himself in a darkened studio and watching movies naked for the next four months.

That would certainly be preferable to his last few weeks on the campaign trail.

This week, reporter Amanda Becker of Reuters has a story up in which Clinton aides say there entire campaign strategy can be summed up in four words: Let Trump be Trump.

Yeah … that’s not good news for the GOP nominee.

Aside from the aforementioned media bias, Trump supporters make several compelling counterpoints to the “doom and gloom” narrative currently surrounding his candidacy.

First, they point to the calendar – and the fact Trump has another two-and-a-half months before Election Day to get his act together.

“Better to hit bottom in mid-August than mid-October,” one Trump staffer told us.

“I thought it was better to never hit bottom,” one Clinton backer quickly retorted. 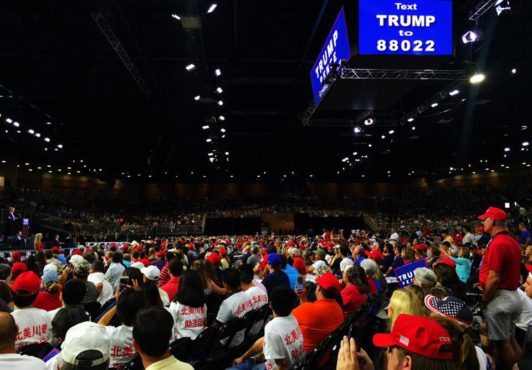 Additionally, Trump backers cited looming leaks against Clinton – who has been badly exposed during the current campaign as a bought-and-paid-for political hack (and a dishonest one at that).  If additional revelations were to expose criminal activity – and a coverup – Clinton could be crippled.

Finally, Trump supporters point to polling data suggesting their candidate is still within striking distance in the key swing states despite his abysmal last few weeks – and that’s before factoring in the “anti-Trump polling bias.”  If he can get back on message, they say the election is his to lose.

And what message is that?

That certainly sounds about right … but it’s starting to feel as though the GOP nominee doesn’t want to get back on message.

Seriously … not since U.S. Rep. Mark Sanford waxed incessant about his “soul mate” have we found ourselves wanting to tackle a politician any more than we’ve wanted to tackle Trump over the last two weeks.

Which leads to the question we headlined above: Is he trying to lose?

Obviously we endorsed Trump’s primary bid.  Of course we made it abundantly clear at the time our nod wasn’t “necessarily about backing a particular candidate” but rather about “lending our assent to a real movement – a purifying conflagration whose righteous indignation is rooted in a real struggle (that) South Carolinians know far better than most in this country.”

We wanted to blow the GOP establishment up … and whatever happens to Trump in November, we’re glad we helped do that.

Still … the point of taking out the “Republican” status quo was to provide voters with (for the first time in a long time) an actual choice.  A credible alternative.  Something other than two purchased parties of big government.

Trump needs to rediscover his credibility … and fast.