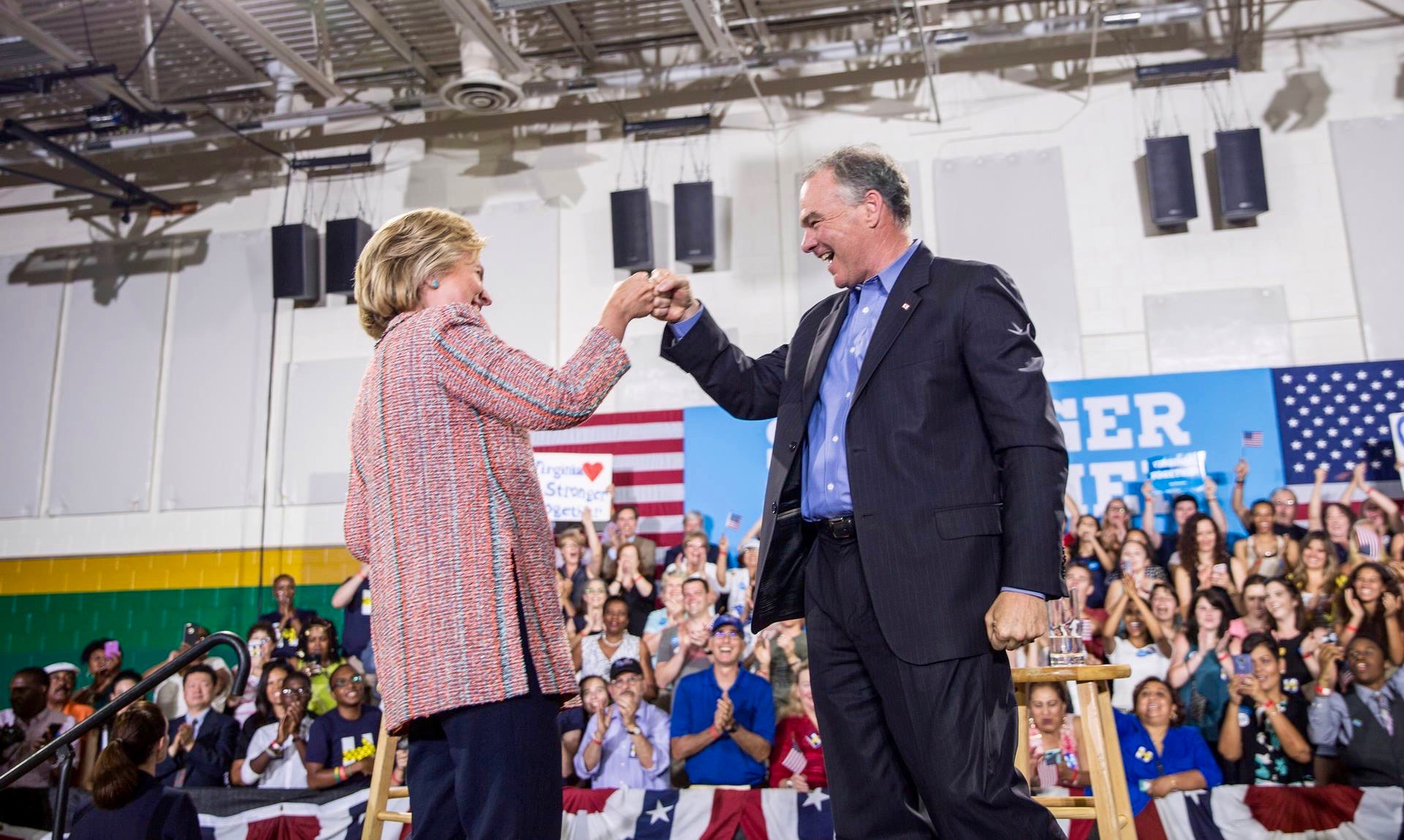 Democratic presidential nominee Hillary Clinton chose a favorite son of the banking industry as her vice presidential running mate – enraging “progressive” liberals who were already fuming over her bought-and-paid-for candidacy.

Clinton’s selection of U.S. Senator Tim Kaine of Virginia particularly pissed off supporters of U.S. Senator Bernie Sanders – the independent socialist from Vermont whose populist insurgency turned what should have been Clinton’s coronation into a bitterly contested primary battle.

“Clinton must know that her choice of Kaine can only inflame rather than soothe her relations with the huge constituency of Bernie supporters,” liberal activist Norman Solomon told the website Common Dreams.

Over on the website Re-Wire, arch-liberal abortion supporter Jodi Jacobsen wrote that Kaine’s selection was a signal that “Clinton intends to seek progressive votes but ignore progressive values and goals, likely at her peril, and ours.”

Meanwhile Ruth Conniff, editor-in-chief of The Progressive magazine, said Kaine’s selection was “a sign that Hillary does not feel like she has to do anything for the progressive wing of the party, which is unfortunate.”

Clinton helped draft (and initially supported) TPP, but has since claimed she has problems with the deal “in its current form.”

Trump isn’t buying it – and has been aggressively calling Clinton out on the issue.

In addition to his banking industry backers and crony capitalist trade beliefs, Kaine is also loathed by progressives for being personally pro-life – and for supporting some modest limitations on abortion in the past.

Politically, Kaine is pro-choice … but that’s unlikely to sate the hard-core “abortion-on-demand” advocates.

Radical environmentalists don’t like Kaine either because of his support for offshore drilling along the Atlantic seaboard.

“I have long believed that the moratorium on offshore drilling, based on a cost-benefit calculation performed decades ago, should be re-examined,” Kaine said earlier this year, adding “I support exploration off the coast of Virginia.”

So … is there a progressive constituency that does like Kaine?

Clinton was already struggling to keep Sanders’ supporters “with her” ahead of the November election – and many of them were watching and hoping she would select a vice presidential nominee more responsive to their agenda.

That didn’t happen.  Clinton decided to double down on the D.C. status quo – effectively giving Sanders and his backers the old “one-finger salute.”

Not smart at all …

Obviously we’re a long way from November – and we’ll have to wait to see how things play out in the months ahead – but the selection of Kaine as Clinton’s running mate has the potential to be disastrous for her candidacy.

Compounding Clinton’s problems?  Her selection of Kaine was announced on the same day Wikileaks released thousands of damning emails exposing clear collusion between Democratic party leaders and pliable members of the mainstream media.

The unmistakeable aim of this collusion?  Sinking Sanders’ candidacy so that Clinton could receive the nomination.