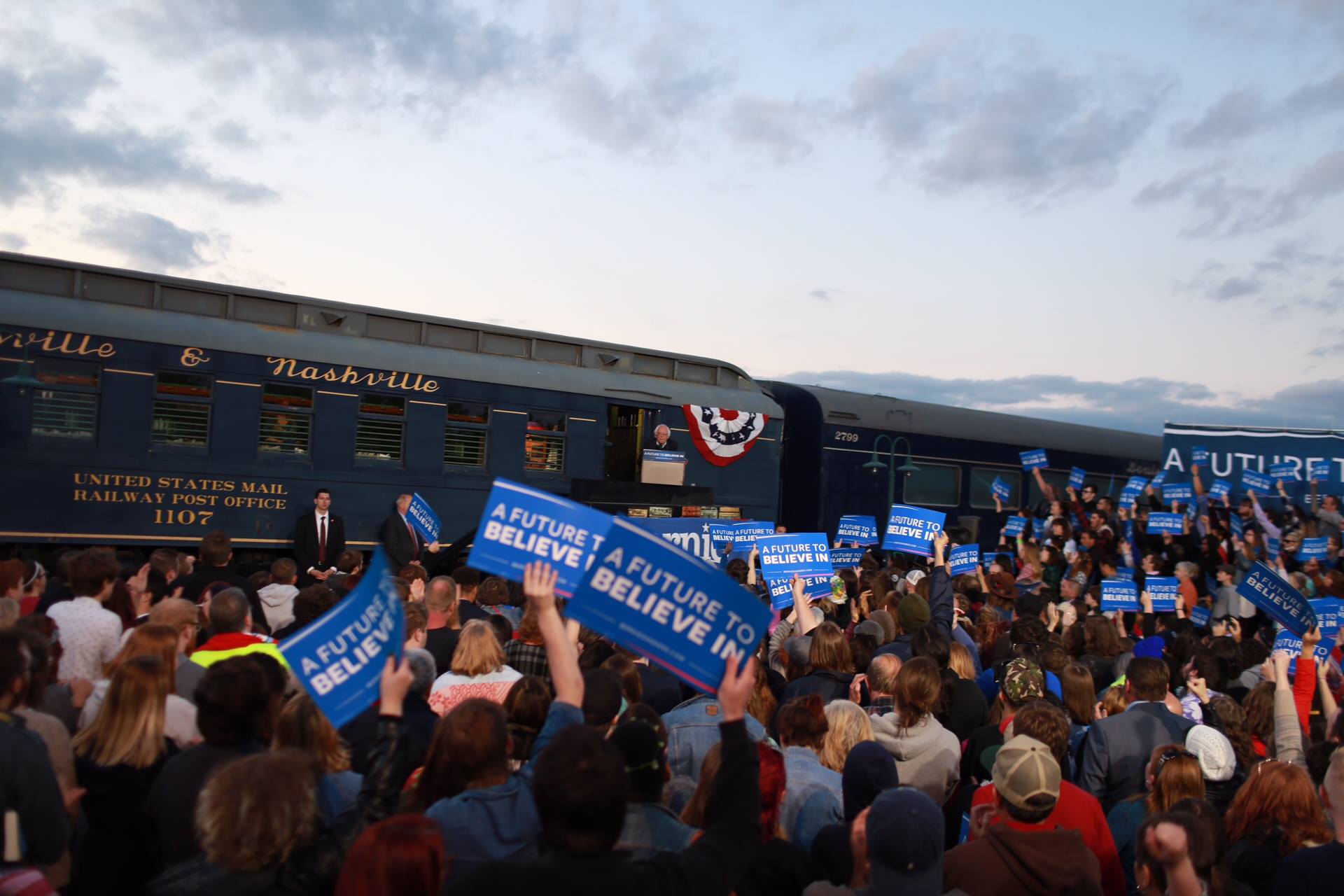 While the #NeverTrump movement of “Republican” establishment insiders and political consultants fades into irrelevance, there’s growing evidence to suggest presumed Democratic frontrunner Hillary Clinton could face a wide open revolt from the left in this fall’s general election.

We’ve written previously about deep divisions within both parties … but given the exploding fault lines within the GOP, that’s where most of our focus has been.

Most analysts have long believed the badly-fractured “Republican” party would never rally around presumptive nominee Donald Trump.  In fact as recently as last month, conventional political wisdom held that Trump was unlikely to survive a contested GOP convention this summer – with the ensuing chaos throwing the election to Clinton.

Early general election polling has shown Trump in a surprisingly competitive position, though, while Clinton continues to upset the radical, populist left in her effort to shut down the insurgent candidacy of independent socialist U.S. Senator Bernie Sanders.

Last weekend, the Nevada Democratic convention descended into chaos when party officials loyal to Clinton approved a set of rules (and appropriated a handful of delegates) in a manner Sanders’ supporters said was unfair.

Sanders was pressed to disavow the actions of some of his angriest supporters – including those who allegedly made death threats against Nevada party officials – but he did not.

Instead, he issued a scathing rebuke of the Democratic establishment – one that lays bare the party’s problem heading into November.

It is imperative that the Democratic leadership, both nationally and in the states, understand that the political world is changing and that millions of Americans are outraged at establishment politics and establishment economics. The people of this country want a government which represents all of us, not just the 1 percent, super PACs and wealthy campaign contributors.

That sounds like it could have been ripped straight from a Tea Party manifesto, doesn’t it?

The Democratic Party has a choice. It can open its doors and welcome into the party people who are prepared to fight for real economic and social change – people who are willing to take on Wall Street, corporate greed and a fossil fuel industry which is destroying this planet. Or the party can choose to maintain its status quo structure, remain dependent on big-money campaign contributions and be a party with limited participation and limited energy.

We’ve written previously about Clinton’s crony capitalism and neoconservative warmongering – and how these “values” were wholly incompatible with the ideals of the progressive left (to say nothing of the ideals of many libertarians and limited government conservatives).

However, we always believed enough progressives would overlook all of that and fall in line behind Clinton so as not to cause her any real headaches in November.

Increasingly, it’s looking as though that may not be the case …

Clinton has a real problem on her hands, people.

Not only has Sanders dramatically outperformed expectations in the Democratic primary (winning more than nine million votes and 1,473 delegates, at last count), he is exposing Clinton – and the party establishment backing her – as being part of a rigged system.

A system accountable to powerful interests, not the people.

Clinton?  She’s increasingly finding herself caught in the middle of a pincers …

“First In The South” Girl Power