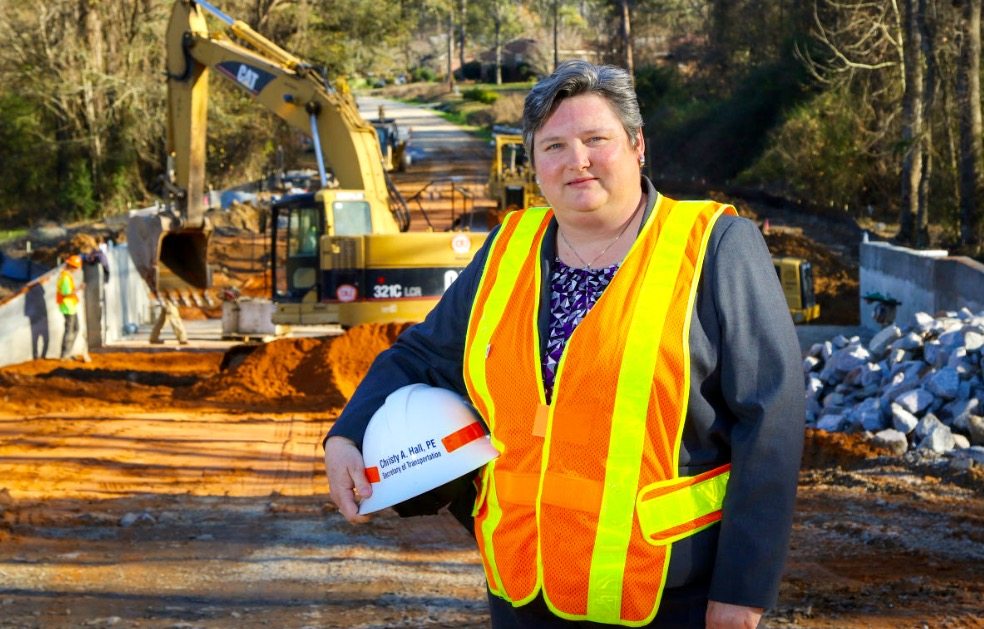 The woefully mismanaged, scandal-scarred S.C. Department of Transportation (SCDOT) is at it again …

On the heels of several additional embarrassing revelations about its ongoing incompetence, the agency is once again complaining about its budget – which has more than doubled over the last six years.

Not only that, it’s using your tax dollars to bitch and moan … (your borrowed tax dollars, we’d like to point out).

Take a look at this revealing screen cap – which shows the agency’s response to a recent taxpayer-submitted “maintenance work request.” 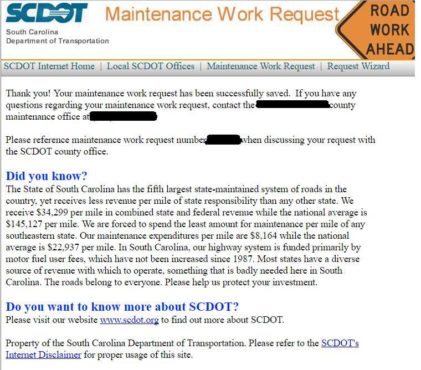 “We are forced to spend the least amount for maintenance per mile of any southeastern state,” the agency’s canned response noted, adding that the state’s highway system is funded primarily by “motor fuel user fees, which have not been increased since 1987.”

Laying it on pretty thick, huh?

“Most states have a diverse source of revenue with which to operate, something that is badly needed here in South Carolina,” the missive concluded.

Wait … what about those costly “interchanges to nowhere?”  Or the millions in “wetlands mitigation” costs for Interstates that shouldn’t (and may never) be built?  What about the tens of millions of totally unnecessary corporate infrastructure taxpayers are currently subsidizing?  Or all those totally unnecessary (and politically-motivated) expansion projects?

The source who forwarded us this screen cap didn’t mince words, referring to the SCDOT screed as “straight up propaganda to increase the gas tax.”

We’ve said it before, we’ll say it again: The Palmetto State has more than enough revenue available to fix its crumbling network of roads and bridges – and to properly maintain/ responsibly expand this network moving forward.  SCDOT doesn’t need more money from tax hikes … nor do lawmakers need to engage in constitutionally-dubious borrowing schemes to fund the agency.

Lawmakers simply need to prioritize projects and enact long-overdue administrative reform – creating (at long last) a direct line of accountability between the agency and the people it is supposed to be representing.

For hard-working South Carolina taxpayers (who already pay disproportionate percentages of their modest incomes on fuel costs) the receipt of such a weepy “we need more money” response from SCDOT is embarrassing.  In fact it’s almost as embarrassing as when the agency gets off its lazy ass and actually “responds” to such maintenance requests.