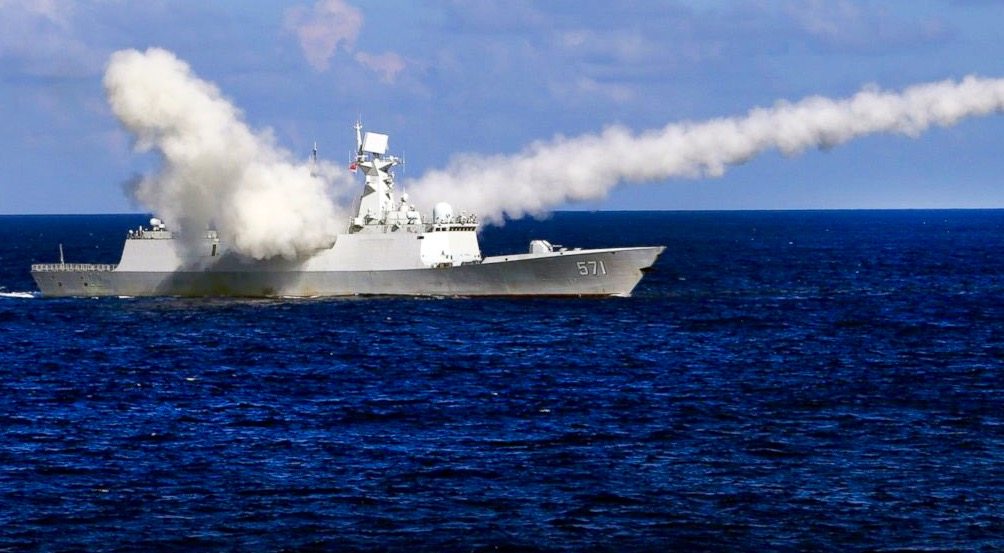 TENSIONS RISING BETWEEN CHINA AND AMERICA

As the world recoils from the latest radical Islamic terror attack, China has ramped up its rhetoric in response to a rebuke over its disputed claims in the South China Sea.

Specifically, the communist nation is warning the United States of “disastrous” consequences if it continues to meddle in the area.

U.S. secretary of defense Ash Carter recently vowed that America (i.e. its taxpayers) would “remain the most powerful military and main underwriter of security in the region for decades to come.”

Chinese admiral Sun Jianguo said such a pledge was “a military threat … which challenges and disrespects the international law of the sea.”

“It could even play out in a disastrous way,” he added.

China has been battling with Brunei, Malaysia, Taiwan, Vietnam and The Philippines over various strategic positions in the South China Sea.  Chinese muscle-flexing also extends into the South Pacific – part of an effort to challenge American naval superiority via the establishment of what one source described to us as “forward deployment and area denial crossroads.”

“They want the airport and seaport next to U.S. bases on Guam,” one of our sources recently told us, referring to Chinese claims on the island of Yap, whose parent government recently announced its intention to sever ties with the United States – effective in 2018.

Earlier this month the Permanent Court of Arbitration (PCA) – an intergovernmental agency based in The Hague – ruled that China had no basis to many of its maritime claims in the disputed commercial corridor.  That decision – which China insists was the result of U.S. interference – has prompted a dramatic escalation of tensions in the region.

“China will use all military resources to make sure that the U.S. will not win this battle,” one analyst told RT.

Our view?  Even if it had the money to do so, America has no business fighting other nations’ battles in the South China Sea.  It’s simply not our job – although U.S. president Barack Obama is working overtime trying to enact a crony capitalist trade deal in the region, and he may view this dispute as part of that effort.

Either way, it seems as though America is about bite off a lot more than it can chew …