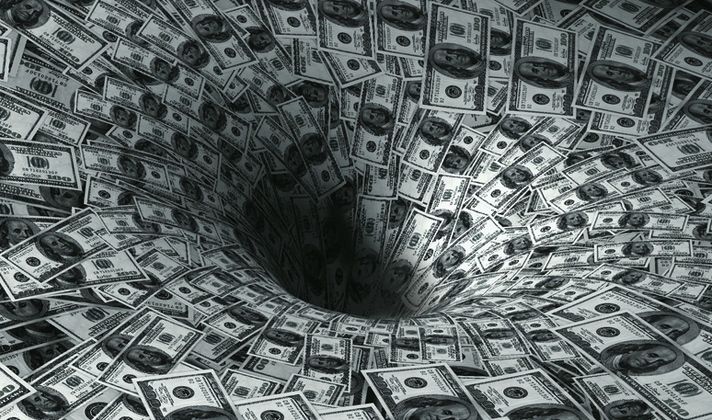 Earlier this week we did a big story on the status of South Carolina’s unemployment insurance (UI) trust fund – which is the account that rang up a billion-dollar deficit during the peak of the recession.

The gist of our story?  That “Republican” leaders erased this fund’s massive deficit – and created a $280 million surplus – on the backs of the Palmetto State’s small business.

We’ve had a lot of blowback from that column …

People simply don’t believe South Carolina businesses were harmed in the repayment of this debt.  They have also questioned our numbers regarding the size of the fund’s surplus.

On the latter count, the critics are absolutely correct.  According to the latest federal data, this fund’s surplus is not $280 million – but $460 million.

Our original report quoted data from the S.C. Department of Employment and Workforce (SCDEW) – the scandal-scarred agency charged with administering this fund.  Specifically, we referenced a SCDEW report recapitulating the fund’s balance from the end of the 2014-15 fiscal year.

The latest federal data (posted to our always lively comments section) is from one week ago – and it shows the fund has indeed grown by a whopping $180 million in twelve months’ time.

We’ll return to this $180 million figure in a moment …

Several readers who responded to our recent report also alleged that we discounted the impact of tax relief provided to businesses who paid into this fund.

“Employers got a tax cut,” one commenter noted.

Yes, they did.  In fact we wrote about this so-called “unemployment insurance tax relief” in the early summer of 2011 – pointing out the $146 million “cut” was tied to a state budget that grew by a whopping $1.3 billion.

Does that sound like “tax relief” to you?  Of course not – especially when you consider these very businesses were hit with a massive tax hike just months before the modest “relief” arrived.

It gets even better, though … well, worse if you’re a South Carolina taxpayer.

The massive $22.1 billion budget for FY 2011-12 (which contained this meager $146 million in “tax relief”) also contained a $180 million line item for borrowing intended to shore up … wait for it … the unemployment insurance reserve fund.

Pushed by governor Nikki Haley, this state loan was intended to cause a “shift in who the (trust fund) repayments go to.”  All it did, though, was pump $180 million into the same fund Haley and her cronies were raiding to subsidize the $146 million in tax relief.

And remember … all this hook and crook was effectuated just months after lawmakers imposed the largest corporate tax hike in South Carolina history (which businesses were raising hell about at the time).

Let’s assume for the moment, though, that our critics are correct in asserting that this massive money drain on small businesses didn’t have (isn’t having) a negative effect on the state’s economy.

Why, then, is South Carolina beset by sagging income levels?  Why do we have such anemic labor participation?  Why is our overall economic growth grinding to a standstill?

In the five years since we first exposed issues with the unemployment insurance fund, South Carolina’s budget has mushroomed – expanding from $22.1 billion to more than $28 billion.

That’s a whopping 26.6 percent increase, people … and for what?

Listen: We’re more than happy to admit when we are wrong … but the criticism we’ve received in the aftermath of our reporting on SCDEW and its ballooning unemployment insurance account does little to alter our basic premise.

We maintain that small businesses in this state have been unfairly held back over the last five years as a result of all the new money they’ve been forced to pay into this fund – and that this has had a demonstrably deleterious effect on the state’s economy.