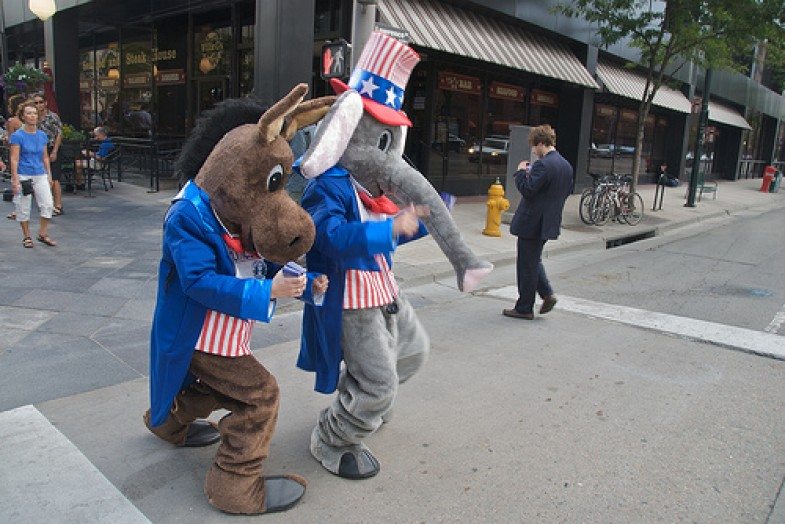 If we’ve said it once, we’ve said it a million times: “Republicans” and Democrats in Washington, D.C. differ little on the bread-and-butter fiscal issues that ought to matter to voters of all ideological persuasions.

Were there a real difference, “Republican” control of the U.S. House and Senate would have meant something … which it clearly hasn’t.

Nonetheless, consumer comfort in America continues to show evidence of this tired, old partisan divide.  In fact according to the latest data from Bloomberg’s Consumer Comfort Index (CCI), voters who identify as Democrats are currently far more sanguine in their views on the economy than their “Republican” counterparts.

Bloomberg’s CCI (.pdf) clocked in at 43.9 this week – down slightly from last week but still well above its late spring swoon.

The CCI is based on three subindices: Americans’ ratings of the national economy, their personal finances and the buying climate.  The broader index – and it subindices – range from zero (bad) to 100 (good).

Of interest?  Respondents identifying as Democrats rated at 52 on the index this week (the highest reading since February) – while “Republicans” registered 37.9 (the lowest reading since March).  As recently as late May, GOP respondents enjoyed a modest edge. 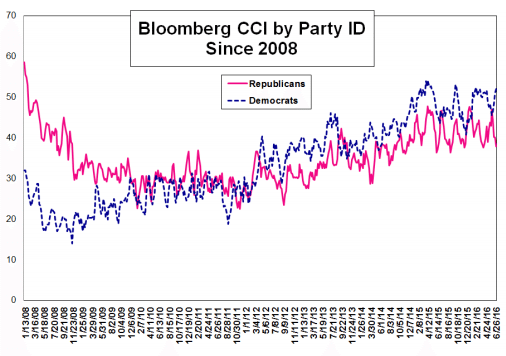 Driving this growing divide?  Conflicting views on the national economy.

“These results demonstrate how partisan predispositions can inform economic sentiment,” noted analysts at Langer Research Associates (where the CCI has been compiled on a weekly basis dating back to December 1985).

For most of the current year, it’s been in a holding pattern … 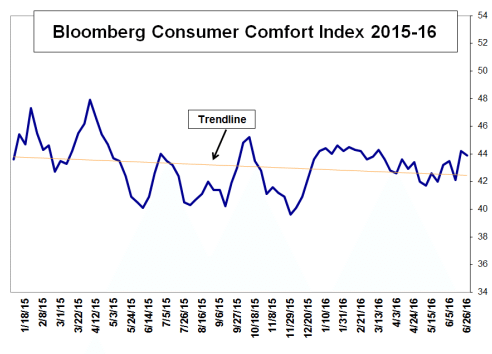 Boeing Is In Trouble … Again