During S.C. governor Nikki Haley‘s first term in office, this website relentlessly exposed scandal after scandal at her “workforce” agency – the S.C. Department of Employment and Workforce (SCDEW).

Our reporting ultimately led to the resignation of the agency’s scandal-scarred former director, Abraham Turner.  And while there were any number of reasons Turner could have been let go, his resignation was announced just days after we exclusively reported on SCDEW doling out $54.5 million in “improper claims.”

The problems didn’t stop after Turner left, though.

Two years ago, for example, we reported on allegations that Haley’s administration was deliberately deceiving lawmakers regarding just how bad things had gotten at the agency.  That revelation was made in a lawsuit filed by a former SCDEW employee.

“The Governor’s office staff trained DEW employees … on how to evade the Legislators’ questions and provide as little information as possible to them when the employees were asked questions,” the lawsuit alleged.

Cheryl Stanton – a New York attorney hired by Haley to right the ship at SCDEW in the aftermath of Turner’s tumultuous tenure – has been running the agency for the past three years. 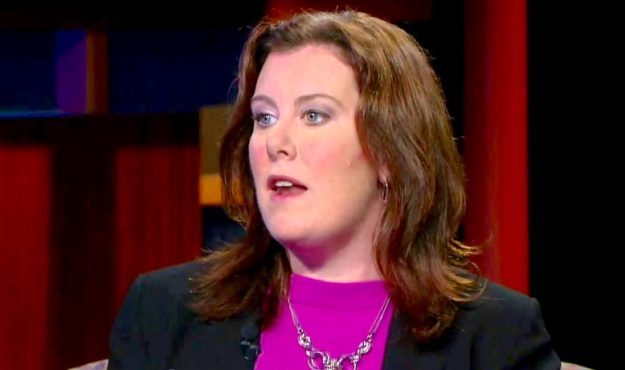 One of Stanton’s first hires was Bill Beckham, SCDEW’s director of “organizational integrity.”  Among the functions Beckham was tasked with overseeing was fraud and overpayment in the agency’s disbursement of unemployment insurance benefits.

According to our sources, Beckham was recently asked to fire a SCDEW employee named Ryan Sneed – whose division is charged with collecting unemployment benefits that were paid out improperly.

What did Sneed do to warrant getting the axe?  Good question.

Intended to streamline the benefit disbursement system of several southern states (including Georgia and North Carolina), this program is currently “at risk of failure,” according to our sources.

Sneed has reportedly been very vocal inside the agency regarding SCUBI’s problems – putting him at odds with SCDEW chief administrative officer Neil Adcox, Stanton’s aide-de-camp.

Apparently his criticisms hit a little close to home, though – prompting Adcox and Stanton to push for his ouster.

“Cheryl wanted to get rid of (Sneed) because he was raising concerns about SCUBI’s flaws,” one of our sources said.  “Millions of taxpayers’ dollars are being poured into this project that Neil Adcox cannot get off the ground.”

Two months ago, things came to a head.  Beckham resigned from SCDEW, sending a letter to Stanton in which he laid out her and Adcox’s involvement in an effort to fire Sneed on trumped-up allegations.

“You’ve directed me to work with Neil Adcox to institute some type of personnel action against Ryan Sneed,” Beckham wrote in his letter to Stanton.  “I respect your authority, but can’t in good conscience comply with an order I consider to be morally and ethically wrong.”

Beckham added that Sneed was a “knowledgeable, coachable and hard-working” employee and “one of the key resources necessary to ensure the success of SCUBI.”

“I have no idea what Ryan has done to anger you,” he added. “You’ve pointed out your dissatisfaction with his work on SCUBI, but none of the evidence I have been able to gather from emails or interviews supports this.”

Sound familiar?  Similar allegations of employees being fired for trumped-up charges formed the basis of the lawsuit against the agency two years ago.

Obviously our main concern here isn’t SCDEW’s interoffice drama.  As far as we’re concerned, the agency’s leaders can hire or fire as they see fit – on whatever grounds they choose.

Our concern is the references to tens of millions of tax dollars being wasted on a government program that isn’t working.

Anyway, we’ll keep our readers up to date on any additional information we uncover related to the latest scandal at SCDEW.   We’re also probably due for an update on the agency’s management of the state’s massive unemployment insurance trust fund … so stay tuned for that, too.