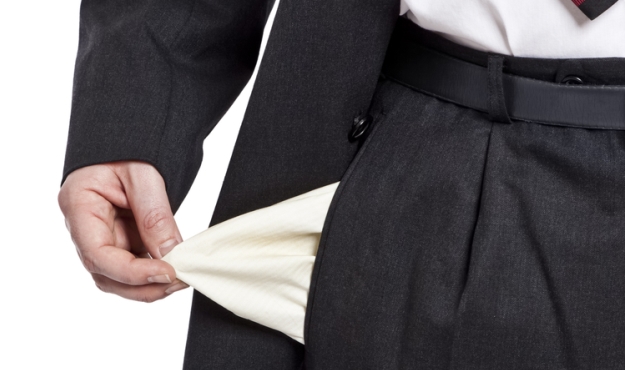 It’s curious to see how S.C. lawmakers and Gov. Nikki Haley are patting themselves on the back for what they – and the mainstream media – are referring to as $146 million in “unemployment insurance tax relief” included in the state budget.

That’s a funny way of describing this particular government appropriation, because the way we see it this is a $146 million tax increase on Palmetto state taxpayers – who are being asked to pick up the tab for it as part of the largest budget in state history.

More to the point, even those businesses that will directly benefit from this appropriation aren’t getting “tax relief,” they’re getting a modest reduction in the massive tax hike that lawmakers imposed on them a year ago in attempting to pay down a $1 billion debt to the federal government.

Businesses in this state are still on the hook for nearly $800 million in new unemployment insurance taxes – and that number could go up before it goes down if our state’s unemployment rate keeps climbing.

Yeah … that “tax relief” doesn’t sound so good now, does it?

But such are semantics at the S.C. State House, where up is down, down is up – and everything is guaranteed to be backward.

Champions of this “tax relief” clearly hope voters have forgotten the plan crafted last year by S.C. Sen. Greg Ryberg (R-Aiken) and House Majority Leader Kenny Bingham (RINO-Lexington), which forced businesses that laid off workers during the recent recession to bear the brunt of the repaying the state’s unemployment insurance trust fund – which was exhausted in December of 2008.

In fact not only was this fund exhausted, it rang up a whopping $933 million debt.

Haley supported the Ryberg-Bingham plan – calling it an “excellent reform” as recently as four months ago. Of course when she started taking political heat for this position, she changed her mind and proposed that state government borrow $180 million in an effort to temporarily alleviate the pressure on repaying this fund.

Anyway, this fund – which once had a balance of $800 million – started experiencing problems as far back as 2001, when it first dipped below recommended reserve levels. Also, until recently the fund was managed by the notoriously corrupt S.C. Employment Security Commission – a legislatively-controlled agency that has since been replaced by the S.C. Department of Employment and Workforce, part of Haley’s cabinet.

Of course while this fund was being depleted, state government bureaucracies in South Carolina were receiving more than $4 billion in “stimulus” funds over the last two years – money that might as well have been flushed down the toilet.

Seriously … if the federal government truly wanted to “stimulate” the economy (as opposed to bailing out bureaucracies) why didn’t it just forgive this loan?

An even better question? How making taxpayers assume the burden for $146 million of a $1 billion business tax hike is “tax relief?”

Don’t get us wrong, we’d rather see this money go toward this purpose than seeing it poured into the bottomless pit of our state’s worst-in-the-nation, “one size fits all” government education monopoly … in fact, there’s a case to be made that we could have completely eliminated this debt in light of the $1.3 billion in new money that lawmakers are appropriating for the coming fiscal year.

But whatever you call this $146  million appropriation … don’t call it “tax relief.”