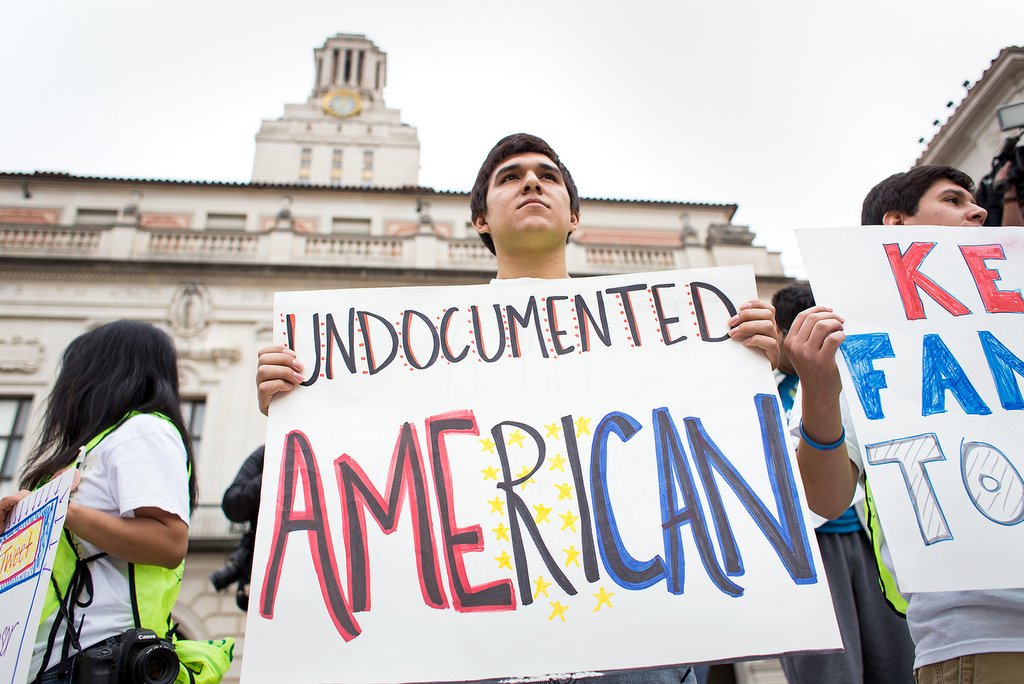 AND WHAT SHOULD WE DO WITH THEM?

The issue of illegal immigration is front and center … again.  Politicians are debating what causes it … and what to do about it.

But before we go into all that, let’s look at the numbers …

According to the Pew Research Center (which used Census Bureau data in its calculations) there were 11.7 million illegal aliens in America in 2012.

“The estimated number of unauthorized immigrants peaked at 12.2 million in 2007 and fell to 11.3 million in 2009, breaking a rising trend that had held for decades,” the center noted last September.  “Although there are indications the number of unauthorized immigrants may be rising, the 2012 population estimate is the midpoint of a wide range of possible values and in a statistical sense is no different from the 2009 estimate.”

Now that we know roughly what sort of numbers we’re dealing with, what’s to be done?

First of all, this website has never pandered to the “deport everybody” crowd.  On the flip side, we don’t embrace the “pathway to citizenship” (although some “pathway to status” seems reasonable).

“What the hell do (people) think a ‘pathway to citizenship’ is?” we wrote recently, “… beyond a glaringly obvious admission that America lacks the resources and political will to deport anybody.”

So if nobody’s going to get deported, what’s the answer to the immigration debate?

We believe it is multi-faceted.  First of all, the security of America’s borders is a core function of government – one that’s been neglected as Washington’s welfare and warfare states (and crony capitalism, eco-radicalism and regulatory terrorism) have spiraled out of control.  Why not stop subsidizing millions of things government shouldn’t  be doing and start spending tax dollars on one of the handful of things it should  do?

Next, a distinction must be made as to what type of immigration – and immigrant – we want to incentivize/ discourage.  Just as there are “takers” and “makers” amongst U.S. citizens there are also different types of immigrants – those who come to America to mooch and those who come to work (many of them doing jobs Americans feel are beneath them).

It’s easy to slap convenient stereotypes on people, but remember: Immigrants start companies. They hire people. They buy stuff. And oh by the way they are responsible for a lot of the free market innovations that were driving this country toward unprecedented prosperity.  In fact every time you Google something, you’re using technology created by an immigrant.

Hell, when you get right down to it we’re all immigrants …

So why the hostility?  It’s easy: People need a bogeyman.  They need someone to blame for their lot in life.  That’s why we have the stereotypes.  That’s why we have hundreds of aspiring Adolf Hitlers out there looking to make Hispanics into the new Jews – a population they believe must be demonized (and then deported) so that uneducated white Americans can have their jobs.

Don’t get us wrong:  Those who enter the United States illegally should automatically forfeit their right to American citizenship and taxpayer-funded benefits of any kind.  And illegal immigrants who commit violent crimes should be deported immediately.  But the bottom line is without its immigrant workforce, America would shut down.  And without the immigrant population contributing to the tax base, America is never going to dig its way out of a $17.5 trillion hole.

Immigrants work.  If more American citizens did, then we wouldn’t have an immigration problem …

Romano: Are We Due For Another Recession?