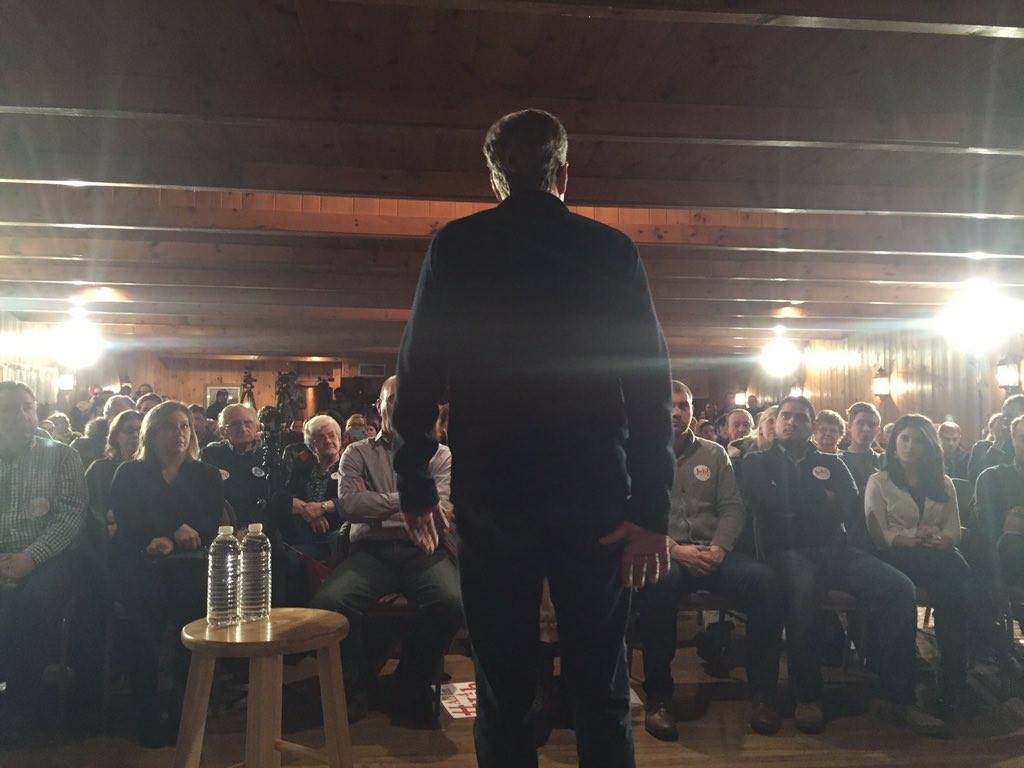 Earlier this month, former Florida governor Jeb Bush was protested by a group of Confederate flag supporters at the S.C. State House.

“Jeb Bush is a traitor to Southern Heritage,” one of the placards at the protest rally read.

Of course as we’ve noted previously, “Southern Heritage” supporters at the grassroots level in South Carolina aren’t always of the same mind as their Confederate “generals.”  In fact the divide between these two factions became abundantly clear last summer during the debate over the Confederate flag‘s removal from the grounds of the S.C. State House.

As a candidate, Bush made no bones about his views on the Confederate flag – calling it a “racist” symbol during a June 2015 visit to Nephron Pharmaceuticals, the site of one of S.C. governor Nikki Haley‘s most infamous crony capitalist failures.

“If you’re trying to lean forward rather than live in the past, you want to eliminate the barriers that create disagreements,” Bush said in response to a question from one of the company’s black employees.

But now – with uber-liberal U.S. Senator Lindsey Graham of South Carolina dropping out of the presidential race and endorsing Bush – the neo-Confederate political consulting empire of Richard Quinn and Associates could be on the verge of rallying behind Bush’s bid.

Sources tell us a deal between “the Quinndom” and Bush’s presidential backers is imminent – which would put the services of South Carolina’s largest (and arguably most influential) political consulting firm in Bush’s column during the final month before the Palmetto State’s “First in the South” presidential primary.

The deal may have even included the endorsement of Graham as a “sweetener.”

Richard Quinn Sr. – the patriarch of the “Quinndom” – denied that his firm had reached a deal with Bush or any other entity supporting his presidential bid.

When asked whether he was “in negotiations” with Bush or pro-Bush organizations, he declined to comment.

Since narrowly winning the 2008 S.C. presidential primary with liberal U.S. Senator John McCain, the “Quinndom” hasn’t had much success in presidential politics.  In 2012, the firm put its muscle behind former Utah governor Jon Huntsman – an effort that flamed out spectacularly.

Huntsman received the endorsement of The (Columbia, S.C.) State newspaper, but that was about it.  He failed miserably to connect with Palmetto voters – and dropped out of the race six days before the “First in the South” primary.

In the waning moments of that race, Quinn endorsed another liberal “Republican” – former U.S. Speaker of the House Newt Gingrich – but it’s not clear if his eleventh hour support contributed anything whatsoever to Gingrich’s victory.

This year, “the Quinndom” has been supporting Graham – another dubious effort.

Last April, Graham was polling at 15 percent in his home state – and appeared well-positioned to play the role of spoiler in this pivotal early primary.  By the time he abandoned his presidential bid last month, though, his support had plummeted all the way to 1.7 percent.

Again, in his own state …