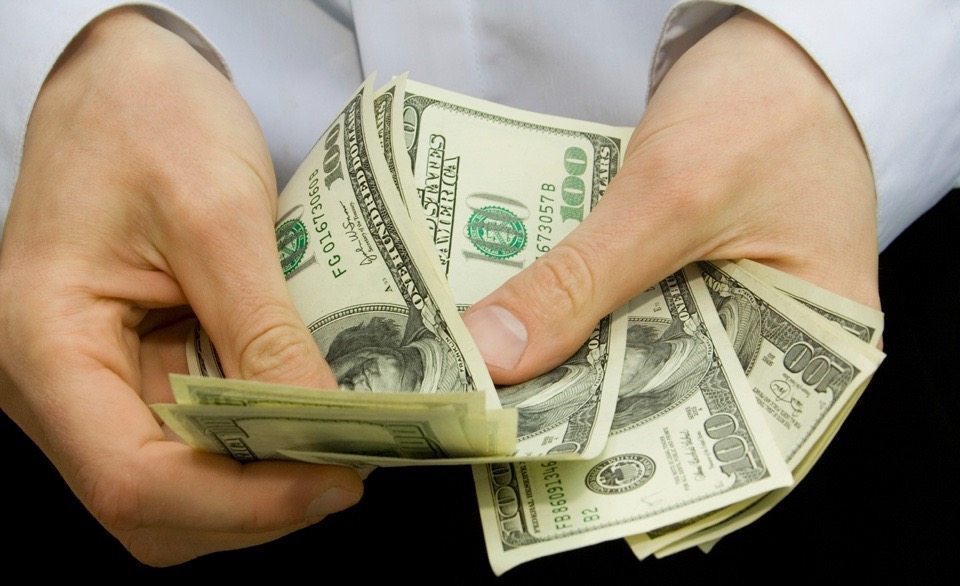 Consumer comfort took a “breather” this week from its recent ascent, but remains relatively strong despite growing concerns about the underlying health of the global economy.

Is that confusing?  No … economic indicators don’t always chirp in unison.  Some predict trends, others lag behind them.

Anyway, Bloomberg’s Consumer Comfort Index (CCI) – which measures consumer comfort on a scale of zero to 100 – currently stands at 44.4.  That’s an increase of 4.8 points from its 2015 low, which was reached back in November.

“Improved perceptions of the nation’s economy have been key to the recent climb,” tabulators of the index (.pdf here) noted. 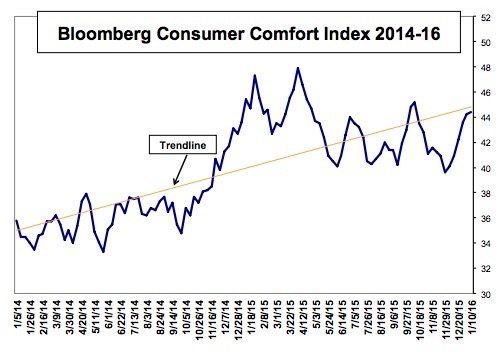 Is the uptick sustainable?  We don’t think so …

While the CCI economists touted an “exceptionally strong December jobs report,” the reality is the current employment situation is not nearly as healthy as the government would have us believe.

We’re hopeful U.S. consumers will continue to feel optimistic about the economy (and spend accordingly)  … but given the turmoil in the global markets and the weakness of numerous key leading indicators, we’re not counting on it.

Compiled weekly since December 1985, the CCI is based on 1,000 national random-sample landline and cellular telephone interviews, 250 per week (in a four-week rolling average). Its record high of 69 was reached on January 16, 2000.  Its record low of 23 has been reached on four separate occasions – most recently June 21, 2009.