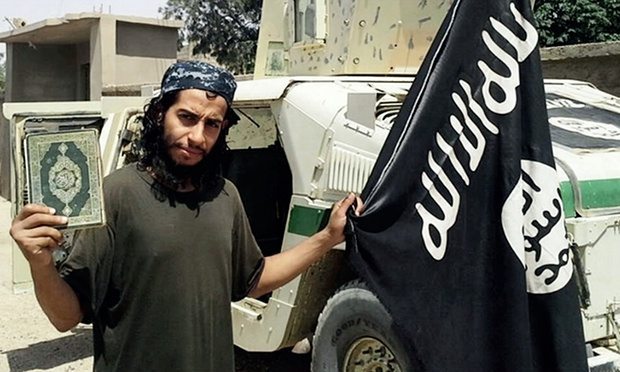 ABAAOUD “ON OUR RADAR” FOR SOME TIME

Abdelhamid Abaaoud – the alleged ringleader of the terror attacks that rocked France last week – was killed in a pre-dawn raid by French authorities this week.

The body of the suspected terrorist – believed to be in his late twenties – was found riddled with bullets inside an apartment residence in Saint-Denis.  That’s a suburb just north of Paris, where 129 people were killed during last Friday’s coordinated attacks on restaurants, a concert hall and a soccer stadium.

French police say they pumped more than 5,000 rounds of ammunition into the apartment during the raid – and used explosives that resulted in a floor collapsing.  Five special forces soldiers were wounded in the attack, and one police dog was killed.

According to French authorities, they were able to pinpoint Abaaoud after one of his relatives used a cell phone that led them to the apartment building.

This week’s raid wasn’t the first time the French have targeted Abaaoud, a rumored close associate of Abu Bakr al-Baghdadi (a.k.a. Ibrahim), the “caliph” or leader of the Islamic State in Iraq and Syria (ISIS).  By the way, al-Baghdadi is the guy who was mocked in a cartoon by French satirical publication Charlie Hebdo just prior to a January 2015 terror attack that killed seventeen people in Paris – most of them at the headquarters of the magazine.

Last month French war planes targeted a training facility in Raqqa, Syria where Abaaoud was said to have been training ISIS fighters.  French counterterrorism officials also told CNN they believed the militant was organizing an ISIS cell in Belgium.