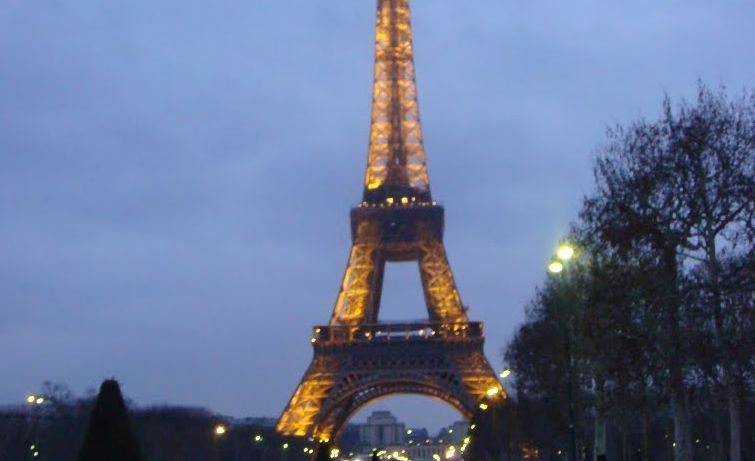 || By FITSNEWS || Twelve people are dead and three more critically injured after gunmen stormed the offices of a French satirical magazine this week and opened fire.

The publication – Charlie Hebdo – has poked fun at the prophet Muhammad on several previous occasions.  In fact its offices were firebombed in November 2011 – just as an edition featuring a caricature of the Islamic founder on its cover was hitting the streets of Paris.  Just prior to the latest attack, the magazine published a cartoon featuring Abu Bakr al-Baghdadi (a.k.a. “Ibrahim“) – the caliph of the Islamic State of Iraq and Syria (ISIS).

French President Francois Hollande condemned the “exceptional barbarity” of the attack against the magazine and referred to its perpetrators – several of whom were still at large following the incident – as terrorists.

“This is a terrorist operation against an office that has been threatened several times,” Hollande said.

According to eyewitnesses, at least three masked gunmen clad in black and brandishing AK-47 machine guns stormed the publication’s offices – shouting “Allahu Akbar” (“God is Great”) and “we have avenged the prophet Muhammed” as they opened fire.

Paris deputy mayor Patrick Klugman told ABC News the gunmen “called out the names of their victims” and shot them “one by one in the head, execution style.”

After killing nine Charlie Hebdo employees – including the paper’s editor (47-year-old Stephane Charbonnier) and several of its cartoonists – the assailants fled the scene via a hijacked vehicle.  They later dumped that car and hijacked another vehicle at Rue de Meaux in northern Paris.

Several YouTube videos have emerged showing the attackers … including this fairly graphic (consider yourself warned) clip in which they murder an as-yet-unidentified individual during their escape.

The first police officers to respond to the attack were reportedly unarmed – which may explain why the perpetrators were able to get away.

“The first responders who arrived at the scene on bicycles and without defensive weaponry were entirely unprepared to face an ongoing attack by murderous, AK-47-wieldling Islamist gunmen,” Noah Rothman wrote for Hot Air.  “The first police to arrive at the scene of the attack were forced to withdraw in the face of superior firepower.”

French Interior Minister Bernard Cazeneuve confirmed his government is hunting “three criminals” in the aftermath of the shooting – which left another eleven people injured (some of them critically).

French officials say two of the alleged attackers are French nationals – brothers aged 32 and 34 years.  The third alleged attacker is said to be 18 years old, although his nationality is not yet known.

Like all lovers of life and liberty, we condemn acts of violence like this.  Beyond the taking of lives, the attack on Charlie Hebdo is also an attack on free expression – a deliberate effort to suppress the free flow of the marketplace of ideas.

Summing Up The Paris Attack …