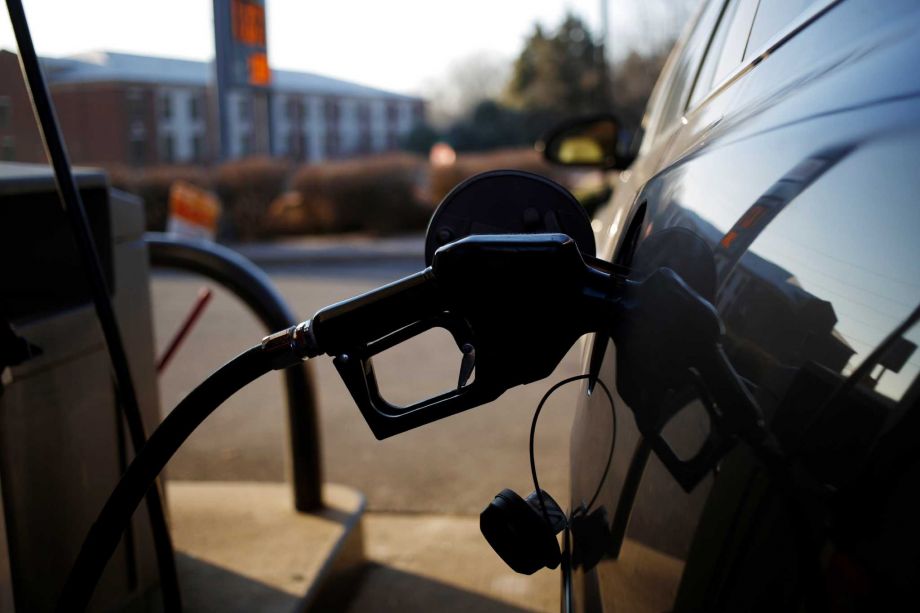 You knew it was coming …

The push to raise gas taxes in South Carolina in the aftermath of “Floodmaggedon” is officially on … and in an ironic twist it comes from a Democrat who was endorsed in her 2014 statewide race by a bunch of limited government advocates.

Ready for more irony?  It comes from a Charleston, S.C. mayoral candidate … a woman whose city has been literally besieged in recent years by state infrastructure spending.  In fact in referencing the infrastructure plan of Ginny Deerin, we recently noted how “Charleston has received a disproportionate share of state road funding in recent years.”

We also pointed out where one State Senator recently said lawmakers in Columbia, S.C. had been “force feeding asphalt to the coast, while the Upstate and many rural areas starve.”

Much of that money has gone toward totally unnecessary projects, too.

Nonetheless, Deerin is the first politician in South Carolina (that we’ve seen, anyway) to publicly declare her support for a gas tax hike in the aftermath of this week’s catastrophic flooding.

Expect to hear that a lot in the coming days, people …

Deerin is attempting to score points against S.C. Rep. Leon Stavrinakis, the current frontrunner in the race for mayor of Charleston.  We’re generally not fans of Stavrinakis, but we do appreciate that he voted against gas tax hikes.

Early estimates of infrastructure damage in the aftermath of this week’s flooding stand at $1.5 billion.

Assuming it stops building interchanges for Volvo … as well as interchanges to nowhere … and interstates it doesn’t need …  and other wasteful multi-million dollar projects …. then yes it absolutely can afford to repair the damage done by the storm and shore up existing infrastructure needs without raising taxes.

In fact, the state could cover the entire shortfall – and have $900 million to play with – if its leaders agreed once and for all to abandon the fiscally reckless Interstate 73 project.

Beyond that, there’s more than $447 million currently sitting in the state’s two reserve accounts, and – as we noted earlier – the state has millions more in future projected surplus funds available.  Also, the state currently has an estimated $1 billion in bonding capacity – and would have a lot more available if Gov. Nikki Haley hadn’t been doling out corporate welfare like Halloween candy.

Oh, and let’s not forget the fact that the S.C. Department of Transportation (SCDOT) has seen its annual budget soar by more than 80 percent – from $1.1 billion to $1.8 billion – over the last four years alone.

That’s a ton of new recurring money available in addition to the one-time options outlined above.

Wait … why didn’t all that money make a dent in the state’s infrastructure issues earlier?

Because South Carolina’s government (especially its highway commission) is hopelessly corrupt, that’s why …

But you knew that already …

Seriously, people: It’s a $26 billion budget.  The money is there.

Oh, and all this back-of-the-envelope math is before we start discussing what percentage of road and bridge repairs the federal government is going to assume, and before we start contemplating what non-essential government bureaucracies, programs and expenditures can be eliminated as part of an effort to better prioritize state spending.

South Carolina has sufficient resources to repair and properly maintain its roads and bridges without raising taxes.

It always has.  It’s just chosen not to … which is one reason this repair tab is so big.

Finally, something bears repeating: As we said numerous times during the gas tax debate earlier this year, South Carolina motorists – by virtue of their dirt poor status – pay more of their income on fuel than the residents of any other state save Mississippi or West Virginia.  In other words they simply cannot afford to further subsidize another round of terrible choices by state leaders.