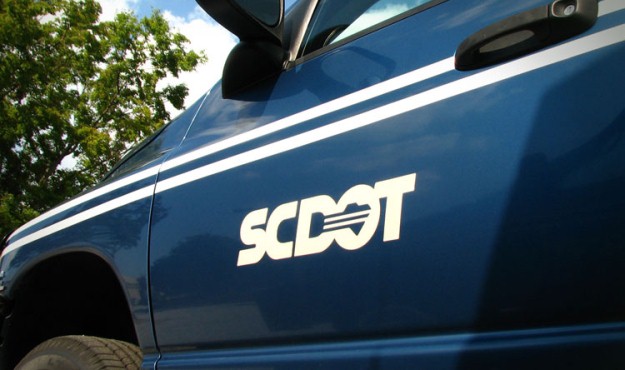 (Projects it then claims as part of a “shortfall“).

Ignoring this corruption and fiscal recklessness, a major push was undertaken last year by status quo lawmakers to raise South Carolina’s gasoline tax – even though Palmetto State residents already pay more of their income in fuel than residents of any other state (save Mississippi and West Virginia).

Thankfully, this effort – which would have pumped more money into the same failed system – was unsuccessful (thanks to  S.C. Senator Tom Davis).

“We used to do fraud investigations at DOT, but we’ve been restricted from doing those now,” Townes said during a recent legislative hearing.

Not only that, Townes said audits which made SCDOT look bad were frequently “tabled.”  In other words, they were withheld from state lawmakers.

“We’re to distribute all our audits to the commission as well as four legislators overseeing (the) committee,” Townes said.  “I recently received a new job description that says the commission wants to review them before the legislature sees them.  Now we’ve got a new step in here that’s being proposed that the commission would have the authority to see them, and stop them actually, before they were sent over to the legislature.”

It gets even better … well, worse if you’re a South Carolina taxpayer.

For his efforts to hold this agency accountable, Townes is now in danger of losing his job.

“Either Mr. Townes needs to understand that we are his boss, the Commission, or he needs to find another job,” SCDOT commissioner Mike Wooten told him during the meeting.

Wooten – who chairs the SCDOT subcommittee that oversees internal audits – admitted that information has been withheld from lawmakers.  Not only that, Wooten said these withheld audits are not subject to the state’s Freedom of Information Act (FOIA) law because they were never made “final” – i.e. approved by the SCDOT commission.

In other words, he’s hiding them from the public, too.

So to recap: An agency which has proven utterly incapable of responsibly managing our tax money (leading to a disastrous infrastructure situation) not only hid fraud reports from state lawmakers and from the public – but is now trying to fire the guy who prepared them?

And this is the agency we’re supposed to shower with billions of dollars in new revenue from a gas tax hike?

This commission must be abolished.  SCDOT must become a full cabinet agency directly accountable to a popularly elected governor – not a puppet of powerful lawmakers with vested interests in the status quo.

Of course based on her prior two choices (here and here), state lawmakers would be forgiven for waiting to enact this reform until S.C. governor Nikki Haley is out of office.

But the bottom line is unavoidable: The current system is corrupt.  And no amount of additional money is going to fix that.

Which is true across-the-board in state government …

In fact all of the “Republicans” who have breathlessly supported raising gas taxes have also approved billions of dollars in new spending on South Carolina’s worst-in-the-nation government-run school system, its duplicative and inefficient higher education system, bailouts for wealthy corporations, shady ‘economic development‘ deals and … lest we forget … dozens of exorbitantly expensive and totally unnecessary highway projects.

As we’ve repeatedly said: “The money is there.  More than enough, even.  Lawmakers just need to spend it wisely.”

They also need to insist on real accountability – not coverups and intimidation – from SCDOT.