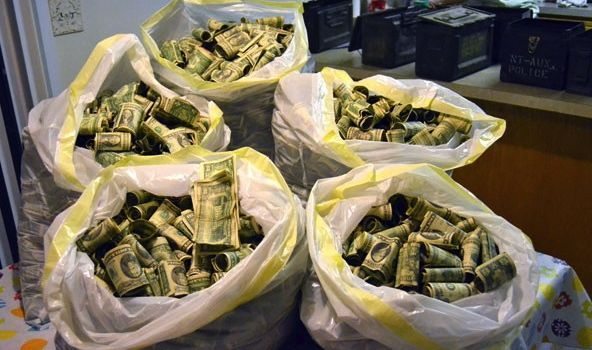 THE ARGUMENT FOR “MORE MONEY” JUST GOT SHREDDED …

|| By FITSNEWS || This website has been saying for months that South Carolina’s government has more than enough money to adequately fund the construction, maintenance and repair of a functioning network of roads and bridges.

Government doesn’t need to raise gas taxes, it simply needs to do its job and prioritize spending – especially transportation spending.

This week, there are 400 million new reasons in support of our contention.  We’re referring, of course, to the $400 million in new money the state’s Revenue and Fiscal Affairs (RFA) office is expected to certify this week.

In our humble opinion, every penny of this extra money should go to income tax relief.  Why?  Because our state’s people are dirt poor – and that money could dramatically empower our consumer economy.

But that’s not going to happen …

Nor, apparently, are state lawmakers going to pump it all into roads and bridges.

Why wouldn’t White and S.C. Senate president Hugh Leatherman – ardent gas tax hike supporters – immediately agree to pump all of this money into roads and bridges?

That’s easy: Because doing so would prove there’s no need for a gas tax hike.

And they want that tax hike … desperately.

In fact that’s why they’ve been touting a so-called “shortfall” that includes hundreds of millions of dollars for totally unnecessary projects (while legitimate needs go unaddressed).

Fortunately one lawmaker, S.C. Senator Tom Davis, is standing up to his fiscally liberal colleagues, the left-leaning media and an army of lobbyists – all of whom are demanding gas tax hikes.

Supported by a handful of fiscal conservatives – including S.C. Senator Shane Martin – Davis has been filibustering for the past two days in an effort to force his colleagues to see the light on this issue.

Probably not … but this $400 million in new money (on top of the nearly $26 billion lawmakers are already spending) is proof positive there is absolutely no need to raise gas taxes on South Carolina motorists, who already pay a higher percentage of their income on fuel than residents of any other state save Mississippi or West Virginia.