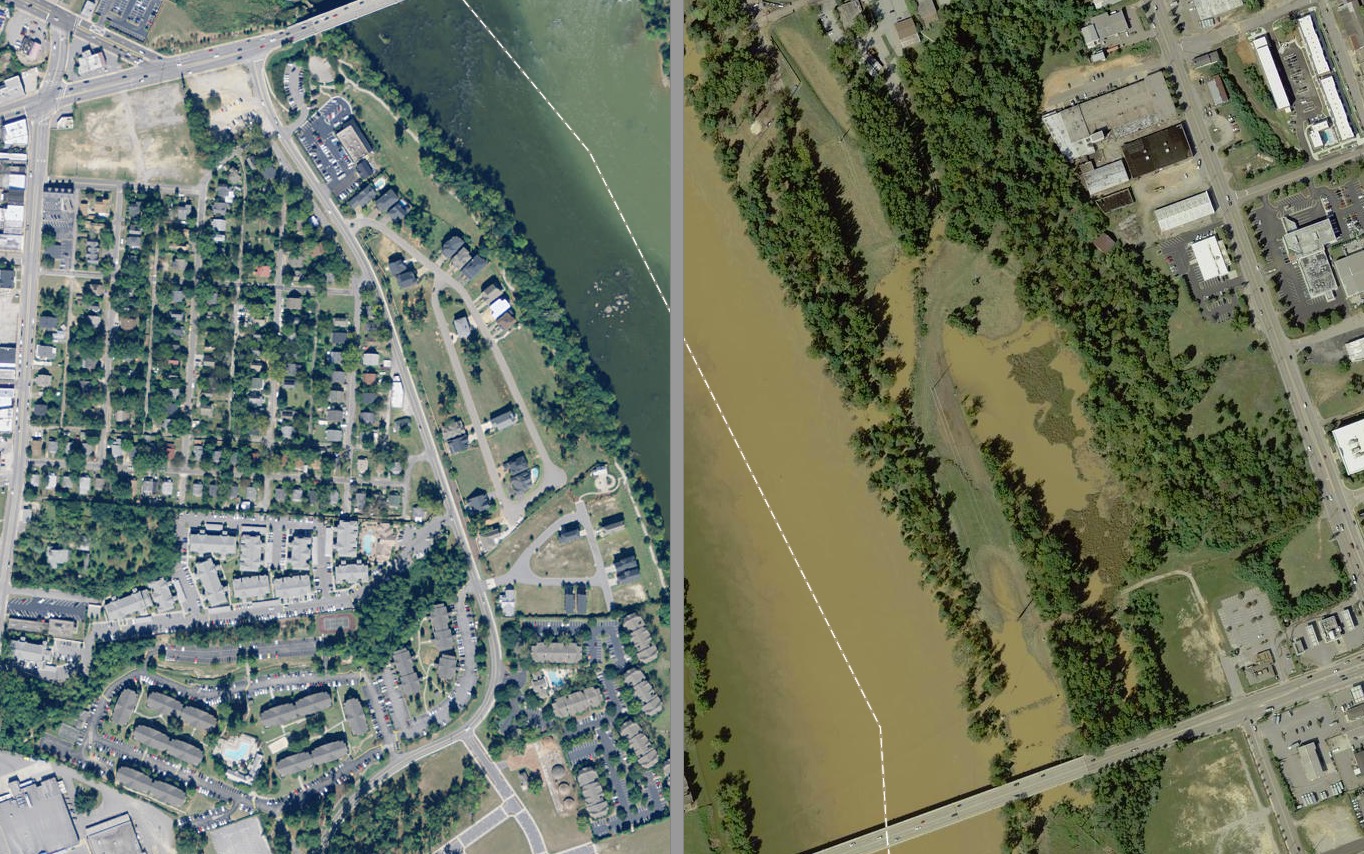 The death toll from “Floodmaggedon” – this week’s record-setting deluge and subsequent flooding – currently stands at seventeen (eleven victims drowned while six died in weather-related traffic accidents). Obviously that number could still climb, but whatever the final body count is – it would have obviously been much higher were it not for the brave work of emergency responders throughout the state.

The S.C. Department of Natural Resources (SCDNR), for example, conducted more than 800 rescues from October 5-7.

Hat’s off to them … and all those who put their lives at risk to save others.

As of this writing, an estimated 270 roads and 138 bridges across the Palmetto State remained closed – including a thirteen-mile stretch of Interstate 95 in Clarendon County.  In the immediate aftermath of the storm, 370 roads and 163 bridges were closed.

Fourteen dams have now been breached as a result of the storm, according to the latest list provided by the S.C. Department of Health and Environmental Control (SCDHEC).  For more on that story, click here and here.

Meanwhile hundreds of thousands of residents in the Midlands region of the state remain under a boil water advisory due to the threat of contaminated drinking water from Columbia, S.C.’s system – while National Guardsmen work for a third straight day to plug a breach in the Columbia Canal, which is located next to the city’s central wastewater treatment facility.

(For more on the state’s infrastructure situation, click here).

In other storm-related news, the S.C. Department of Agriculture (SCDA) estimated the state’s crop loss at more than $300 million.  The agency is looking to Washington, D.C. to provide an agricultural disaster declaration.

Cleanup and cost calculations continue to dominate the discussion in the aftermath of the storm – which dumped a staggering amount of rain on the Palmetto State.  An estimated 5.8 trillion gallons of rainfall descended upon South Carolina from October 1-5 – shattering precipitation records across the state.  Many areas received a third or more of their average annual rainfall during the storm.

“By the time the last raindrop is counted, the October 2015 storm will go down as one of the most prolific rainfall events in the modern history of the United States,” Nick Wiltgen of The Weather Channel noted.

While Palmetto State Budgets Were Soaring …