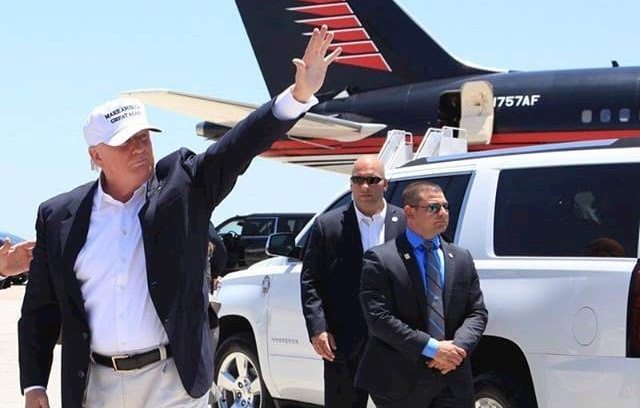 Surprise “Republican” presidential frontrunner Donald Trump has had everything but the kitchen sink thrown at him over the last few months by the U.S. political-media establishment.

Such an aggressive offensive would have killed off any other candidate … 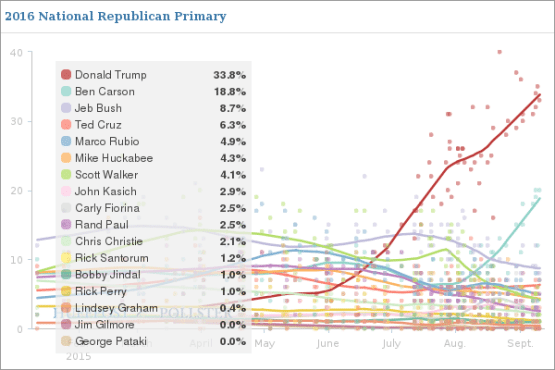 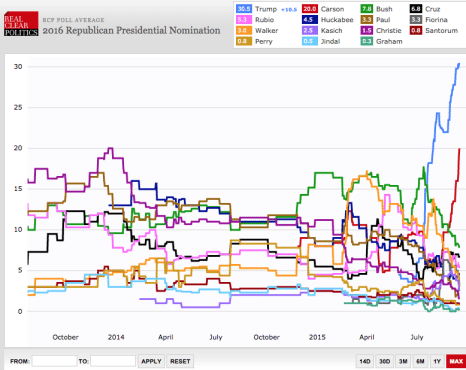 There’s no other way to put it: Trump is tonning it, leaving the two-faced “Republican” establishment scratching its collective head.

According to Bloomberg’s Mark Halperin – who has written the definitive piece on the campaign to defeat “The Donald” – Trump’s GOP rivals have decided “to go with an amalgamation of ‘deals and females,’ on the theory that those are Trump’s twin vices and the opposition could use those issues to at least pry away some parts of his current coalition and bring his poll numbers down closer to the pack.”

The basis of this first line of attack?

“Trump can’t be trusted because he is an egomaniac with a bad character,” Halperin wrote, paraphrasing the GOP establishment.

Other lines of attack will seek to label Trump as a liberal, as unfit to be commander-in-chief and as the consummate political insider (in contrast to the outsider image he has cultivated).

Then there are timing considerations …

“Barring some major unforeseen development, most Republican strategists now are resigned to deferring a climactic attempt to kill Trump until the field winnows down next spring,” Halperin wrote.  “This scenario, of course, ignores the prospect that Trump could rack up so many victories in the meantime that his momentum would be difficult, or impossible, to stop.”

As this four-pronged assault ramps up, the establishment will use “Web videos, surrogate attacks, press scrutiny, even multimedia TV buys” in an effort to deal death to Trump by 1,000 cuts.

Will the strategy work?  Can Trump be killed?

(Wait … maybe that’s not the best choice of words).

“The history of past nomination fights suggest he can be,” Halperin concludes.  “The untraditional front-runners of the summer silly season have always swiftly fallen to the back of the pack – or out of the race altogether – in the fall.”

That’s true … but Trump is no ordinary “untraditional front-runner.”  He doesn’t give a damn – and unlike the other candidates who turn tricks for special interest handouts, he can cash the checks his mouth writes.

As opposed to regurgitating what the set commands …

Most importantly, a construct has been established in this race that’s likely to continue working in Trump’s favor.  Right or wrong, broad swaths of the GOP primary electorate have concluded that Trump = Truth.  And not just any truth, the sort of unvarnished, unapologetic, unrelenting and uncompromising truth those attacking Trump have been too afraid to tell for far too long.

Accordingly, establishment attacks against Trump are increasingly seen as attacks on the truth the candidate is telling … not necessarily the candidate himself.

Not only that, rather than damaging Trump – the broadsides against him are thus far only reinforcing the message that those running against him are nothing but a bunch of hypocritical hacks, tools of the establishment Trump is holding accountable.

“I hope they attack me,” Trump recently told The Wall Street Journal, “because everybody who attacks me is doomed.”

Don’t believe him?  Ask Rick Perry – the most vocal of Trump’s early establishment attackers (which is ironic, considering he previously attempted to portray himself as a “tough guy” on the illegal immigration issue that fueled Trump’s initial ascendency).

Bottom line?  Trump’s candidacy is no novelty.  Nor is it a Jerry Maguire-style, bad pizza-fueled confessional.  Instead, it’s an increasingly clear and present danger to politics as usual in the United States.

And while we have many ideological differences with “The Donald,” we couldn’t be happier that he has turned the 2016 campaign on its head …