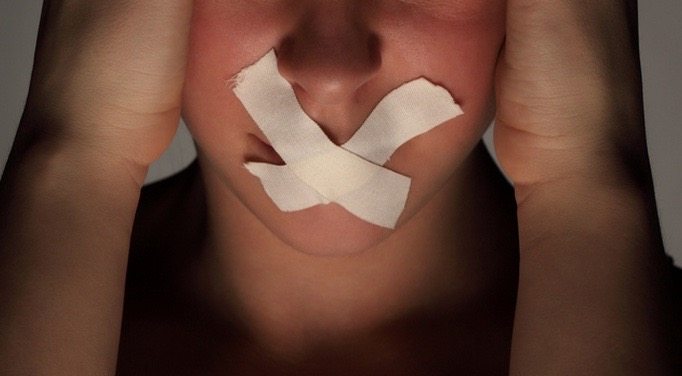 IN THE DYLANN ROOF CASE … IT’S A WORTHY QUESTION

This post is in reference to a gag order placed on the release of information related to the prosecution of Dylann Storm Roof – the 21-year-old confessed perpetrator of last month’s “Holy City Massacre.”

In other words, unless state and federal investigators, Roof’s attorneys and the families of the Mother Emanuel AME Church victims all agree – the public isn’t going to see crime scene photographs or hear 911 calls made at the time of the tragic, racially motivated attack.

Writing for Statehouse Report, columnist Andy Brack argues this is a good thing.

According to Brack’s latest column, Nicholson “should stand his ground and keep a gag order in place so images and sounds don’t spread throughout the world in an Internet flash.”

“These images and sounds eventually will be heard – during a trial,” Brack wrote.  “Until then, the court, prosecutors and defense lawyers should insist they remain private to keep from inflaming public opinion.”

Brack says keeping a lid on the sensitive information is, for now, “the right thing to do.”  But he also argues there’s a fundamental due process issue at stake.

“In a rush to sell more newspapers or grab more Internet eyeballs, (the media is) not sharing the other side,” he wrote.  “They seem to forget that in American jurisprudence, anyone who is accused of a crime has a right to a fair trial — no matter how much people may not like that for one reason or another.”

This is a classic case of competing liberties – the right of the press to have immediate, unfettered access to public information versus the right of the accused to receive a fair trail. It’s a situation in which circumstantial discernment is required – not unlike the debate over religious freedom versus liberty-depriving discrimination.

Where do we draw the line?

In Roof’s case we believe his confession – and the manifesto he wrote foreshadowing the violence he carried out  – makes the “fair trial” argument far less compelling in this case.

Having said that, if there’s no disputing that the information is eventually going to be released (you know, unlike certain sections of the 9/11 report) then we have a hard time getting our backs up demanding it be released now.

Our default setting is simple: The public has a right to public information.  Without delay.  And without exception.  And if it were up to us, that standard would apply to all of the materials being sought in connection with the Roof case.

But Brack makes a very compelling argument on behalf of Nicholson’s decision … one we’d encourage all of our readers to check out.

I thought this article was going to be about the debate the national GOP is currently having about Trump?

My first thought was, crap another story about Jenny Horne

Jenny Horne and T-Rav walk into a bar…..

I gag every time I see Haley, Obama, and Hillary!
And, I don’t even have to have an order to do it.

I bet. That big democrat dick you been sucking for the past 6 years must get tedious.

Seems to me that Roof’s public defender (Ashley Pennington) has already set the stage for Roof to claim ineffective assistance of counsel. Penning made his own cheap psychological assessment of his client, said Roof is sane. WTF??? Killing 9 people is NOT sanity. Being under the influence of mind altering drugs is not sanity either.
.
I don’t condone nor defend Roof, but Pennington needs to be removed. Besides, I have seen tons of murder cases in SC where indigent defendants were appointed TWO private lawyers paid with public funds.
.
Pennington just wants his name out there. That’s all. Rumors that his office abuses and misuses public funds all the time. Especially his other office in Berkeley County. Do a forensic audit of both.

They won’t appoint the two private lawyers until the Solicitor declares she’s going to seek the death penalty.

Remember the Duncan Procter case in the 9th Circuit?

Patricia Kennedy was a private attorney back then, and she and the public defender (was it Ashley Pennington back then too?) Defended the case together, but two private attorneys weren’t appointed. It’s been 23 years my brain is a little foggy on details.

I recall Kennedy was removed from the case after her disruptive behavior to the presiding judge. She was working for Pennington back then (91-92)

Pennington a competitor? Or did he get cha in court?

Columbia attorney called for an investigation into the conduct of 9th Circuit Solicitor Scarlett Wilson and Public Defender Ashley Pennington, alleging the pair are guilty of ethical missteps that undermine the pursuit of justice.

Berkeley Count PD is Patricia Kennedy, or was. A bunch of lawyers had her run her out of Charleston when in private practice. She could make it in private anymore. Went back to PD work.

there is a big difference between this and your “debate” of religious liberty versus discrimination. There is a difference between should and must. People should treat each other with respect and honor advertised price, service etc. People (customers, companies, employees, employers, etc) must never be forced to have black customers served at a back entrance per the law of the state (read Jim Crow) or forced to accept the patronization of anyone they do not want serve, for any reason, (read recent anti religious freedom for business owners)

Relax. Nobody said you have to quit being an asshole. That’s still protected.

As a general statement, I thought this was the procedural action taken in any high profile, vicious, especially murder case. Keep evidence out of public viewing as to not prejudice the jury pool. There is more to it, than just that, but that should be sufficient.
I know some people are curious, in a morbid, circus-like manner.

A year until Roof’s trial is really going to test the strength of any gag order against the insatiable curiosity of the public. My big question is about the body armor Roof was wearing in the surveillance picture of him entering Mother Emanuel.

Me too — doesn’t look like the act of an insane person.

Maybe he’ll do us all a favor while the guards aren’t looking and save the taxpayers money on food, clothing, and a court date.