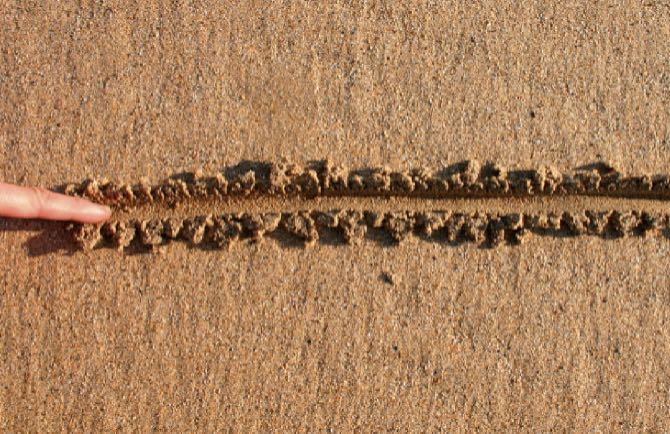 SIMPLE CONCLUSIONS … ALBEIT UNSATISFACTORY ONES

|| By FITSNEWS || We were excited to read columnist Kathleen Parker‘s take on the dueling liberties debate emanating from Indiana this week … at least until we finished her column.

Sure, Parker gave the discussion a nice recap.  She also landed on the correct conclusion: “Discrimination is a two-way street, and tolerance should apply equally to sexual orientation as well as to religious belief.”

Aside from exposing the ridiculousness at the fringes of this debate, Parker didn’t provide much in the way of such guidance.  So we’re left with the lingering question: In which cases does the liberty of a same sex couple seeking goods and/ or services outweigh the liberty of a citizen looking to faithfully uphold his or her religions beliefs?  Or put another way: In which cases should private sector transactions be subject to the laws of discrimination?

We’ve got several thoughts … unfortunately none of them lead us to a satisfactory resolution.

But in an effort to move things down the road a bit, here are those thoughts (in an attempted order of importance) …

1. No business should discriminate … no matter what one believes, the provision of goods and services by any business should be colorblind, gender-neutral and utterly indifferent to the religion or sexual orientation of its customers.  Or any other factor.  At least that’s what we believe.  In our view, the only “discriminating” factor in the free market – ever – should be the ability of the buyer to pay the seller’s price.  Obviously this pure free market ideal – which is how we conduct all of our business – is not agreed upon by millions of people across the country (for whatever reason).  Which is why we are having this discussion …

2. No government entity should ever discriminate … as we’ve repeatedly stated, we believe government should perform a very narrow set of “core functions” (cops, courts, jails, roads, bridges, etc.).  In pursuit of those core functions, we believe there is a fundamental (and constitutional) obligation to protect against all forms of discrimination.  This is why in addition to the fair and even-handed disbursement of justice (and government services), we have always supported same-sex civil unions as well as equal pay for female workers.  Government simply cannot discriminate – not without violating the Fourteenth Amendment, anyway.

3. The gay marriage debate is simple (and separate from this discussion) … as we’ve also repeatedly stated, the gay marriage debate has become needlessly complicated by government.  We’ve said it before and we’ll say it again: Government should have nothing to do with either the sanctioning or banning of marriage – gay, straight or plural.  Those decisions must be left to individual congregations – free from state compulsion one way or the other.  Also, given its status as a religious institution and not a financial transaction, we should separate the marriage issue from this debate entirely.

4. Liberties must be balanced  … now we arrive at the crux of the issue.  In assessing private sector transactions and interactions, in which situations do businesses and citizens have the right to discriminate?  Because let’s be honest: There are situations in which discrimination should be permitted.  And not just to safeguard religious liberty, but to protect economic liberty as well.  Protecting the right of businesses to refuse service has to be part of our free market framework on some level, even if we personally do not agree with it when it’s for discriminatory reasons (a.k.a. our first point).

So … where does that leave us?

As unsatisfying as it may be, we are back to the notion of circumstantial discernment.  The merits of particular cases.

Think of it like this: We’ve already established that government is constitutionally forbidden from discriminating.  And we’ve established that there must be a balance of liberty within the private sector – including the right to discriminate.  All that’s left?  Figuring out where (and how) the lines must be drawn.

Obviously a hospital emergency room isn’t the same as a florist … just as a dentist’s office is different that a restaurant.  Heating and air repairmen aren’t the same as utilities which power their machines.  And attorneys and used car salesman are … okay, there are some similarities there, we’ll grant you.

Bottom line? Each transaction has to be assessed based on the competing rights at stake – which puts added pressure on our judiciary to be fairer (i.e. blinder) than ever.